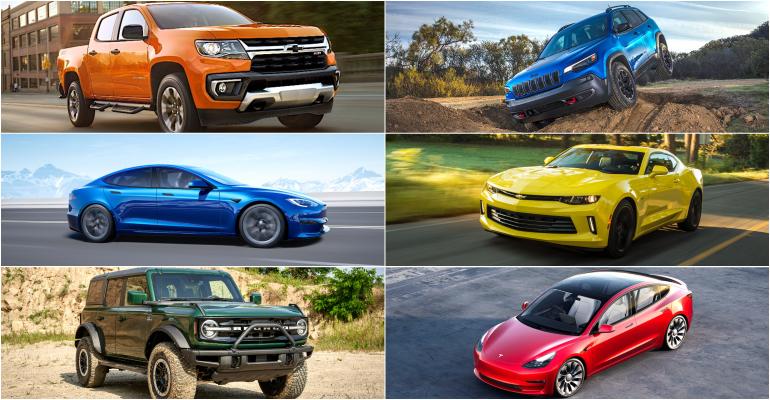 Start Slideshow ›
American University has crunched the numbers on domestic content and has a list of the vehicles that it has determined as the "most American."

American University has released its annual "most American" cars list for 2021, and there is some significant reshuffling of the order from last year, as manufacturers made changes to their sources of supply for some major components.

AU measures how American vehicles are based on seven criteria:

U.S.-based companies get credit for the fact that profits from their vehicles remain in the country. Labor, R&D, and Inventory categories look at where the car is developed and built. Major components including the engine, transmission, and chassis components all get their own scores toward the final result.

The highest-ranking cars, logically, are U.S.-based companies assembling the cars domestically from U.S.-sourced engines, transmissions, and other parts.

Because these parts make such a difference in the score, models are specified according to which engine and transmission are used. It is typical, for example, for automatic transmissions to be built in the U.S., while manual transmissions might be imported.