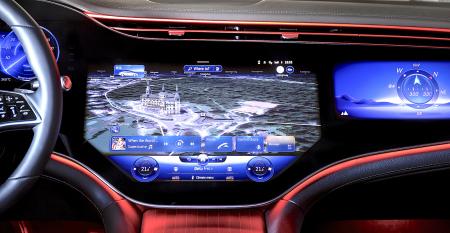 Microsoft Pairs with VW to Cure HoloLens Virtual Motion Sickness
May 09, 2022
Microsoft's HoloLens 2 augmented reality glasses worked fine when the wearer was stationary, but getting into a...

Innoviz Gears Up for Level 3 Driver Assistance
Feb 17, 2022
Lidar is getting better and cheaper just in time to contribute to Level 3 driving next year.

Golf Ball-Shaped Radar Provides a Better Picture for ADAS
Jan 14, 2022
Higher resolution, longer range, and a wider field of view mean that Lunewave can do the job of many conventional radars with...

AI Driving Systems Will Get Smarter Via AI Updates
Jan 12, 2022
Mobileye president says that the cloud can do more than update the maps for self-driving vehicles.

Cleaning ADAS Sensors with Sound Instead of Water
Jan 11, 2022
British tech company TTP says it will partner with ADAS sensor suppliers to incorporate ultrasonic cleaning directly into the devices.

Soft Car 360 More Forgiving Crash Target for ADAS Testing
Jan 03, 2022
When things seem likely to get a little out of control, it is better to test crash-avoidance systems with something other than a real car.
Load More