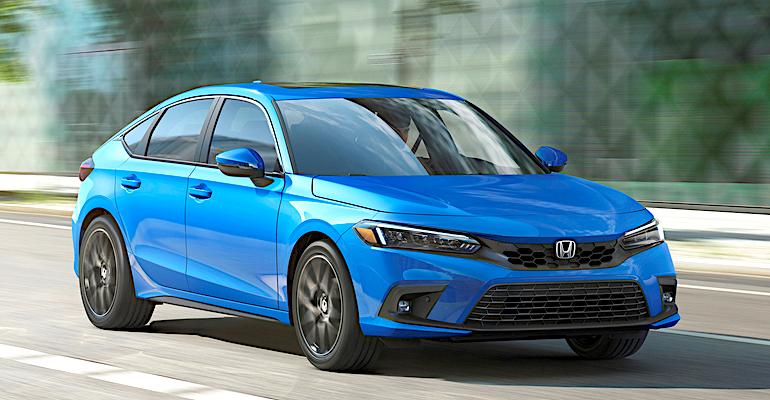 Honda Motor Co. is most renowned for its sophisticated drivetrain technology, with its powerful, smooth, and efficient combustion engines and innovations like the compound vortex controlled combustion (CVCC) pollution technology.

But the company’s Greensburg, Ind. plant for the Civic and its mechanical cousins, the CR-V and the Insight, is showing Honda’s capabilities in the area of body manufacturing, with the use of advanced high-strength steel, adhesives, and brazing to attach the Civic’s roof panel. 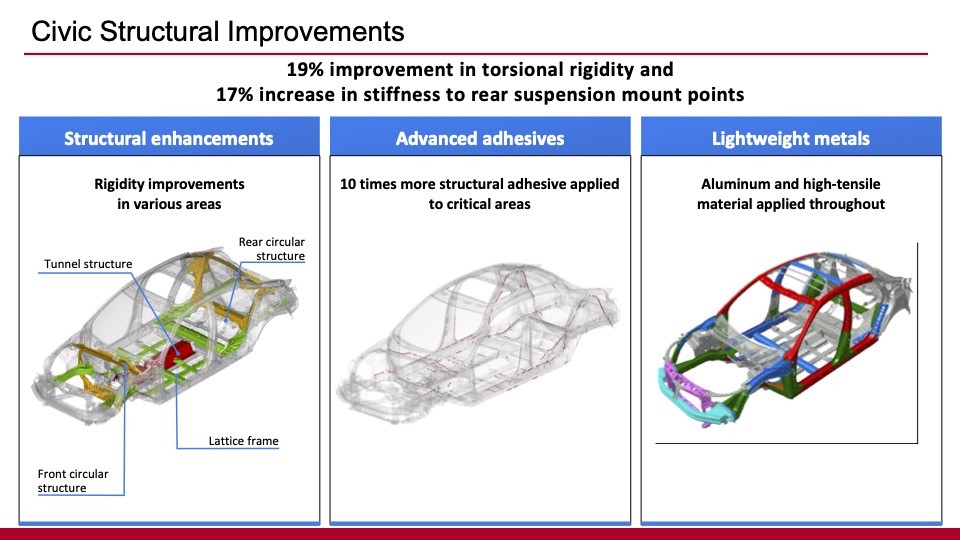 The 2.5 million sq. ft. plant opened in 2008, employs 2,600 workers and cranks out a quarter-million vehicles a year. The Civic is in its eleventh generation since its debut in 1972, and the Greenberg plant specifically builds the hatchback version. Compared to the four-door sedan, the hatchback rolls on the same chassis and uses the same hood, front sheetmetal, and front doors, with unique roof stamping, rear fender panels, hatch, and rear doors.

The new Civic’s body shell is now 38 percent high-strength grades of steel, with optimized structures throughout for maximum rigidity and crash safety. The eleventh-generation Civic sees a 19 percent increase in torsional rigidity compared to the previous model and a 17 percent increase in stiffness at its rear suspension mounting points. Some of this increase can be attributed to the application of ten times as much structural adhesive in this generation Civic.

This improved stiffness is vital to the handling of the Civic Si and Type R sporty variants, whose steering response and suspension control depends on those systems working as designed rather than being undermined by a twisting chassis.

Localized reinforcement also makes the Civic stronger in the event of a crash. There’s a new dashboard cross member that reduces deformation of the floorpan in the footwell during a collision, better protecting occupants’ feet. Honda also reinforced the end of the frame at the floor, behind the front wheel well, along with the front roof pillar, reducing cabin intrusion in a crash. Rear wheel arch reinforcement reduces deformation in the event of a side impact there.

The Civic also has a new design for the front upper frame member that stretches over the front wheel well. It deforms more now to improve impact energy absorption, while the front bumper beam has a new C-channel design in place of the previous closed box section that minimizes bumper collapse on impact. This lets designers shorten the car’s front overhang, as there is less crush space needed.

Where things get interesting from a manufacturing process standpoint, is where the roof panel meets the Civic’s side panel stampings. Honda says the laser brazing tool it employs features an innovative two-beam design, with the leading beam burning the surface clean before the trailing beam brazes the joint with copper filler. 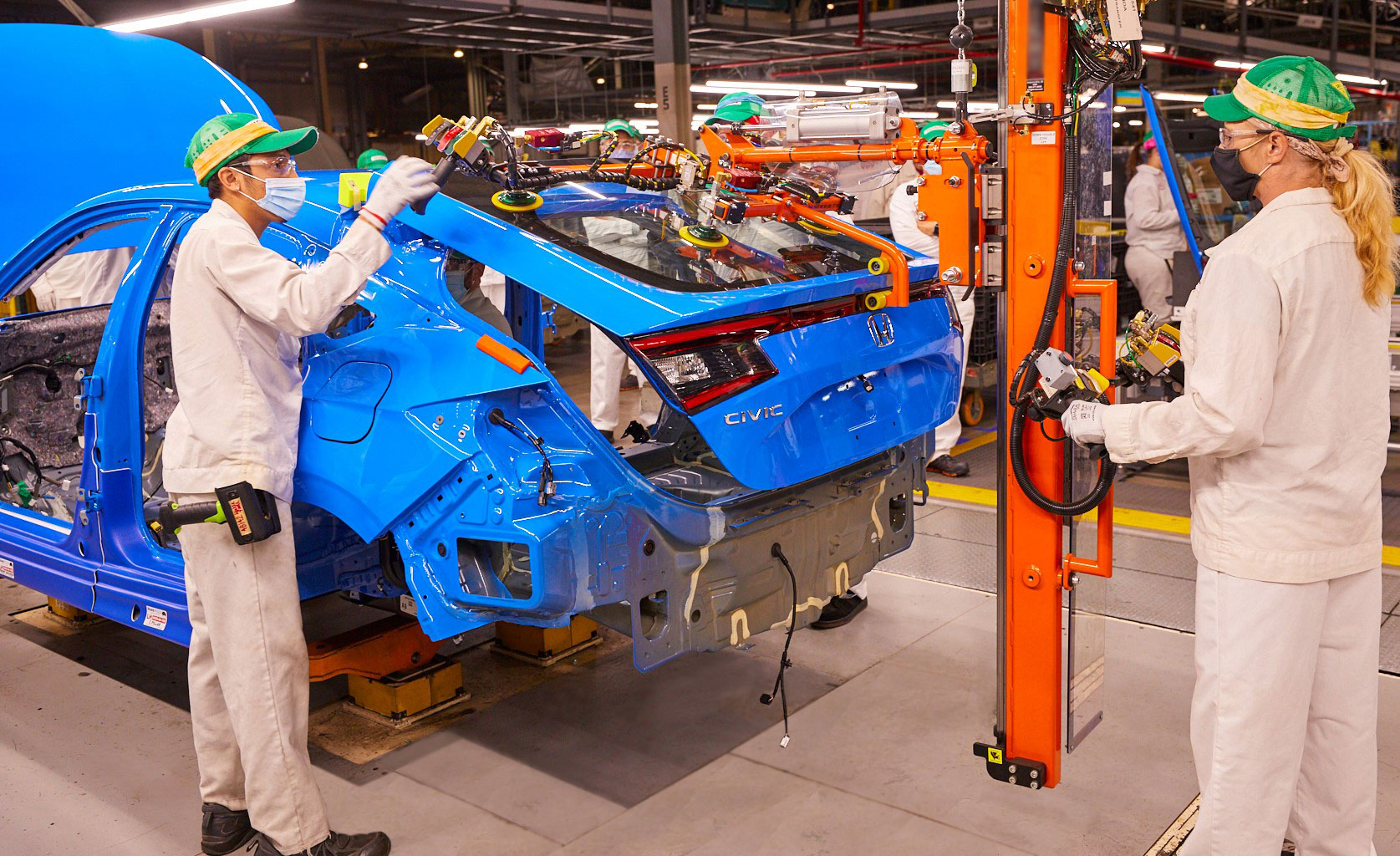 Honda workers install the hatch door on the Civic.

The brazed seam is 1.5 meters long on each side of the Civic’s roof and the process takes 44.5 seconds. In addition to contributing to the car’s increased stiffness, the resulting seam is smooth, providing a more attractive finish for customers.

The Greensburg plant is also assembling the 2023 CR-V. In preparation for this, Honda employed a “perfect body” fixture to achieve optimal fit and finish. This means creating a CR-V body that is milled from a solid block of steel with the highest dimensional accuracy so that the fit of parts on the line can be confirmed with the highest precision.

"We are proud the Indiana Auto Plant has been chosen to lead production in North America for an all-new model like the 2022 Civic Hatchback that is playing an increasingly important role in the U.S. market," said Larry Geise, plant lead at IAP. "Being selected to build the Civic Hatchback speaks to the experienced workforce we have here in Indiana and highlights the confidence Honda has in our associates to build the quality cars and light trucks our customers love."