A Dozen Dazzling Cutting-Edge Corvettes Over The Decades 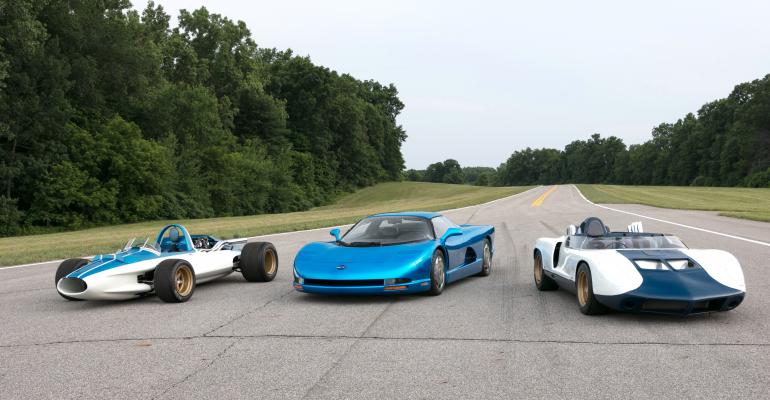 Start Slideshow ›
1960 CERV I, 1990 CERV III and 1964 CERV II (left to right). Image source: General Motors Co.
Before it become a nostalgia model, the Chevrolet Corvette was a technical pioneer.

Under Duntov, Chevy engineers produced testbeds like the mid-engine, open-wheel 1960 Chevrolet Experimental Research Vehicle (CERV) I, which looked like a mid-engine Indy Car a year before such a car debuted at The Brickyard. Duntov described CERV I as “a design without limit” and an “admirable tool” to instruct Chevy on “what to put in Corvette.”

The 1990 CERV III was designed as more of a high-performance road car than as a racer, with the aim of developing mid-engine structures for a production model that never arrived. The twin-turbocharged double-overhead cam V8 in CERV III produced 650 horsepower, forecasting the muscle of forced-induction Corvettes like the supercharged 638-hp 2009 Corvette ZR1.

Finally, with the eighth-generation 2020 Corvette Stingray, Corvette fulfills Duntov’s dream of a mid-engine layout. Just as importantly, Corvette reclaims its mantle as a contemporary technology leader.