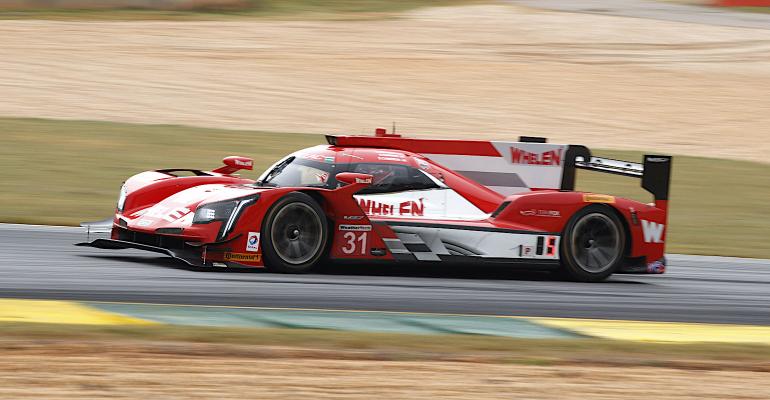 General Motors premium brand has announced it is returning to the 24 Hours of Le Mans sports car race in 2023 with the goal of competing for the overall victory. Its most recent effort in the top class of sports car racing was embarrassed by the technical tour de force put on by the Audi team that went on to dominate the race for the better part of two decades.

Those wins helped vault Audi back into the conversation with Mercedes-Benz and BMW, which Cadillac would very much like to also accomplish through its participation.

GM’s Corvette sports car team has run with an impressive success at Le Mans, but the company recently announced it would discontinue that effort. Now we know why. Rather than chasing victory among the slower production car-based classes, GM wants to push Cadillac to the front for the overall win against the highest-technology prototype race cars in the world.

Cadillac began its latest prototype program in 2017, with the DPi-V.R, a car that competes in the Daytona Prototype category in the 24 Hours of Daytona and Sebring 12 Hour races as well as the rest of the IMSA racing schedule in the U.S. The move to the LMDh category positions Cadillac to race for overall honors at Le Mans.

Related: Ferrari Exhibits Its Side Of The 'Ford Vs Ferrari' Le Mans Drama

“We are excited to compete at the top level of international motorsport in the LMDh class beginning in 2023,” said Rory Harvey, Cadillac Global Vice President. “Like motorsport, Cadillac is making the transition into a future driven by alternative propulsion. The hybrid nature of the LMDh rules will help us to bridge our technology transfer to our all-electric future.”

“We are excited to carry forward our success and continue to transfer our learnings and technology from the track to our production vehicles,
Harvey continued. “We have had great success with the championship-winning Cadillac DPi-V.R and look forward to building on that record into the future with the next-generation Cadillac LMDh.”

As is customary in this type of racing, the cars will be constructed by an expert racing specialist manufacturer, in this case, Dallara. The Italian constructor is best known as the sole supplier of Indy cars for the last couple of decades, but the company has also built Formula 1 cars and Le Mans-winning prototypes.

GM will provide a new engine that will be integrated into the common hybrid system that all LMDh cars will employ. These cars will be run by the Chip Ganassi Racing team and Action Express Racing starting with the 24 Hours of Daytona in January 2023 in preparation for Le Mans the following June.

“The IMSA LMDh category is looking to be very competitive with multiple manufacturers,” said Gary Nelson, AXR Team Manager “We’ve had a lot of success running the Cadillac DPi-V.R as one of the original teams since 2017 and we are looking forward to being a part of the next chapter of Cadillac Racing.”

For a look at Cadillac’s sports car racing history, click through our slide show.