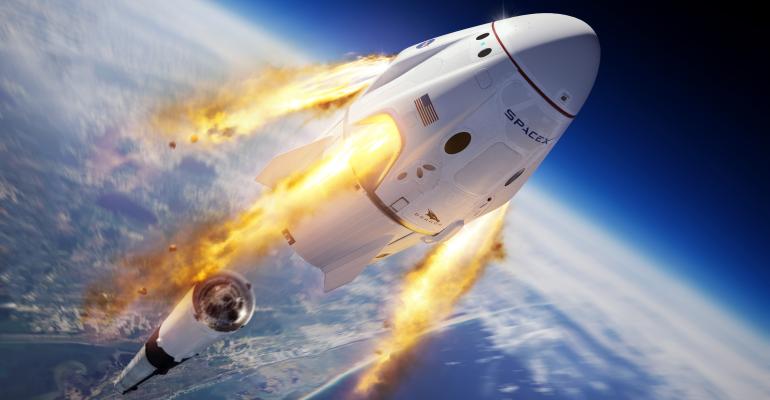 Engineers have made numerous improvements and changes since the capsule's 2014 introduction in Washington, D.C.

On the balmy afternoon of June 10, 2014, SpaceX CEO Elon Musk publicly unveiled the Crew Dragon space capsule at Washington, D.C.’s Newseum for an assembled crowd of guests from Congress, NASA, and the media.

The matte white Crew Dragon lounged beneath a sunshade on the sidewalk as guests, including your humble correspondent, took turns ascending the stairs and clambering inside to imagine a flight to space. The test article displayed that day was no mere mockup; SpaceX engineers on hand grumbled that their test schedule had been interrupted by this trip to the East Coast for their prized prototype. 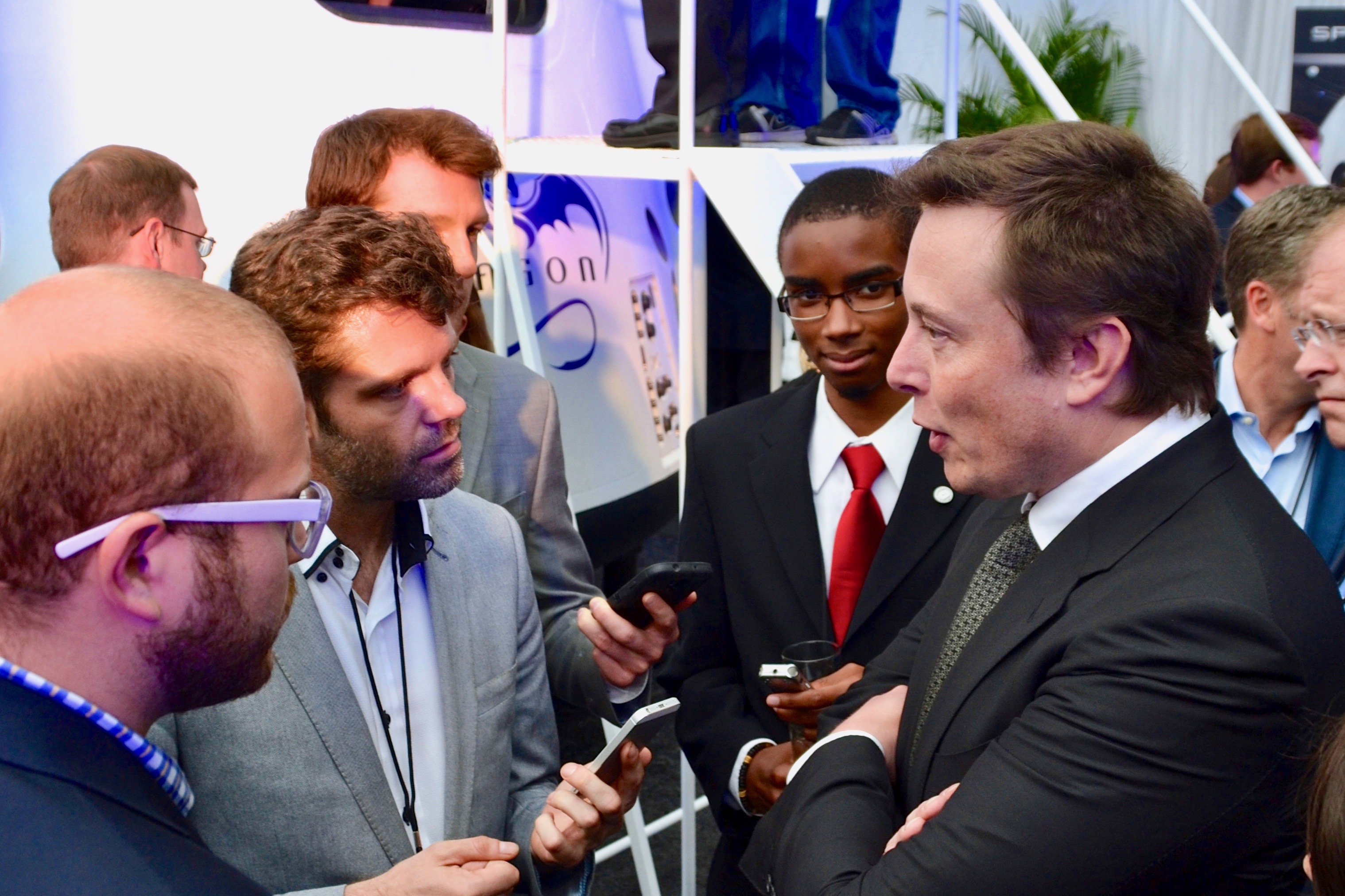 Musk was the proud papa that day, touting the numerous features of the Crew Dragon (then called Dragon 2). Some of those features will be tested in this week’s maiden crewed launch to the International Space Station, while others have been modified or dropped entirely. 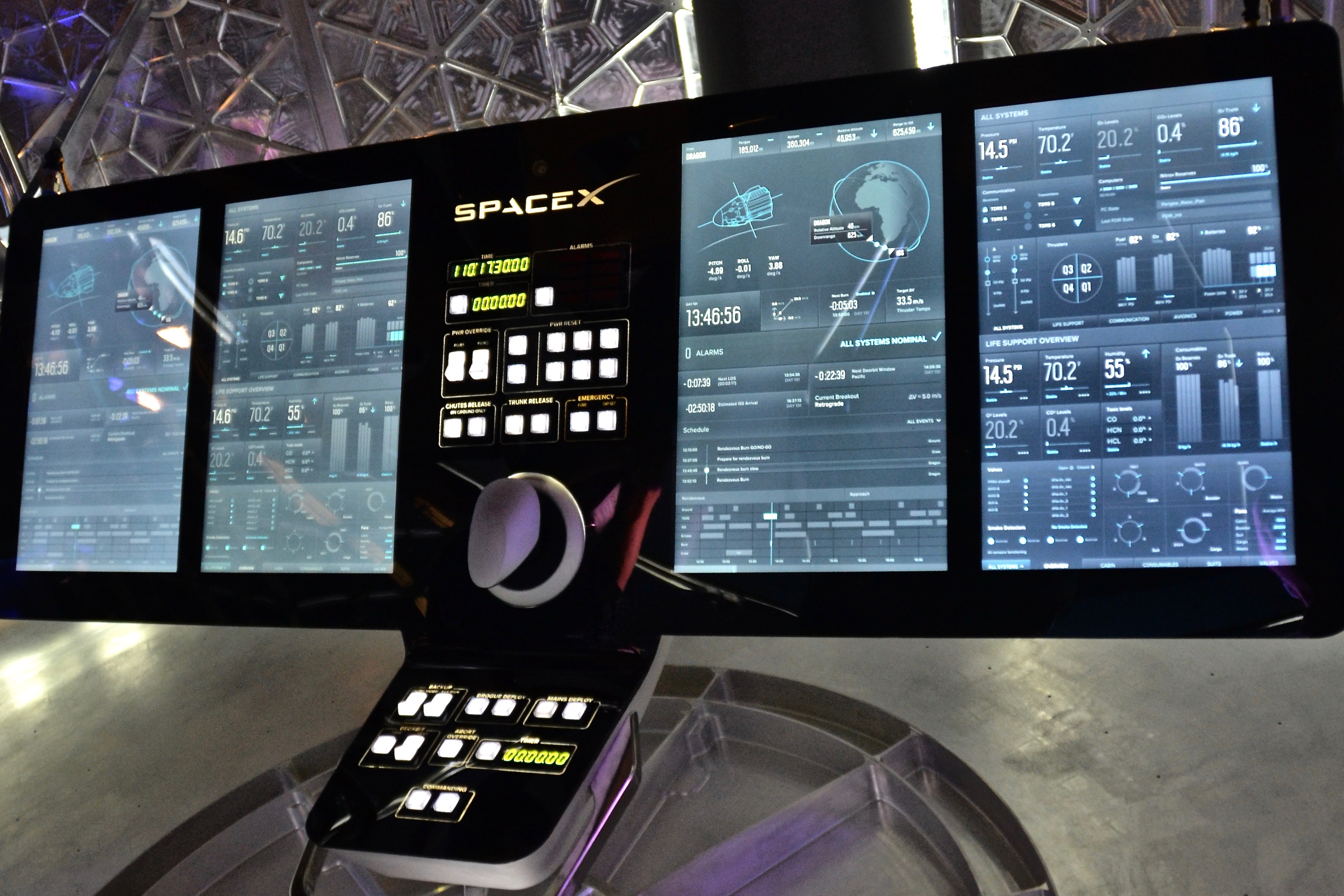 Inside the capsule, the most striking aspect is the twin array of duplicate touch screen displays (one pair for each pilot) that are astronauts’ primary means of controlling their craft. Experience using touch screens in cars suggests that during a bumpy ride it can be challenge to press the intended spot on the screen, so it will be interesting to see how well these systems work on a machine that is flying to space rather than sitting stationary for a media extravaganza.

SpaceX has provided a shared central console between the displays that is equipped with physical buttons and switches for critical functions during ascent and descent, so it could be the touch screen interface is only used when gliding smoothly in zero-g orbit.

Outside, the Crew Dragon’s massive Super Draco engines’ black exhaust nozzles dominate the capsule’s appearance. At the time of introduction, the Crew Dragon was going to use these engines for propulsive touch-down on land, like the rockets of science fiction. Musk explained his interest in this capability as an opportunity to test it for future use on Mars, where there’s no water for splashdown and the air is too thin for parachutes to be as effective as on Earth.

"It is a step in the direction of Mars," Musk explained of the Crew Dragon’s landing system. "For Mars you need propulsive landing. You have to get really good at it."

The Crew Dragon splashed down at the conclusion of the previous uncrewed test flight to the International Space Station. Image source: NASA/Corey Huston

Now, the Super Dracos’ sole job is for emergency aborts, both from the launch pad and during flight, when the capsule needs to be lifted away from its Falcon 9 booster. SpaceX has successfully tested the Super Draco engines in both modes, but not without some drama along the way. 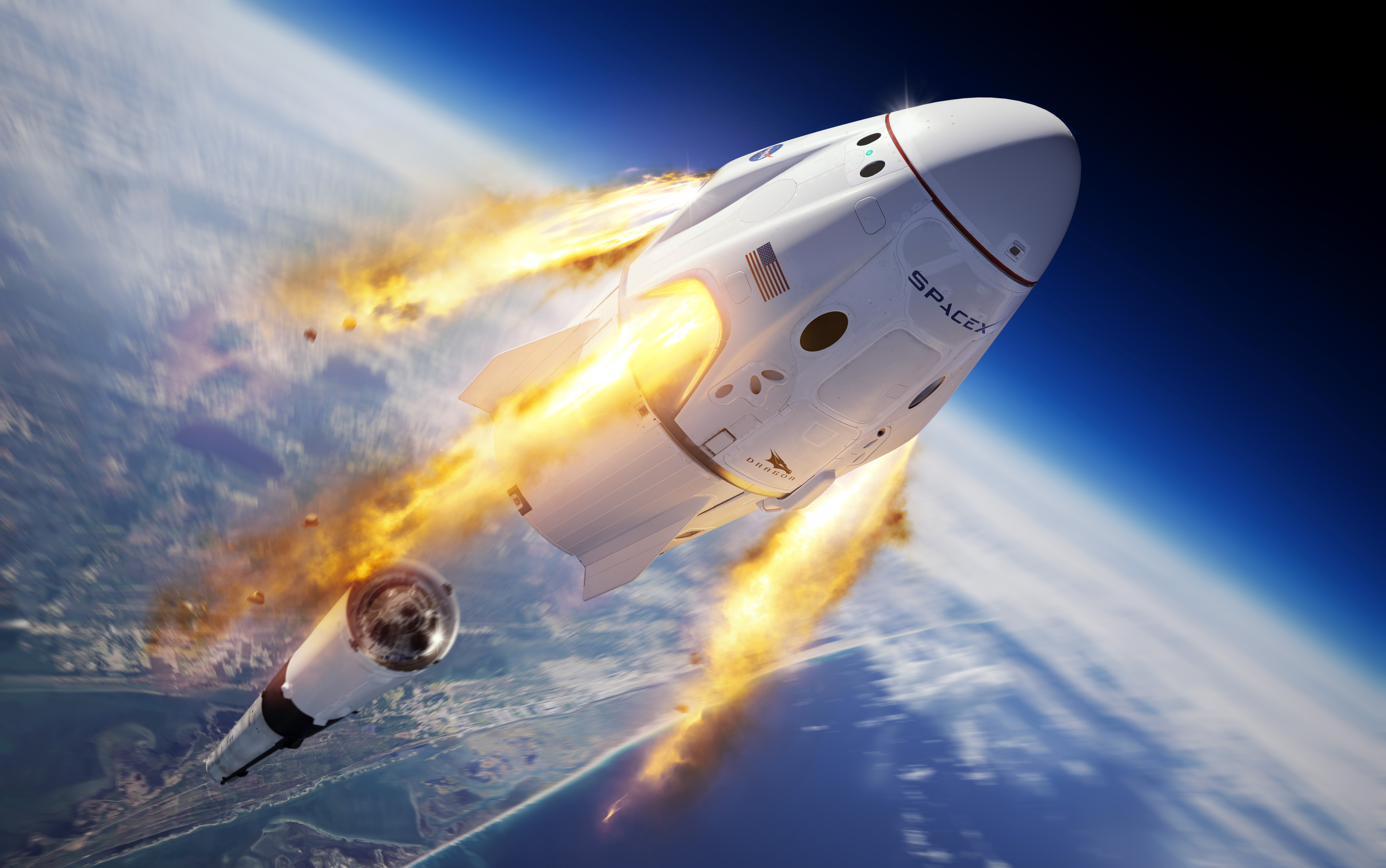 During an April 20, 2019 abort test the Super Draco engines exploded just before they were to ignite, destroying the Crew Dragon test article in a fireball. Subsequent analysis revealed that a small amount of nitrogen tetroxide had leaked into a helium pressurization line. When that line pressurized to 2,400 psi in preparation for ignition, the nitrogen tetroxide slammed into a check valve, causing the explosion.

Now, Crew Dragons use burst discs in place of check valves. Unlike valves, burst discs cannot leak, ensuring that nitrogen tetroxide stays where it belongs. Such is the process of engineering development, as described by Hans Koenigsmann, SpaceX vice president of build and reliability. "This was a ground test, it was not a flight test," he said. "We do ground tests so we can learn, and in this case we learned a lot, maybe almost more than what we wanted. It was certainly something we didn't expect and a great lesson for us."

The timetable has moved back, as happens in spaceflight. It will be interesting to hear Musk’s current plans for an orbital trip now that the possibility is becoming real. If he’s changed his mind in the intervening years, we’ll happily go in his stead.