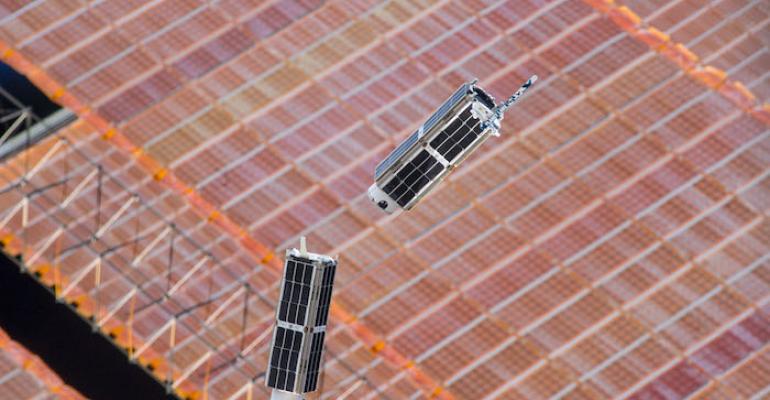 Start Slideshow ›
<p>Tiny satellites have made space accessible to a new generation of university students, private companies and even helped cash-strapped government agencies like NASA. Generally known as nano-satellites (nanosats) or cube-satellites (cubesats), this technology has been made possible by the semiconductor driven miniaturization of electronic and electro-mechanical systems. In recognition of the trend, the IEEE has even launched a new journal on, “<a href="https://ieee-jmass.org/what-is-j-mass/">Miniaturization for Air and Space Systems</a> (J-MASS).”</p><p>Mass is a premium consideration when placing anything into space. That’s why the names of tiny satellites depends upon their mass. Nanosats are the general category for any satellite with a mass from 1 kg to 10 kg. Nanosats include the categories of well-known cubesats and perhaps less well known PocketQubes, TubeSats, SunCubes, ThinSats and non-standard picosatellites. Chipsats - cracker-size, gram-scale wafer miniprobes - are not considered nanosats but have been called attosats by some.</p><p>Cubesats (cubesatellite, cube satellite) are a type of nanosatellites defined by the <a href="http://www.cubesat.org/resources/">CubeSat Design Specification</a> (CSD), unofficially called the Cubesat standard.</p><p>The original goal of all these tiny, miniature satellites was to provide affordable access to space for the university science community. Many major universities now have a space program, as do several private company startups and even government agencies like NASA and the DoD.</p><p>The focus of this slideshow is to show nanosat technologies, from the carriers and launch mechanisms to several NASA cubesats performing a variety of missions. We’ll end with an example of a chipsat. Let’s begin!</p>
If you're not certain as to the differences between nanosats and cubesats, or how these tiny satellites are launched and what they do, then read on.