HomeAutomotive
Recent
Argo AI Expands to Austin and Miami in Search of More Challenges
May 18, 2022
12 Ideas that Could Change the World
May 18, 2022
Making the AC Power Main Intelligent
May 18, 2022
How to Make Sure Your Digital Transformation Doesn’t Fail
May 18, 2022
POLL
The Internet's Grooviest Slideshow of Legendary International Scouts
May 17, 2022
Electronics Industry Bolsters Root of Trust Security Efforts
May 17, 2022
3 Tips for Embedded Software Configuration Management
May 17, 2022
Novel 3D Printing Method Used to Replenish Coral Reefs
May 16, 2022
Highlights 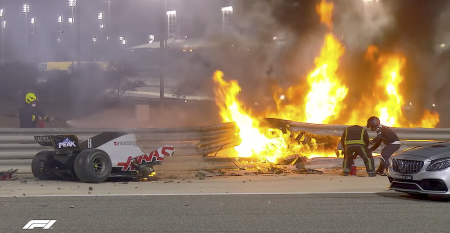 How Lamborghini Returned to Building Supercars
Aug 12, 2020
Lamborghini shut down when Italy was hit by COVID-19, but the supercar manufacturer has come back strong thanks...

ICYMI: July’s Most Popular Design News Articles
Aug 03, 2020
In case you missed it, we've compiled the most popular July Design News articles for you in a clickable gallery format. Which is your favorite?

All the Tech Details: Lamborghini 830-hp Track-Only Essenza
Jul 30, 2020
Lamborghini's 830-horsepower track-only supercar will be one of the last of the company's unassisted, naturally aspirated V12 models.

The New 2021 Ford Bronco is Finally Here!
Jul 14, 2020
After nearly a quarter-century of waiting, Ford Bronco fans finally get a look at the new version of Ford's classic off-road challenger to the Jeep Wrangler.

Garrett E-Turbo Jumps from F1 to Mercedes-AMG Production
Jun 25, 2020
Mercedes is the first to announce this electric turbocharger for a production model.