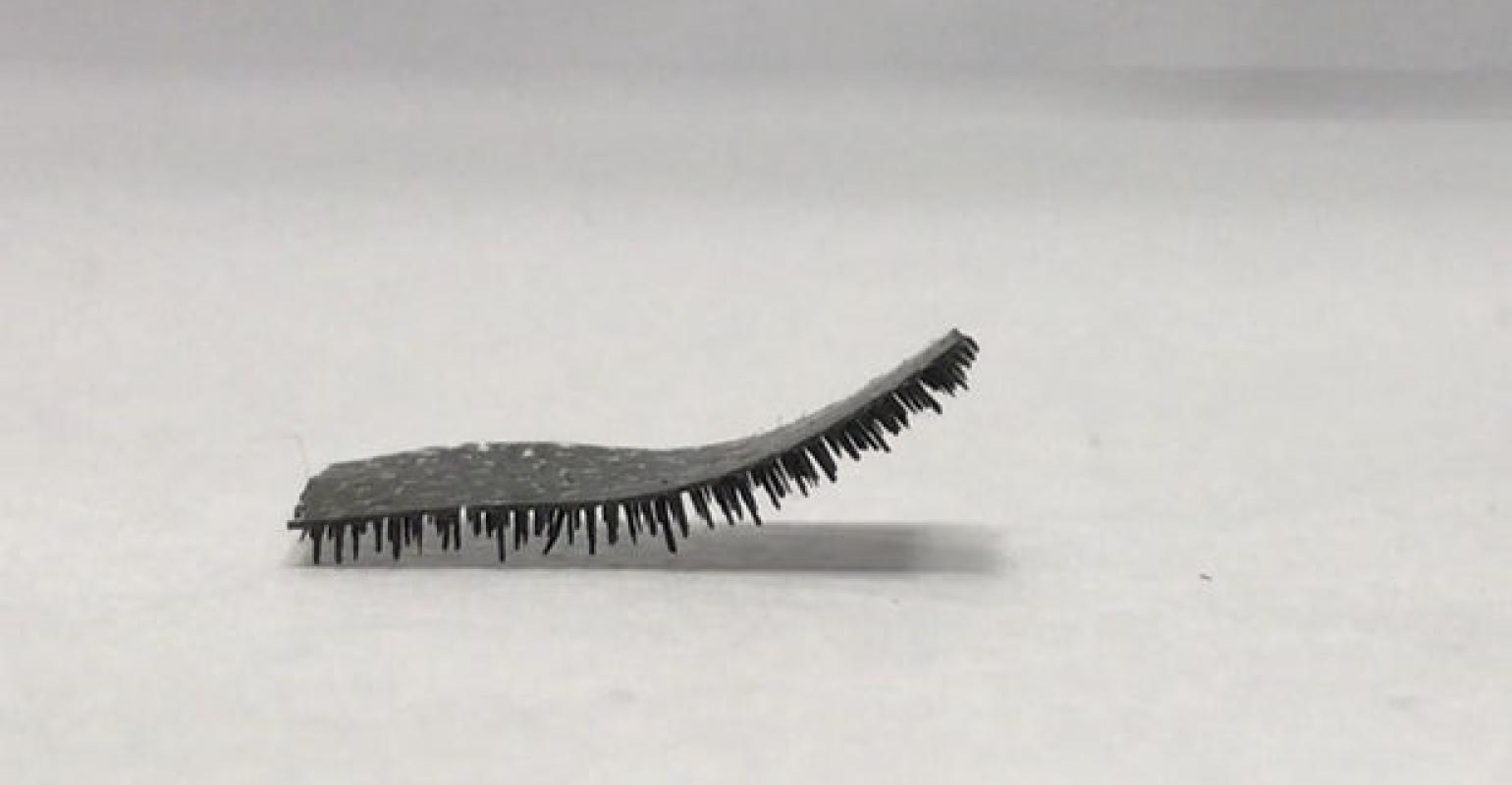 Researchers in China have developed a centipede-like soft robot capable of delivering targeted medications inside the body.

One of the newest innovations in medical treatment is to deliver targeted medication inside the body to diseased areas to more effectively provide a cure without invading healthy tissues. To that end, researchers in China have come up with a somewhat creepy but effective solution—a small, soft robot that looks like a centipede or caterpillar. It can be used inside the body to perform this task as well as others.

Researchers at the City University of Hong Kong developed this “milli-robot” from a soft, silicone-based material—the multiple legs of which have been designed in such a way that the robot can move efficiently even within fluidic environments such as the human body, researchers said in a news release associated with the City University.

“We expect our robot can go inside the human body to work as transporter for targeted drug delivery, as movable detector to check the conditions of body, and as tiny tools for non-invasive operation in the future,” Professor Wang Zuankai at CityU's Department of Mechanical Engineering (MNE) told Design News. Wang conceived the idea of the robot and initiated the collaboration to develop it.

To be fair, the tiny robot—about a millimeter in height—doesn’t exactly look like something that people might want crawling around inside of them. However, the feature that makes it look a bit fearsome—its hundreds of caterpillar-like legs—is exactly what makes it so effective at the tasks it’s been designed to do, said Shen Yajing, assistant professor at CityU's Department of Biomedical Engineering.

The robot's body thickness measures approximately 0.15 mm, with each conical leg measuring 0.65 mm long and the gap between the legs measuring approximately 0.6 mm, researchers said. This means the leg-length-to-gap ratio of the robot is about one to one.

Because of their design, the legs of the robot can serve to lift it from the ground, which leads to less friction with a surface, a wider range of freedom and locomotion, an increased ability to cross over obstacles, and more energy efficiency in its movements, Shen said. “Specifically, the surface tension force to ground can be reduced dramatically due to the small contact area, allowing our robot to work well in wet conditions,” he explained.

To control the robot remotely, researchers used a permanent magnet that connects to the robot through its material—a polydimethylsiloxane (PDMS) silicone embedded with magnetic particles, Shen said. “When a magnetic field is applied, both magnetic torque and pulling force will be generated,” he explained. “Thus, the tapered feet are deformed and align with the direction of magnetic flux. The robot moves forward, displaying various postures in response to the combined action of the magnetic.”

While the research so far is still at the proof-of-concept stage, researchers will continue to work on the robot to make it viable for clinical use, focusing on aspects such as structure optimization as well as the development of an accurate driving and sensing system, researchers said.

Over the next couple of years, the team also plans to find a suitable biocompatible and biodegradable material to optimize the robot design and consider how the invention might be used in targeted drug-delivery solutions, Wang said. Researchers published a paper about their work in the journal Nature Communications.

A Guide to Designing Plastic Bottles for Maximum Recyclability
Jan 27, 2021

How to Build a Better Composite Battery Enclosure
Jan 26, 2021