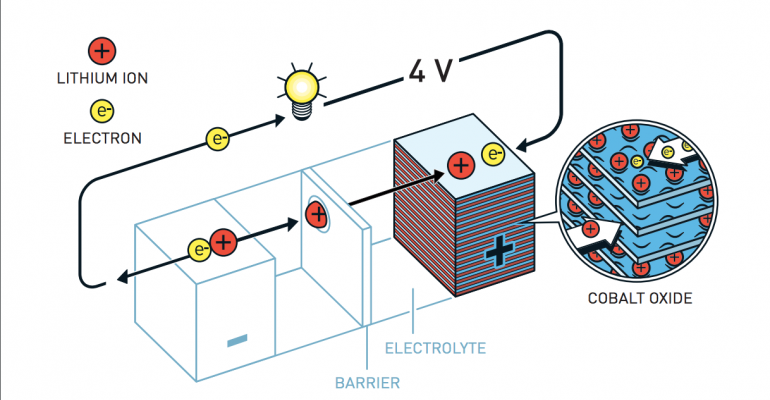 <p><strong>Lithium-Ion Batteries</strong></p><p>The key innovators behind lithium-ion batteries received a long-overdue <u><a href="https://www.designnews.com/materials-assembly/pioneers-lithium-ion-battery-awarded-2019-nobel-prize-chemistry/42105776061675" target="_blank">Nobel Prize</a></u> in 2019. That's likely because there's no avoiding just how significant an impact lithium-ion has had – particularly in recent years. New battery technologies have made <u><a href="https://www.designnews.com/content/evs-are-made-redux" target="_blank">electric vehicles</a></u> an attractive option for any consumer, and <u><a href="https://www.designnews.com/electronics-test/solid-state-lithium-ion-battery-tailor-made-medical-devices/160434395260613" target="_blank">new battery chemistries</a></u> and configurations are making our devices lighter and thinner with every generation. Researchers are always looking for better <u><a href="https://www.designnews.com/materials-assembly/new-aluminum-battery-design-could-be-more-sustainable-lithium-ion/4553949261660" target="_blank">alternatives</a></u>, but lithium-ion established itself as the heavyweight king of batteries in the last 10 years and it doesn't look ready to relinquish that title anytime soon.</p><p><em><em>(Image source: Johan Jarnestad/The Royal Swedish Academy of Sciences)</em> </em></p>
John B. Goodenough, M. Stanley Whittingham, and Akira Yoshino have been awarded the 2019 Nobel Prize in Chemistry for their work in the development of lithium-ion batteries.

The 2019 Nobel Prize in Chemistry has gone to the three men who made the world rechargeable.

The Royal Swedish Academy of Sciences announced Wednesday that this year's Nobel Prize in Chemistry has gone to John B. Goodenough, M. Stanley Whittingham, and Akira Yoshino for their work in the development of lithium-ion batteries.

“Lithium-ion batteries have revolutionized our lives since they first entered the market in 1991,” the Academy said in a press statement. “They have laid the foundation of a wireless, fossil fuel-free society, and are of the greatest benefit to humankind.”

You'd be hard pressed these days to find an electronic device that doesn't take advantage of lithium-ion. And while researchers are always looking to make new improvements on the batteries or find alternatives, that hasn't stopped lithium batteries from becoming ubiquitous in our mobile electronics and a key component to the resurgence of electric vehicles.

At 97 years old Goodenough himself is still working to further the technology he pioneered. In an interview with Design News last year he discussed how he is working on a new design for a solid-state lithium-ion battery. A solid-state version would eliminate issues with overheating and significantly improve charging times for lithium-ion batteries. Imagine, instead of having to charge for hours or overnight, being able to charge your electric car in the amount of time it takes you to pump a full tank of gas – that's the promise of Goodenough's continued work.

“People have tried to make a solid state battery, and they could only do it with very thin films and not much capacity,” Goodenough told Design News. “It’s a very tricky problem. But I believe it will be ready in five years.”

First discovered in 1817, lithium found its footing in batteries in the early 1970s when Stanley Whittingham, then working as a researcher for Exxon (now ExxonMobile), discovered that by using lithium as the negative electrode (anode) of a battery he could create a battery that was rechargeable. In Whittigham's design lithium ions flowed from the lithium in the anode to positive electrode (cathode), which was made of titanium disulphide. When the battery was charged, the lithium ions flowed back again.

Also, yes, you read that right. Back in the 1970s Exxon, the oil giant, actually funded research into batteries out of fear that oil supplies were running low. Exxon figured it could get ahead of an impending oil crisis by being the first to provide a battery that could power a car. However, when oil prices fell dramatically in the 1980s Exxon shifted back to business as usual and all of those battery ambitions went out of the window.

John Goodenough picked up where Whittingham left off in the 1980s. Realizing it was possible to manufacture batteries in an uncharged state and charge them later, Goodenough came upon the idea to use cobalt oxide as the battery's cathode material. It was a change that not only nearly doubled the potential of lithium batteries, but also allowed them to become smaller and lighter.

But it was Akira Yoshino who would make lithium-ion batteries commercially viable. Yoshino worked for the Asahi Kasei Corporation in the 1980s, at a time when Japanese electronics companies were demanding better and smaller batteries for the new wave of portable electronics hitting the market such as camcorders, computers, and cordless telephones.

Ironically, it was the oil industry that would lead Yoshino to his own battery breakthrough. He used the lithium-cobalt oxide material developed by Goodenough in the battery's cathode and for the anode he used petroleum coke, a byproduct of the oil refining process. Petroleum coke can also intercalate lithium ions, meaning instead of chemical reactions the battery could now allow lithium ions to flow back and forth between the electrodes. Yoshino's lithium battery was the lightest and most powerful yet. And because it didn't use any pure lithium it was also the safest. Yoshino himself told the Academy that the moment the battery passed critical safety tests was, “the moment when the lithium-ion battery was born.”

Development of lithium-ion batteries continues to this day as consumers demand thinner devices with longer battery life (mainly smartphones) and researchers look for new and innovative ways to wring even more power out of the batteries while reducing their form factor. Apple is playing with unique battery shapes in its iPhones. Researchers are applying nanotechnology to improve battery life and charging times. There is even work being done to create batteries that are flexible.

While materials such as aluminum are being examined as possible alternatives to lithium-ion, no one has managed to overtake lithium-ion yet. Thanks to the work of Whittingham, Goodenough, Yoshino it looks like lithium-ion will be at the king of the battery hill for a long time to come.

Watch the full Nobel Prize in Chemistry announcement below: