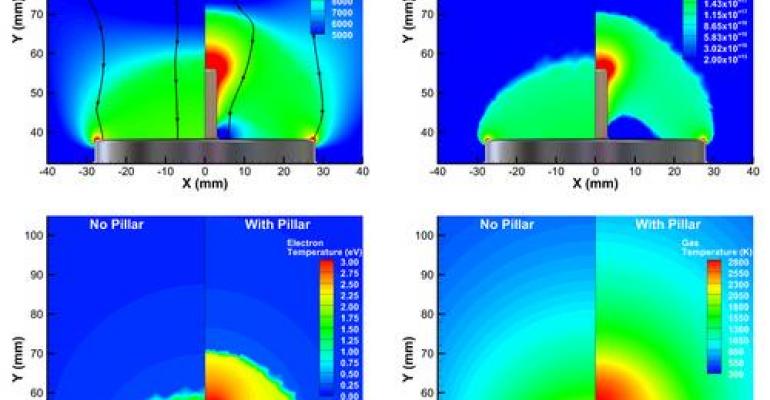 A team of researchers at Purdue University have developed a simulation technique that will lead to a better understanding of how to create the best conditions for growing carbon nanostructures. This knowledge could help bring down costs and speed production of these materials.

Carbon nanostructures such as carbon nanotubes (CNTs), graphitic sheets, nanopetals and graphene have wide potential in a variety of applications such as engineering and the biosciences. Unfortunately, the cost of production of these materials has historically been a major barrier. Given the technology’s great potential, development in recent years has focused on bringing production costs down and production quantities up to ensure that the materials can become more widely available to engineers or researchers who require them. Any way to reduce the complexity involved in the synthesis of these materials is a welcome development. 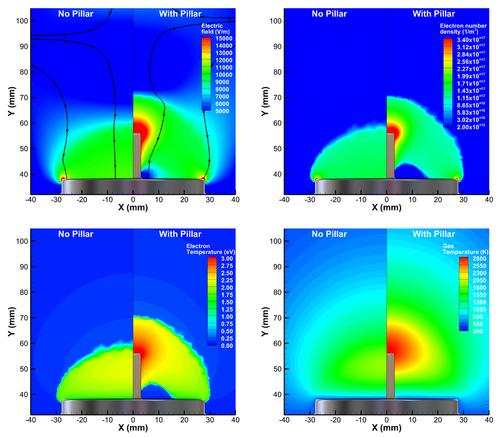 Currently, the creation of carbon nanostructures on a large scale involves a process called plasma-enhanced chemical vapor deposition (CVD). CVD deposits gaseous reactants onto a substrate that is placed in a reactor at ambient temperature. The precursor gas molecules dissociate in the reactor and recombine to create a material film on the substrate. Temperature is the most critical factor in the growth of the resulting nanomaterials. Compared to other methods of synthesis, CVD offers the best quality, hardness, purity, and density. Microwave plasma chemical vapor deposition (MPCVD) is one of the more commonly used CVD processes. An electric field generated by microwaves ionizes the hydrogen, igniting plasma in the reactor. This method is more energy-efficient and allows for lower temperature synthesis of carbon nanostructures.

Until recently, however, optimizing the process was challenging because it has been difficult to model what happens inside the CVD reactor chamber during the reaction. Information on the electric ﬁeld, electron number density, electron temperature, and gas temperature during the process is important, but has not been easy to track. What can’t be tracked can’t be optimized.

“Much of the synthesis is done by empirically finding conditions that generate desirable nanostructures,” Alina Alexeenko, an associate professor in the School of Aeronautics and Astronautics at Purdue, and leader of the research team, told Design News. “There is still a lack of first-principles understanding of specific chemical pathways and correspondence between synthesis conditions and nanostructure properties.”

The work of the Purdue researchers, which was published in the March 21 print edition of The Journal of Applied Physics, has built a numerical model of hydrogen plasma inside a microwave plasma chemical vapor deposition system. The experiment involved using optical emission spectroscopy to measure the temperature of hydrogen in the plasma, which was then compared to the modeling result. The results were a very close match. The team’s findings showed the production of nanostructures can be enhanced and sped up through the formation of “vertical dielectric pillars” in the CVD reactor.

The model is expected to help in understanding and optimizing the conditions for the growth of carbon nanostructures by examining variations in parameters with reactor geometry, plasma absorption, microwave power, heat transfer, and gas pressure, for example. Going forward, simulations can help build a more cost-effective and environmentally-friendly process for creating carbon nanomaterials out of raw materials such as methane and hydrogen and replace the current “trial and error” methodology so prevalent in the CVD method.

“Simulating the synthesis process from first principles brings us closer to the ability to optimize nanostructure manufacturing process at large scale,” Alexeenko said.

While other researchers have attempted to create models for simulations inside the CVD reactor chamber, they haven’t been particularly successful, according to the research team.

“This method links the electromagnetic field simulations with thermal modeling, including high-fidelity solution of energy transfer between gas and plasma,” Alexeenko said.

According to Alexeenko, one of the additional ultimate goals of the new optimization process parameters is to reduce the toxicity problems that plague existing CVD processes for the creation of carbon nanostructures.