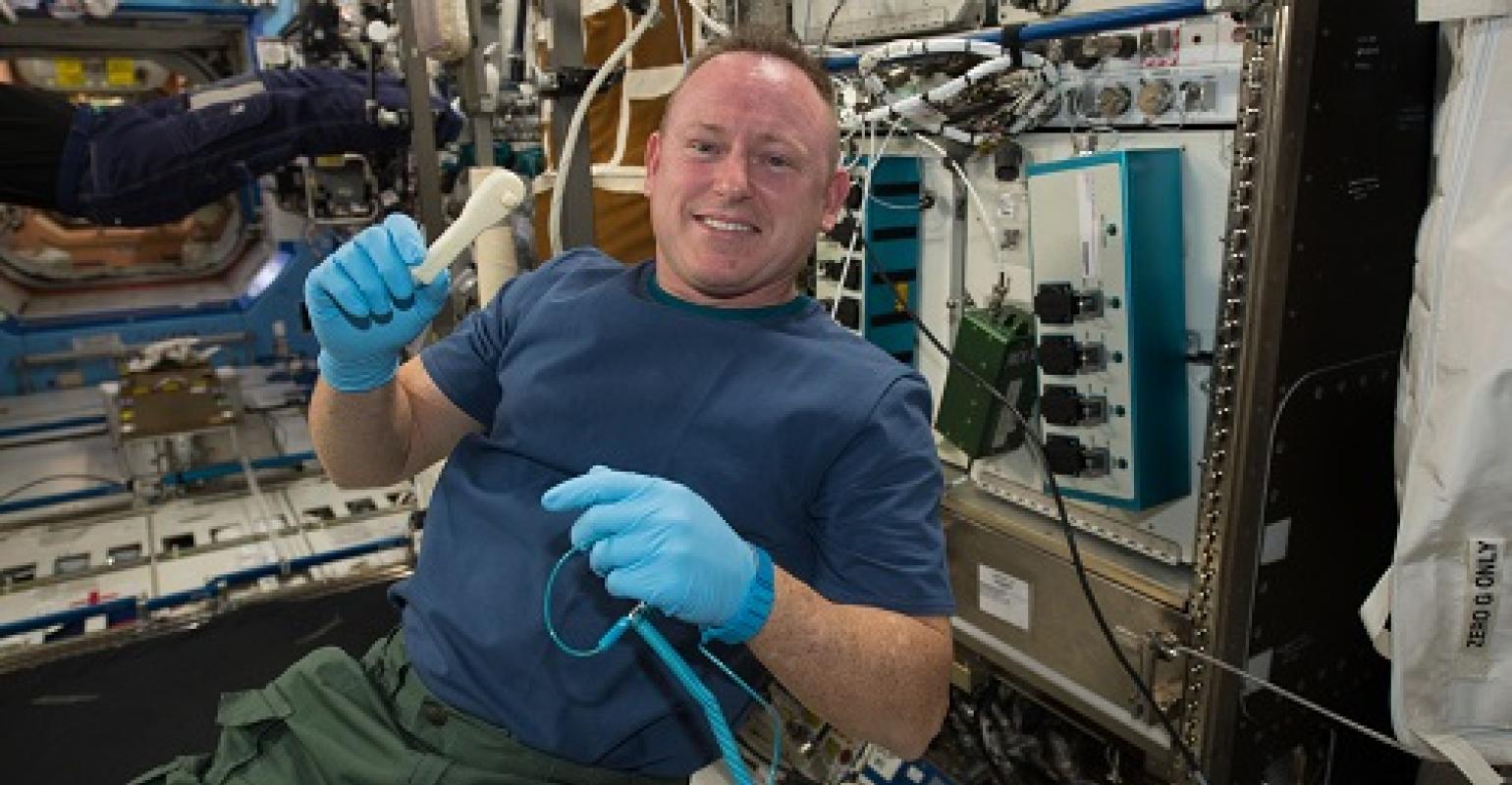 While manufacturing companies and parts suppliers are embracing 3D printing and additive manufacturing for a variety of applications, there is perhaps no location more remote and difficult to supply than space.

While manufacturing companies and parts suppliers are embracing additive manufacturing (AM) for a variety of applications, the technology is particularly relevant in operations in remote locations that are difficult to supply such as oil platforms or remote mining operations. There is perhaps no location more remote and difficult to supply than space.

In 2014, NASA launched the first 3D printer to the International Space Station (ISS). The hardware for the mission, a fused deposition modeling (FDM) printer designed to manufacture parts made of ABS plastic, was built and operated by Mountain View, California-based Made in Space, Inc. The goal of the project was to demonstrate the feasibility of AM in the space environment.

The first phase of the operation consisted of the creation of mechanical test coupons to assess the performance of the printer and match the quality to that of identical items printed by the same printer on Earth.  One of the files for printing (a ratchet) was uplinked from the ground to the printer on ISS, demonstrating an important capability of AM on long-duration space missions. The second phase took place in mid-2016 to provide additional mechanical test coupons to compare with the phase one specimens and answer questions related to differences in manufacturing process settings between the ground and flight prints for phase one.

Made in Space has subsequently built on the success of the first mission by developing the Additive Manufacturing Facility (AMF), a multi-material FDM printer developed in partnership with the Center for Advancement of Science in Space (CASIS), a nonprofit focused on the commercialization of the space station. AMF, which is currently aboard the ISS, functions as a user-based facility for which NASA is one of several customers. Using the technology, NASA is producing functional parts for use on the ISS and conducting additional material investigations, according to Dr. Tracie Prater, aerospace engineer at the Materials and Processes Laboratory of NASA’s Marshall Space Flight Center and Discipline Lead Engineer for Materials, In-Space Manufacturing Project.

“In the future, we want to have a suite of manufacturing capabilities that can produce replacement parts and on-demand spares, recycle, and repurpose mission materials for further use, and inspect parts to verify they meet requirements,” Prater told Design News. “For the long-duration, long-endurance missions NASA is looking to undertake beyond space station, you’ll need these manufacturing capabilities to improve logistics specifically to reduce amount of cargo you have to take with you and respond to ‘unknown unknown’ situations that may arise (the ‘Apollo 13’ moments).”

Within the next few months, NASA will issue a broad area announcement for a fabrication laboratory, or “FabLab,” which is an integrated system that can process multiple materials in multiple manufacturing processes within a 16-cubic-foot payload unit. This FabLab would be tested on the ISS and the results will inform technology development and requirements for future manufacturing capabilities on deep space habitats and future missions beyond low earth orbit.

To date, NASA and its partner companies have had little trouble adapting the fused deposition modeling process to microgravity. As it’s an extrusion process (like operating a hot glue gun), FDM doesn’t seem to be particularly influenced by operation in a microgravity environment.  It is, however, mostly limited to plastic materials.

Going forward, technologies will need to be developed to adapt processes for aerospace grade metallic alloys, and this will prove to be more challenging.  Additive manufacturing processes for metal, including laser melting, are power-intensive and pose significant challenges for material management (powder in microgravity isn’t such a good idea). In addition, metallic powders represent a flammability hazard. Extrusion-based metal processes via wire-fed systems hold more potential, but can result in less precise parts, according to Prater.

“To produce parts which meet the stringent functional requirements of spaceflight hardware (and find use as replacement parts on long duration missions), AM metals processes deployed in space will likely require postprocessing such as heat treatment and CNC milling, just as they do on earth,” she told Design News. “Processes that melt metals may also be more susceptible to the absence of gravity, as fusion-based processes can be more dependent on buoyancy-driven convection for full material consolidation than solid-state metals manufacturing techniques. Solid-state metals manufacturing techniques are likely to be less susceptible to gravity’s effects.”

Today’s research is expected to be the foundation of impressive space-based AM feats in the future. Another pilot project with Made in Space and Northrop Grumman and Oceaneering Space Systems will demonstrate the use of a 3D printer with a robotic arm (designed as a free-flying payload) that could assemble larger, more complex structures in space (imagine simply printing a satellite instead of launching one). Prater told Design News that external in-space manufacturing is “poised for growth.”

“By operating in the external, in-space environment, you can use processes (like fusion-based welding processes) which might be more difficult to implement in a crewed environment,” she said.

NASA also has refabrication on its agenda. Next year, a partner company called Tethers Unlimited will fly an integrated 3D printer and recycler to the ISS. The payload, known as the ReFabricator, will demonstrate the recycling of 3D printed parts.

“Parts will be melted and re-extruded into filament feedstock for further printing,” said Prater. “It will be the first demonstration of closing the manufacturing loop for in-space manufacturing capabilities.”