HomeMaterialsMIT Inspired by Sea Worm for Material That Can Adapt to Its Environment
Recent
Materials
Time to Solve the Need for Automated Meat Packing? Call in the Robots
Oct 20, 2021
5 More Private Medtech Companies That Are Killing It This Year
Oct 19, 2021
Survey Says: The Future of Smart Homes and Appliances Has Arrived
Oct 19, 2021
How AI and PLM Maintain Order When Project Chaos Threatens
Oct 19, 2021
POLL
Advanced Manufacturing Show Due to Hit North Carolina in 2022 as IM Engineering South
Oct 19, 2021
Move Over Boston Sci, Hologic Is on an M&A Hot Streak Too
Oct 19, 2021
World Awakens to Danger of IP Theft – Again. What’s Changed This Time?
Oct 19, 2021
GM Ultium EV Motors Reduce Rare Earth Metals for 2022 Hummer SUV
Oct 19, 2021 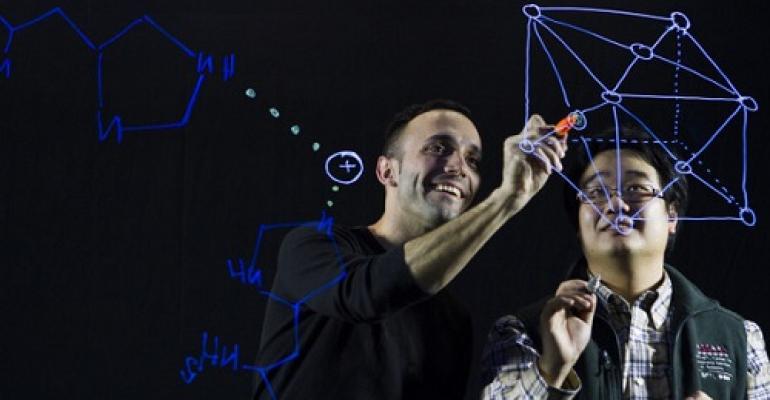 Researchers at MIT have been inspired by a sea worm to develop new material—well-suited for soft robots—that can adapt to changing environments.

The Nereis virens worm has a gelatanious jaw made of soft, organic material that contains histidine, an amino acid that interacts with the ions of the environment and makes it more or less flexible. However, it’s also as strong as the material in human teeth or bones. This unique combination allows the jaw to be either hard or flexible, depending on its need to adapt.

The scientists from the MIT Laboratory for Atomistic and Molecular Mechanics studied the worm to develop a hydrogel made from a synthesized protein that’s similar to the one that makes up the jaw of this worm. This gives it “structural stability and impressive mechanical performance," said Francisco Martin-Martinez, a research scientist in the MIT Department of Civil and Environmental Engineering. "When we change the ions of the environment and the salt concentration, the material expands or contracts,” he said.

Martin-Martinez, who has specialized in the design and modeling of materials at MIT for three years, said that nature already has solved many of the problems scientists are working to address using technology “almost always in a much better way than we humans can develop.” It’s for this reason that the team and other scientists seek inspiration from sea worms and other natural sources in their work, he said.

Indeed, the ability the material—like the worm’s jaw—to expand and contract depending on environment makes it a good fit to create devices that work as muscles for soft robots made of polymers, Martin-Martinez said. It also could be used to develop sensors that don’t use external power supplies or control devices for electronic systems, he said.

Researchers published a paper on their work in the journal ACS Nano. In addition to developing the material, the team also created a model that can predict how histidine behaves and have conducted a theoretical study that explains the molecular mechanism responsible for that behavior. This allowed them to simulate, using supercomputers, the material’s behavior and to improve it and design its molecular structure before testing it in the lab, they said.

This theoretical study explaining the mechanism by which histidine interacts differently with various ions also can help inform the researchers as they continue to develop the material, Martin-Martinez said. "Thanks to that, we understand what is happening and we can control it and improve it," he said.