Material Paves Way for Electronics, Robots that Can Repair Themselves 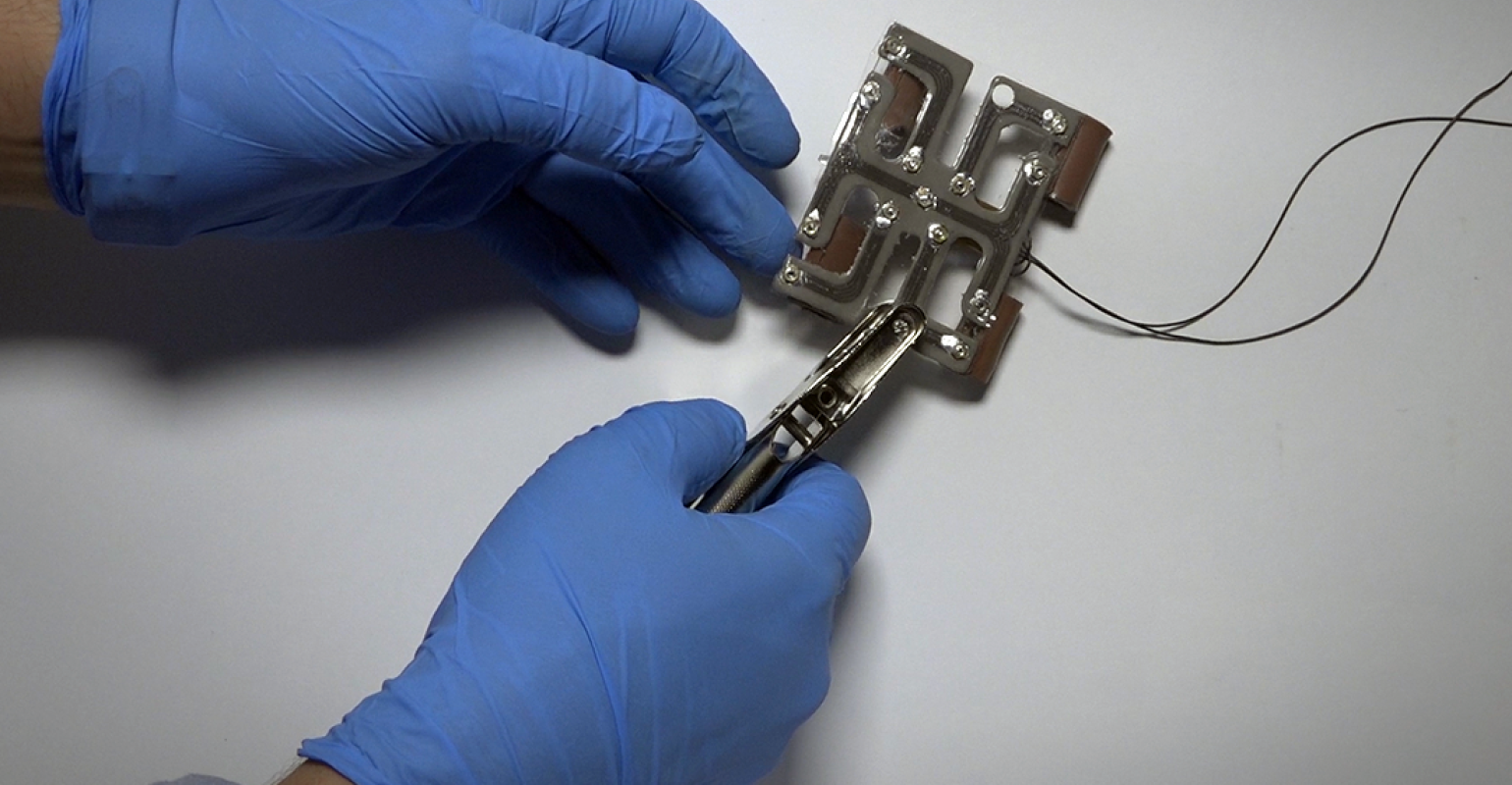 Carnegie Mellon University researchers have developed a self-healing circuit material that can repair itself for use in wearable electronics and soft robots, among other applications.

Researchers have been making a lot of progress in developing self-healing materials that can help electronics self-repair. Now, researchers at Carnegie Mellon University have developed what they claim is the first soft, stretchable material that can spontaneously re-form electrical connections when the material becomes damaged. This capability makes it well-suited for the next generation of wearable electronics and soft robotics.

Invented by a team led by Carmel Majidi, an associate professor of mechanical engineering, the material is composed of liquid metal droplets suspended in a soft elastomer that are the foundation of the self-repair process, according to researchers. The material can be used in self-healing electrical circuits, which—when produced with conductive traces of this material—remain fully and continuously operational when severed or punctured.

The key to the material is its elasticity, which gives it a wide variety of uses, Majidi told Design News. While other self-healing materials for electronics exist, he noted that generally, they don’t have the same flexibility. “The fact that it’s elastically deformable and as soft as natural skin means that it could be used for wearable computing or soft humanoid robots that are safe for physical interaction,” Majidi said. “Other repairable electronics are either mechanically rigid—like conventional electronics—or require manual intervention in order to repair broken connections.”

These new innovations in wearable and other flexible electronic designs, as well as soft robotics, are feeding the demands for new types of self-healing materials. When electronics stay in a hard outer shell, Majidi noted, they don’t necessarily need self-repairing capabilities because they are less susceptible to damage.

“However, as electronics become more pervasive and increasingly used in clothing, medical garments, and human-machine interfaces, they will be subject to stretching, abrasion, and extreme mechanical loading,” he said. “Just like our natural skin, it’s important that these ‘electronic skins’ can handle everyday wear and tear without losing their circuit functionality.”

Specifically, the liquid comprises microscopic droplets of liquid metal suspended in a soft silicone rubber, Majidi said. When those droplets rupture, they connect with other droplets to form new electrical pathways so electronics can function uninterrupted by damage.

“We create circuits by pressing a pen against the material to cause the droplets to rupture and form connected, electrically conductive pathways within the rubber,” Majidi explained. “When the circuit line is damaged, the stresses from the damaging load will cause the surrounding droplets to rupture and form new conductive pathways that automatically restore the circuit network.”

The team came up with the bio-inspired idea after many years of working with non-toxic liquid metal alloys and soft rubbers. “We were inspired by neural plasticity and the way that the neurons in nervous tissue can create new synaptic connections and neural pathways when tissue is damaged or diseased,” Majidi said.

Immediate commercial applications for the material include smart textiles that could be used for incorporating electrical wiring into clothing, blankets, or inflatable structures, stated Majidi. It also has a number of scientific uses including bio-inspired soft robotics, wearable computing, and human-machine interaction. “Because of its combination of elasticity, electronic functionality, and self-healing properties, it can function like an artificial nervous tissue for transmitting signals and stimuli,” he said.

The team plans to continue its work by engineering a soft and stretchable conductive material, which is capable not only of electrical self-repair but also mechanical healing on the way to developing an artificial skin. They envision that skin being able to automatically heal itself when damaged and restore its shape and mechanical integrity, he said. “We also plan to use this material to explore novel applications in human-machine interaction and biologically inspired soft robots,” Majidi added.