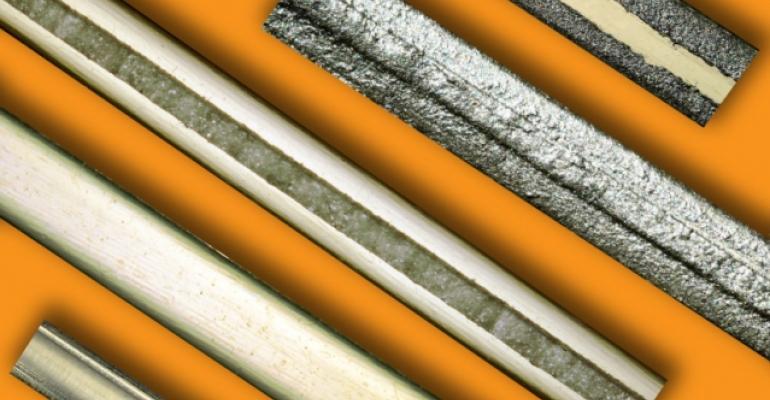 Researchers have developed a method for using nylon fiber that offers a simple, inexpensive approach for artificial muscles.

Scientists have been trying to devise new ways to make artificial muscles—materials that contract and expand like human muscle fibers—using advanced and novel materials. Now researchers at MIT have found that the solution can be much simpler and cost-effective, developing  a method for using inexpensive and ubiquitous nylon fiber as a new approach to artificial muscles.

The key to the research is not the material itself, but the way it’s manipulated—in this case, shaped and heated in a certain way, said Seyed Mirvakili, a doctoral candidate in mechanical engineering.
When heated, some polymer fiber materials, including nylon, “shrink in length but expand in diameter,” he said. The MIT team, which also includes Mirvakili’s mentor, Department of Mechanical Engineering Professor Ian Hunter, used this property to create linear actuator devices for muscle movement. However, to turn that motion into bending for a muscle usually requires a mechanism such as a pulley and a take-up reel, which adds size and creates complexity and expense, researchers said.

Mirvakili and the team managed to circumvent these additions by directly harnessing the motion without requiring extra mechanical parts. They did this using what is typically a limitation in linear actuators that are made from nylon, he said.

This limitation is that after being heated to cause a contraction, the actuators take awhile to cool back down. Rather than see the cooling rate as a limitation, Mirvakili “realized it could be used to an advantage,” he said.
The team selectively heated one side of the fiber, causing that side to start contracting faster than the heat can affect the other side. In this way, a bending motion in the fiber was produced, Mirvakili said. “You need a combination of these properties: high strain [the pull of the shrinking motion] and low thermal conductivity,” he said.

The team, including Mirvakili and Hunter, published a paper about their work in the journal Advanced Materials.

Researchers developed their system to work effectively as an artificial muscle using ordinary nylon fishing line, compressing it to change its cross-section from round to rectangular or square. Then, selectively heating one side caused the fiber to bend in that direction, while changing the direction of the heating produced more complex motions, such as circles and figure eights, they said.

The design also introduces a number of thermal sources that can be used to heat the fibers, including electric resistance heating, chemical reactions, or a laser beam that shines on the filament, researchers said. Conductive paint held in place by a resin binder also can be applied to the fibers that will bend them in a certain way when voltage is applied to the material, they said.

In tests, the material maintained its performance after at least 100,000 bending cycles, and showed it can bend and retract at a speed of at least 17 cycles per second, according to the team.

All in all, the system—which can allow for a number of novel applications, such as self-adjusting catheters, clothes that contract to adjust to someone’s body contours, and automatic tracking systems for solar panels—is a cost-effective and easy-to-manufacture way to provide artificial muscle actuation to a number of inventions, Hunter said.