HomeMaterialsFlexible Ceramic Aerogel Eyed for High-Temperature Applications
Recent
Materials
Researchers Use AI and Stimulation to Strengthen the Brain
Nov 30, 2021
Carbon-Fiber Composites on a Roll in Auto Wheels
Nov 30, 2021
Our First Drive in the Lucid Air EV
Nov 30, 2021
How to Build a Better Industrial Automation System Using PLCs
Nov 30, 2021
POLL
Getting Started with Cpputest for Embedded Applications
Nov 30, 2021
Opportunities for High-Performance Polymers in the Semiconductor Space
Nov 30, 2021
Meet the Most Comfortable Keyboard on the Planet
Nov 30, 2021
Mobile Plastic-Waste Upcycling Platform a Finalist in World Design Awards
Nov 30, 2021 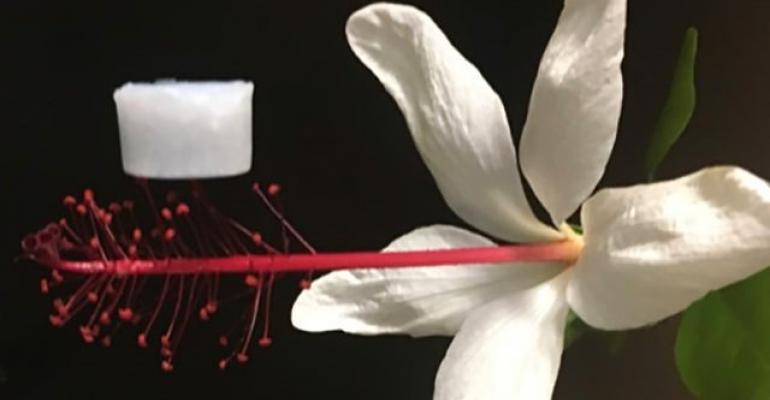 A new ceramic aerogel developed by UCLA researchers is more flexible and can withstand high temperatures better than comparable materials.

Finding lightweight yet strong materials to meet the needs of high-temperature applications has always been a challenge for scientists. Now a research team led by engineers at UCLA has come up with a new solution for this task in an extremely light, very durable ceramic aerogel that can withstand even extreme temperature spikes.

Engineers long have used ceramic aerogels to insulate industrial equipment as well as scientific equipment—such as that on NASA’s Mars rover missions—because of its high-temperature durability.

However, the new version of the material developed by the UCLA team—collaborating with researchers from UC Berkeley and from universities in China, among others—has some new benefits over previously used materials, researchers said in a UVCLA news release.

For one thing, it’s lighter, and is even more able to withstand exposure to extreme heat and repeated temperature spikes that other ceramic aerogels, researchers said. It also has an elastic quality not usual for this type of material thanks to its unique atomic composition and microscopic structure, said Xiangfeng Duan, a UCLA professor of chemistry and biochemistry who led the research.

“The key to the durability of our new ceramic aerogel is its unique architecture,” he said. “Its innate flexibility helps it take the pounding from extreme heat and temperature shocks that would cause other ceramic aerogels to fail.”

Rather than expanding when heated like other ceramics, the new material—comprised of thin layers of boron nitride with atoms that are connected in hexagon patterns—contracts perpendicularly to the direction that it’s compressed. This is not only opposite to the reaction of other ceramics, but also contradicts how most materials act when this type of pressure is placed on them, researchers said.

More than 99 percent of the volume of aerogels is air; however, the materials themselves are solid and structurally very strong for their weight. They can be made from many types of materials, including ceramics, carbon, or metal oxides.

One problem with current ceramic aerogels, however, is that they are highly brittle and tend to fracture after repeated exposure to extreme heat and dramatic temperature swings—both of which are common in the applications for which scientists use them, such as space travel.

The unique reaction of the material the UCLA team developed to contract is what makes it far more flexible and less brittle that current comparable materials, Duan said. Specifically, it can be compressed to 5 percent of its original volume and fully recover, while other existing aerogels can be compressed to only about 20 percent and achieve a full recovery. The team published a paper on their work in the journal Science.

Researchers tested their material and found that it withstood conditions that would typically fracture other aerogels. For example, it stood up to hundreds of exposures to sudden and extreme temperature spikes when the engineers raised and lowered the temperature in a testing container between minus 198 degrees Celsius and 900 degrees above zero over just a few seconds, Duan said.

In another test, the ceramic aerogel lost less than 1 percent of its mechanical strength after being stored for one week at 1,400 degrees Celsius, researchers found.

There are a number of applications for which the team’s material is well-suited, Duan said. “Those materials could be useful for thermal insulation in spacecraft, automobiles or other specialized equipment,” he said. “They could also be useful for thermal energy storage, catalysis or filtration.” Moreover, the process researchers used to develop it also could be adapted to make other ultra-lightweight materials, Duan added.