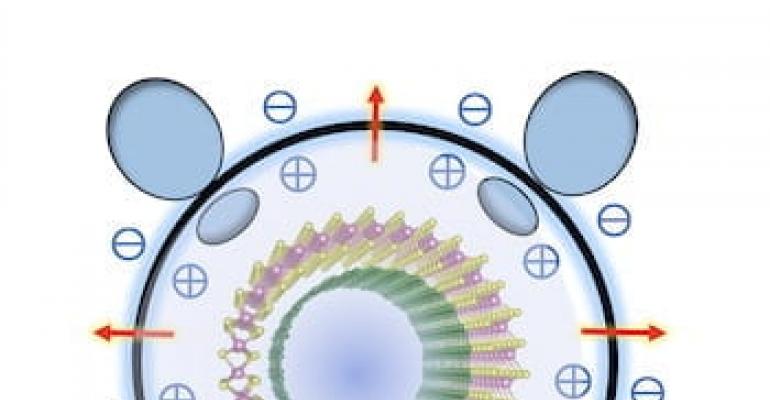 Scientists at Rice University show a unique band gap that can be advantageous in photovoltaics.

Researchers are constantly searching for new materials to optimize the performance of electronic devices. Carbon nanotubes are one type of materials scientists are eyeing for this purpose because of their superior electrical properties.

So far, research in this area mainly has focused on single-walled carbon nanotubes. However, a team of scientists from Rice University has been studying multi-walled nanotubes, discovering that these materials also may have desirable properties for electronic applications, particularly for use in photovoltaics.

Multiwalled nanotubes have a Russian-doll-like structure, with the tubes nesting inside one another. The configuration causes a unique bandgap scenario that makes the materials behave differently than single-walled tubes, Rice Professor Boris Yakobson and colleagues have learned.

Specifically, Yakobson, a materials theorist and chair of engineering, now has calculated the impact of curvature of semiconducting double-wall carbon nanotubes on their flexoelectric voltage, which is a measure of electrical imbalance between the nanotube’s inner and outer walls.

This affects how nanotube pairs in the right configuration have advantages for  nanoelectronics applications and materials used in photovoltaics, such as solar panels and solar-energy-generating devices, he told Design News.

“The band offset changes by curvature in a new, useful way, especially to achieve separating charges—positive and negative—under light, a situation coveted for solar-cell operations,” Yakobson told us. “Then light can cause electrical current to be harvested.”

The current research builds on a previous study from 2002, in which Yakobson and his team discovered how charge transfer scales linearly to the curvature of the nanotube wall. Charge transfer is the difference between positive and negative poles that allows voltage to exist between them.

In that research, scientists found that the width of the tube dictates curvature, so the thinner the nanotube--and thus larger the curvature--the greater the potential voltage, researcher.

Curved graphene—which is basically what a carbon nanotube is—behaves differently than a flat sheet of graphene, where the charge density of the atoms on either side of the plane are identical, Yakobson said. The curve breaks that symmetry, creating a flexoelectric local dipole in the direction of, and proportional to, the curvature, he said.

While a subtle effect of this phenomenon is produced in a one-walled nanotube, having more than one wall complicates the balance and alters how the electrons are distributed.

In double-walled nanotubes, the curvature of the inner and outer tubes differ, giving each a distinct band gap, with models showing the flexoelectric voltage of the outer wall shifting the band gap of the inner wall, Yakobson said. The interplay of different curvatures creates a staggered band alignment in the nested system, Yakobson said.

“Our research determined which particular pairs of nanotubes will have this special, highly desired property of band offset type, called ‘staggered,’ or type 2,” he told Design News. “This happens thanks to the curvature and voltage drop it causes.”

This phenomenon is “a huge advantage for solar cells, essentially a prerequisite for separating positive and negative charges to create a current,” Yakobson said in a press statement.

“When light is absorbed, an electron always jumps from the top of an occupied valence band (leaving a ‘plus’ hole behind) to the lowest state of empty conductance band,” he said. “But in a staggered configuration they happen to be in different tubes, or layers. The ‘plus’ and ‘minus’ get separated between the tubes and can flow away by generating current in a circuit.”