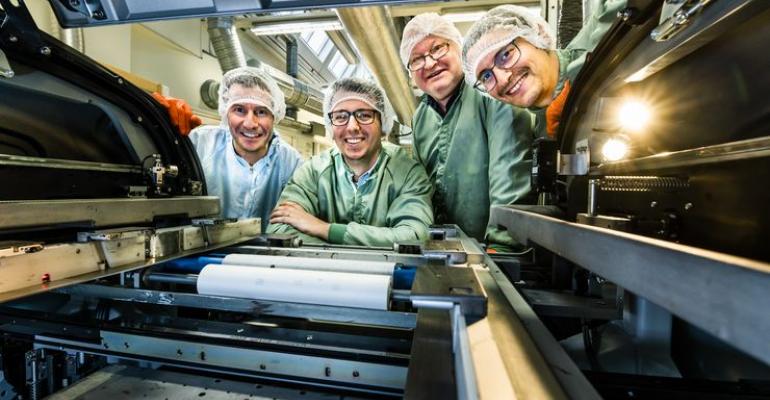 The breakthrough eliminates the need to use multiple manufacturing methods to create an integrated circuit with more than 100 organic transistors.

Researchers have for the first time printed complete integrated circuits that have more than 100 organic transistors, a breakthrough in the quest to use printing to create complex next-generation electronic and computing devices.

A team of engineers at two Swedish institutions--Linköping University and RISE (Research Institutes of Sweden), Campus Norrköping—achieved the milestone using only screen printing rather than the multiple manufacturing methods to create integrated circuits. “Everything is done by screen printing, and in relatively few processing steps,” he said in the statement. “The key is ensuring that the different layers end up in exactly the right place,” said Peter Andersson Ersman, a researcher in printed electronics at RISE.

The team used this process to place more than 1000 organic electrochemical transistors on an A4-sized plastic substrate, and connected them in different ways to create various types of printed integrated circuits. The work is the culmination of 17 years of research, including an advancement in 2017 to use screen printing to fabricate circuits that set the stage for the latest achievement.

In the past two years, the team has made a number of changes to the process and the result includes a reduction in circuit size; spacing the transistors in the circuit more closely to increase the quality of the product; and achieving the integration of silicon-based circuits that can process signals and communicate with the surroundings.

One of these circuits is what’s called a shift-register, which can form an interface and deal with the contact between the silicon-based circuit and other electronic components such as sensors and displays. This advancement means researchers can use a silicon chip with fewer contacts, which requires a smaller area and thus is less expensive.

Ink also was a major factor in printing a complete integrated circuit with such a large amount of transistors. The team used the polymer PEDOT:PSS as their material for printing the circuits; it’s one that is widely used in the world in the field of organic electronics.

The material allowed for the development of ink that could be used with the screen-printing frames—which has meshes that can print extremely fine lines--to create smaller components but without losing product quality.

The large-scale integrated circuits that researchers printed have myriad uses for electronics being developed for the Internet of Things (IoT). For example, they can be used to create an electrochromic display, which also can be manufactured using a printing process.