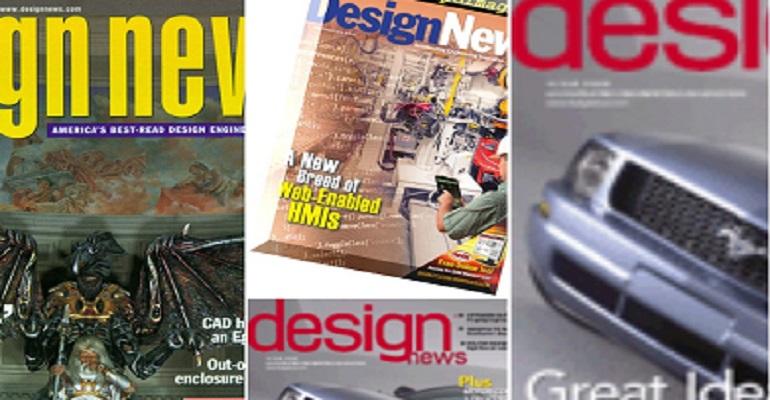 After three-quarters of a century, Design News keeps delivering engineering news with depth and often humor.

This year, Design News has reached the hearty age of 75. When I first started writing articles for this magazine, Design News was merely 55 years old. That was back in the days of Gadget Freak (DIY gadgets from readers), Sherlock Ohms (reader solutions to thorny engineering problems), and Green Scene (news on sustainable products). Since then, our coverage has expanded significantly, covering subjects that were barely a gleam in our readers’ eyes two decades ago: cybersecurity, 3D printing, generative design, 5G, mobile robots, Industry 4.0, and Mars Rovers. And to think we began as a mechanical engineering publication, looking at hardware and physical systems.

The Launch of a Mechanical Engineering Magazine

The changes in the engineer’s work were reflected in the content of the magazine over the years. “Design News had to become more of a popular engineering magazine as opposed to a hard-core mechanical engineering magazine,” said Murray. “Engineers had to have more breadth. DN had to change to covering more electronics. That was a battle, since our sister publication at the time Electronics Design Magazine (EDM) didn't like that. Yet we had to satisfy these readers who wanted to know about electronics control. That was around 2000. EDM didn’t like it, but we had to do it.”

Automotive came later to Design News. Most of our car coverage didn’t show up until the 1980s and 1990s. “At first, there was no core interest in automotive at all. We talked about bearings, belt drives, clutches, gears, and brakes. We covered hydraulics and pneumatics. We covered motion control and power transmission,” said Murray. “At some point, we added software. Then an electrinics beat.”

In the late 1980s, everything changed. “At the time we had 16 editors – 8 engineers and 8 journalists. We brought in an editor from US News and World Report. He came in and changed things. He had us produce an annual automotive issue. That special issue reached 500 to 600 pages,” said Murray. “Automotive was tremendously popular with advertisers. That was 1988. There was a little auto in Design News and then all of a sudden, we had an annual issue with hundreds of pages just about cars. That changed Design News.”

Twenty-five years ago Murray was asked to forecast what the technological future would look like in 25 years. “We had to make predictions. I did automotive,” said Murray. “I predicted vehicles would go hybrid, not electric. I also predicted the arrival of autonomous cars.”

Murray began his career as a mechanical engineer. Like many of our editors, his professional career was a blend of engineering and journalism. “I enjoyed journalism in some ways more than engineering. As an engineer, I was in the nuclear power industry. They were not building new ones,” said Murray. “My job was in vibration analysis. What would happen in an earthquake? I’d look at the walls and piping. I had to make sure every wall, pipe, and pipe hanger was designed to withstand a powerful earthquake.”

The magazine offered a world far larger than nuclear plant engineering. “When I came to Design News, we were talking cars, trucks, defense systems, motion control, and hydraulics. The breadth of my knowledge became greater even as the depth of my knowledge grew shallow. I just got used to it and never thought of going back to engineering. I liked journalism better.”

We went all digital just a few years ago, dropping the print version. At the time our offices in Massachusetts stored about 50 years' worth of magazine issues. Our corporate owner at the time was moving out of the Boston area and didn’t want to take the print copies. Murray considered offering his garage. But taking a garage-load of magazines from Boston to Chicago seemed too much. So those magazines are gone.

While that may seem harsh, we’ve had very few requests for back issues since we went all digital. If they had lived on in Chuck’s garage, they would have just gathered dust. The lesson is that Design News lives to bring what’s new to our readers. That’s what we continue to do. There’s a decent chance we’ll continue to do so for many, many years going forward.