Deep Dive: Why Hardware and Vehicle Emulation Testing for ADAS/ADS Are so Important 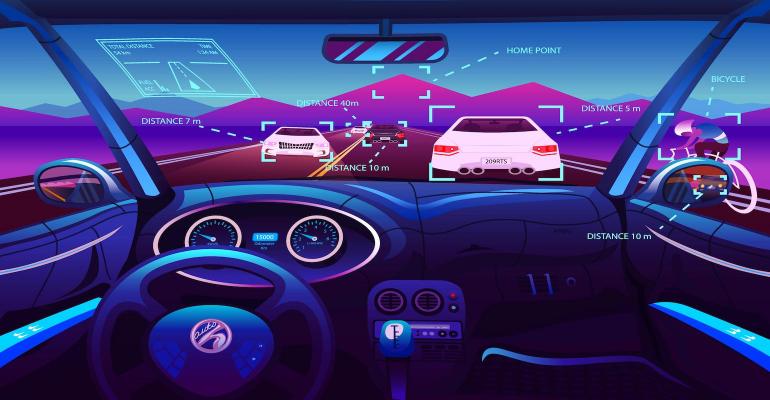 This deeper dive looks at the reasons why hardware and vehicle emulation are critical for ADAS/ADS testing.

The antenna plays an integral part in any wireless automotive communication link. But it is just one element of the total connection link. A good testing process will also look at how the other parts of that system come into play during that overall measurement tests, e.g., Advanced driver-assistance systems ADAS and Automated Driving Systems (ADS) testing.

A large part of ADAS and ADS testing is done to ensure the functional performance of the system, e.g., testing that the adaptive cruise control is performing according to specifications and within the framework of standards. Another example is verifying the functioning of the autonomous emergency braking hardware and software (AEB) packages. Emulation plays a big part in this type of testing.

Such system-wide testing involves combinations of different subsystem components, from sensors to the engine control unit (ECU) or the steering component of the braking subsystem. This type of system-wide test methodology lends itself to scenario-based testing, where the tester emulates a specific scenario for those sub-components, explained Ram Mirwani, Director for Global Business Development at Konrad technologies, during a recent IEEE IMS keynote presentation.

Scenario-based emulations are often used to validate the integrated operation of sub-systems. Some common instances of a scenario or a use case may involve actual vehicle driving operations, e.g., moving in and out of traffic. Naturally, there are several different ways to conduct these tests. As mentioned in an earlier article, one way is to use an active vehicle in the loop test. This approach allows EMC testing simultaneously while performing wireless over the air (OTA) testing and other measurements. (Image Source: IEEE IMS2021, Mirwani) 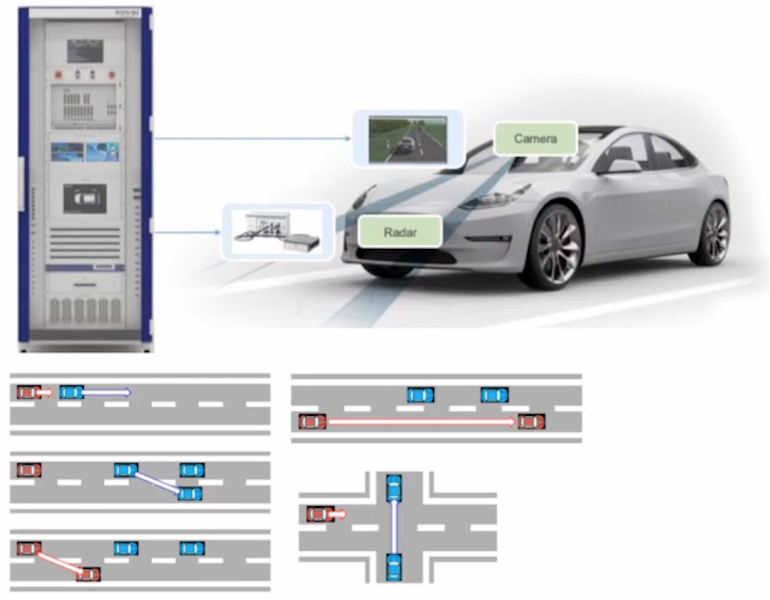 Another approach is to take the test outside to a driving test range, explained Mirwani. Outside testing allows for additional levels of testing, but there are also some limitations. For example, some interference capabilities will be limited and difficult to repeat since they were conducted outside in a real-time physical environment. Plus, the weather may not be favorable. The occurrence of rain or fog can interrupt some parts of the test. Still, it should be noted that significant progress has been made in the simulation of fog conditions for indoor testing.

The question becomes what indoor testing can be done to provide repeatability, which helps ensure the accuracy of data needed for functional performance testing of ADAS AND ADS devices. This is where sensor fusion systems can help in the hardware-in-the-loop (HIL) and vehicle-in-the-loop (VIL) test scenarios. Sensor fusion systems are typically used with drive simulation software, which emulates many inputs and outputs (I/O) that happen during actual vehicle operations.

Once complete I/O interface connections are installed, the tester can run different simulation models on other vehicle parts under test. Such a test setup provides the capability to do real-time stimulation of many various sensors, according to the type of scenario-based drive simulation being run.

The output of these sensors is then fed through an ECU and into the software simulation loop again. In that past, all that could be tested were various software algorithms, explained Mirwani. But now, the actual output of the sensors can be brought into the simulation loop. This is so important for ADAS and ADS testing because sub-component level testing can be done in a lab environment. This capability ensures a repeatable and definitive measure of the functional performance of both systems.