Really Want to Test at Higher RF Spectrums? ADAS Can Show You How 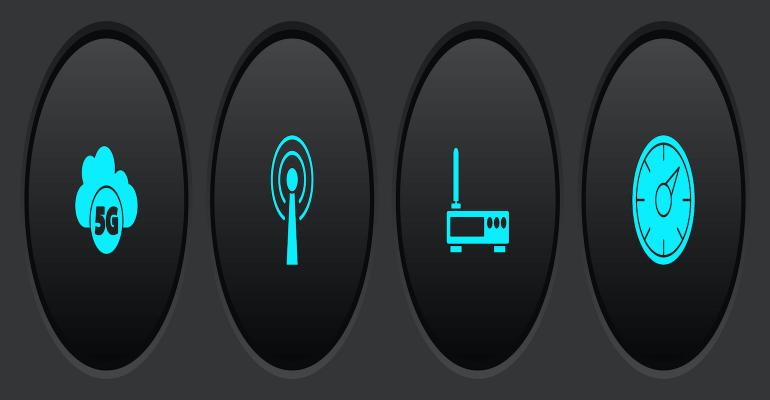 ADAS vehicles need higher RF frequencies to operate. How will the testing be accomplished?

Advanced Driver Assistance Systems (ADAS) ADAS systems have demanded an increased spectrum and bandwidth to higher levels than ever before. This means that test facilities must accommodate RF and EMC spectrum testing at higher levels of frequency.

The topic of ADAS and ADS EMC testing was the focus of an IEEE IMS 2021 industry talk by Garth D’Abreu, Director of Automotive Solutions at ETS-Lindgren, and Ram Mirwani, Director for Global Business Development at Konrad technologies. What follows is a summary of that presentation.

Manufacturers have continued to roll out more advanced versions of ADAS. Such systems' RF and electromagnetic compatibility (EMC) tests require an increase in the frequency range of interest. Traditional EMC tests were done from 150 kilohertz to 1 gigahertz. This was expanded in recent years to 2.5 GHz. Today, there are communications infrastructure and century infrastructure that uses frequencies that even surpassed these upper limits.

For example, DSRC and WiFi links operate up to 5.9 gigahertz and radar modules in current production vehicles that use up to 24, 79, and even 81 GHz bands. That’s why, when testing for electromagnetic compatibility or interoperability, operational validation is needed to ensure that the test facilities can manage the performance of these systems across this broad range of frequencies. Managing would involve handling the air communication link, the performance of the antenna, the receiver subsystem, etc. The network can be tested by measuring the fundamental behavior or performance of the first stage of the communication link.

The IMS speakers went on to explain that two well-established methods have been used for measuring actual antenna performance. One is an upper hemispherical measurement that looks at the radiation pattern over the upper hemisphere of the antenna, such as one mounted on the vehicle.

The second method looks at a two-dimensional single plane cross-section of an antenna pattern, typically used for systems that have a directional, forward-looking antenna. This method lets you measure the pattern of an antenna system with an asthma code. These measurement systems are well-established and have been used in other industries. (Image Source: IEEE IMS2021, D’Abreu, Mirwani)

Test systems based on a single moving antenna measurement arc, similar to a gantry arm that rotates the antenna over the upper hemisphere during the test.

With this system, you can monitor and measure the fundamental pattern of the antenna and make measurements of the behavior of the radio system, i.e., the total radiative power. The speakers explained that you could also measure total isotropic sensitivity. Further, with additional communication simulator hardware, it was possible to measure data throughput, interference levels, other more advanced measurements. In total, this approach lets you measure one stage of the automated communication link of the system.

But this is just one element of the communication link. A good testing process will also look at how the other parts of that system come into play and continue to exercise those other elements during that overall measurement, e.g., ADAS and EDS testing.