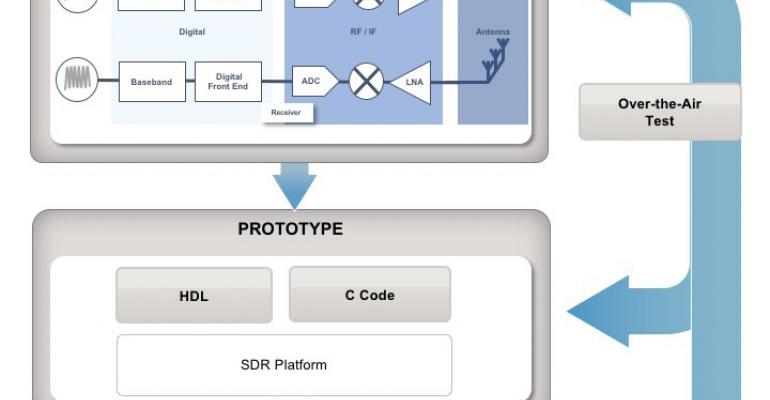 New product is believed to be the first commercially available 5G modeling tool since the finalization of the new radio standard in June.

The new 5G Toolbox, an add-on to the company’s well-known MATLAB simulation environment, is aimed at 5G system architects, as well as engineers who are developing the digital, RF, and antenna systems for 5G. “It gives engineers a way to understand the underlying technology in the 5G standard very quickly,” Ken Karnofsky, senior strategist for signal processing applications at MathWorks, told Design News.

The new product is believed to be the first such modeling tool since the finalization of the new 5G radio standard in June. MathWorks’ goal for the product is to provide building blocks—algorithms, waveforms, and reference models—in an environment that’s well known to engineers. By doing so, the company says its new product could help engineers design critical algorithms and predict the end-to-end performance of systems that conform to the new 5G release.

The availability of such a tool could be important for the wireless community because 5G—the fifth generation of cellular networking—has grown to become one of the most complex engineering undertakings in recent history. 5G calls for expertise in RF, wave propagation, antenna design, digital signal processing (DSP), field programmable gate arrays (FPGAs), and software, among other key technical areas. Few, if any companies, have in-house mastery of all those systems, Karnofsky said. “Some of the technical problems can be outside an engineer’s comfort zone,” he told Design News in 2016.

The fundamental benefit of the 5G Toolbox is that it enables engineering teams to model their 5G designs while ensuring that they support the changes in the new standard. “The idea is to provide the foundation for integrated workflow for modeling and simulation, all the way through to prototyping and testing,” Karnofsky said. “It does that by supplying the building blocks and reference models that allow engineers to predict the performance as they put in their own proprietary technologies. It also ensures that whatever they do, it will conform to the specification.”

MathWorks said the other benefit is speed. Instead of having to pore over thousands of pages of documentation, engineers can use the 5G Toolbox code to get a quick grasp of the new standard. “This gives them more insight and helps accelerate the process,” Karnofsky said.

To be sure, other simulation frameworks have been used by researchers and academicians in the development of the 5G standard. None, however, have been architected in a way that would allow an RF or test engineer to use them in product development.

Karnofsky said the 5G Toolbox is the first commercial package based on the new standard. “Having it commercially available, supported, and professionally architected is going to be a big benefit,” he noted.