HomeElectronicsHow Can the US Win at 5G?
Recent
Electronics
Q&A With IndyCar Gearbox Expert Anna Chatten
May 13, 2022
Intel Unveils Trust Authority to Boost Security
May 13, 2022
Supplier News Looks at Highly Customizable Industrial Monitors
May 12, 2022
Here Technologies Maps are Key to Mercedes Level 3 Automation
May 12, 2022
POLL
'We Built the Domino's Pizza Tracker for Manufacturing'
May 12, 2022
Break Your Bubble Gum Habit by Watching Its Production
May 12, 2022
This Patch Monitors All Your Vitals, Including Blood Pressure
May 12, 2022
First E-Skin to Anticipate, Perceive Touch from All Directions
May 12, 2022 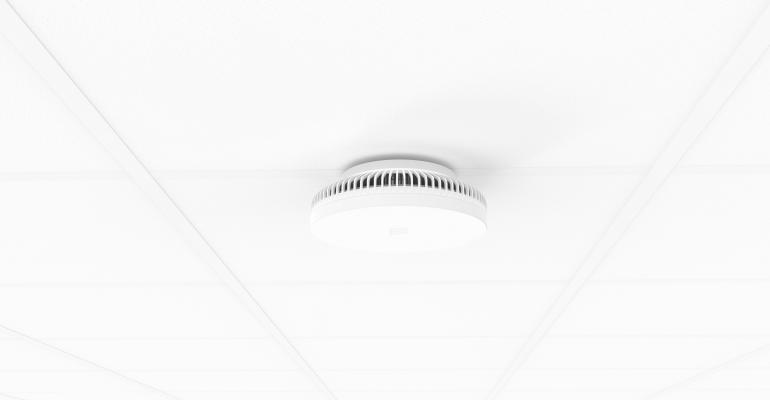 5G deployment will be key to many next-gen technologies. But experts say America is lagging behind unless regulators can take the right steps.

5G will be a key enabler for autonomous cars, the ever-expanding Internet of Things (IoT), smarter and faster artificial intelligence, and the push toward smart cities. But that's only if regulators can either get on board or get out of the way. The need for regulator support behind 5G was the main focus behind the opening keynote of Mobile World Congress Americas (MWCA) 2018 in Los Angeles. And while some of that support is already there, plenty of challenges lie ahead.

According to a report released in April by CTIA, a trade association representing the US wireless communications industry, the US is among the top four countries leading the world in “5G readiness.” Yet it currently sits at number three, lagging behind China at number one (holding a “narrow lead,” according to CTIA) and South Korea holding second place. The US is ahead of Japan, which currently sits in fourth place.

Speaking at MWCA, Meredith Attwell Baker, president and CEO of CTIA, stressed the need for the US to lead the 5G race. Baker was optimistic, noting that a year ago, there were no 5G deployments planned in the United Sates—compared to this year, where the first 5G deployments are beginning. Three mobile carriers—Verizon, Spring, and T-Mobile—are planning to launch 5G networks in Los Angeles alone. She said that by 2019, 50 cities across the US will have 5G. “Thank goodness we Americans hate to lose,” she noted.

Speaking as part of the keynote, Sunil Bharti Mittal, chairman of GSMA—a trade organization that represents mobile network operators and organizes Mobile World Congress—was much bolder in his criticisms of how government regulations are obstructing the proliferation of 5G. “Regulators need to be much more sympathetic to the fundamental building blocks of this entire ecosystem,” Mittal said, adding that the mobile industry is taxed at a level comparable to tobacco if one factors in all of the spectrum charges, auctions, and license fees. “This is the most heavily taxed industry in the world...This industry moves the GDP of the world by five percent. And yet it becomes the punching bag for most regulators and finance ministers to grab easy money.”

During her portion of the keynote, Baker called for the FCC to modernize federal rules around 5G and give clear direction to localities for procedures and fees around the technology. “We are competing with nations that approve new wireless sites in weeks or days", she said, noting that it took 30 years for the country to build the 150,000 towers for today's networks. She noted that 5G will require five times as much, but we don't have 30 years to wait.

Key to the US winning the 5G race will be policies adopted by Congress, the Presidential Administration, and the FCC. “Policymakers are critical to our success...that we have the ability and resources to meet more communities,” Baker said. “Congress, the FCC, and the administration know we can't afford to lose this race. And it starts with spectrum.”

The country will need hundreds of megahertz of new wireless spectrum opened up to facilitate 5G communications. In August, the FCC announced that it had established application and bidding procedures for the first 5G spectrum auctions in the US, covering licenses in the 28 GHz (27.5-28.35 GHz) and 24 GHz (24.25-24.45 and 24.75-25.25 GHz) bands. The FCC says bidding for the 28 GHz UMFUS licenses will commence on November 14, 2018, with bidding for the 24 GHz licenses to commence at a later date after the 28 GHz auction concludes.

In a statement, FCC Chairman Ajit Pai said the commission is planning more auctions in 2019. “In the second half of 2019, we intend to hold an auction of three more millimeter-wave spectrum bands: 37 GHz, 39 GHz, and 47 GHz,” Pai said. “Between that auction and the auctions for which we establish procedures today, we’ll push almost 5 GHz of spectrum into the commercial marketplace over the course of the next 17 months.” Pai said the FCC is also looking to reform its infrastructure rules to be friendlier to small-cell and fiber-based networks. “These are the kinds of aggressive actions we need to take to promote innovation, investment, and United States leadership in 5G,” he said.

The first step toward that infrastructure reform could come as soon as the end of this month. On September 4, FCC commissioner Brendan Carr unveiled a Senate proposal to cut costs and streamline approval periods for 5G small cells. The plan, which is set for a vote at the FCC's Open Meeting on September 25, aims to reform laws around the large towers built to provide wireless coverage to large areas to make small cell deployments easier. “Policymakers can’t claim success if 5G is only deployed in big cities like New York and San Francisco,” Carr said in a release statement. “Those ‘must serve’ cities will get next-gen mobile broadband almost regardless of what we do. Success means every community getting a fair shot at 5G. To achieve that success, we need to update our rules to match this revolutionary new technology.”

Because of its higher frequency, 5G covers less range than legacy wireless communications. Therefore, it is deployed via backpack-sized systems called small cells. Less range means more small cells are needed to cover a larger area. Because of their size, small cells can be fitted onto existing structures, such as buildings or even existing cellular towers. And new power-saving transceivers being developed by companies like Analog Devices are promising to make small cells even tinier.

The challenge comes in allowing the industry to deploy these small cells in a cost-effective manner. States like Indiana have already enacted small cell bills that require localities to give the thumbs up or down to small cell deployments within a certain timeframe. It also limits the fees that localities can charge for permission and construction. The FCC plan is modeled after these sort of state-level plans. According to the FCC, since Indiana adopted the bill, the city of Indianapolis has become home to the most intensive 5G investment in America. Over 1000 small cells have been built across the state.

In a statement of his own, Indiana State Senator Jim Merrit, author of the state's small-cell reform legislation, said that removing regulatory obstacles has paved the way for substantial investments in 5G in the state. “We made common-sense changes in our state law to encourage wireless investment, and those efforts are paying off in a tremendous way. This new technology is going to change our world significantly, and I believe Commissioner Carr’s proposals will have that same positive effect on the rest of the nation.”

Meet the Next G, as Profitable as the Last G

In his own portion of the MWCA keynote, Marcelo Claure, executive chairman of Sprint, praised the FCC order, which could speed up small cell deployment. He talked about the effect of 4G networks on the US economy and his belief that 5G will have an even more significant impact. “In 1998, we lost the 3G war," Claure said. “American carriers spent hundreds of billions building 4G LTE networks...4G created the app revolution...Facebook, Uber, Instagram. All of these companies would never thrive if we didn't build a high quality 4G network.”

Claure said the adoption of 4G has added trillions of dollars to the US economy over the years. The same 5G report from CTIA, where Claure also serves as chairman, cites numbers from Recon Analytics that support his claim. The report notes that US leadership in 4G accounted for nearly $100 billion of the increase in annual GDP by 2016 and an 84 percent increase in wireless-related jobs from 2011 to 2014. A 2017 report by Accenture (commissioned by CTIA) estimated that the direct and indirect benefits of 5G could add create up to three million jobs and add approximately $500 billion to US GDP over the first seven years.

Sprint is currently in negotiations to merge with T-Mobile, a move that Claure said would be the “best way for America to win at 5G.” The merger has, however, raised expected antitrust concerns. This week, the FCC said it was pausing its review clock on the merger to further review the complexities that come with two of the nation's largest mobile carriers becoming a single entity.

The White House Steps In?

For its part, the Trump Administration has been shown to be making 5G a priority. In March, President Trump issued an executive order blocking a proposed mega-merger between Broadcom and Qualcomm. Trump cited concerns over national security in his executive order, but analysts have speculated that the move was also motivated by attempts to maintain the US position as a leader in 5G by not allowing Singapore-based Broadcom to take over Qualcomm.

Earlier this year, in regard to the Sprint/T-Mobile deal, US Commerce Secretary Wilbur Ross told the press that building a next-generation 5G network was a priority for the Trump Administration—for its potential impact on both commerce and national security.

In January, a leaked memo from Trump's National Security Council discussed the idea of creating a centralized, government-funded, nationwide 5G network. According to leaked documents, some officials believe that having the government build a 5G network itself—rather than relying on third party carriers—would be the best way to ensure that the US holds a lead in 5G and protects itself from cybersecurity threats from “bad actors” (specifically China). The idea of a nationalized 5G network has been widely criticized and shunned by both the industry and politicians, however. The White House later clarified that the idea was merely floated and was not in the process of being enacted as policy.

So, So Worth It

Something as drastic as a having taxpayers foot the bill for a nationwide 5G network may not be in the cards. But most agree that the government will have to move as fast on the policy end as the mobile industry has moved on the technology side if the US is going to keep up with, or even outpace, its competitors in the 5G landscape. There will no doubt be pain points ahead—especially once the engineering challenges of 5G are factored in. But CTIA's Baker said it will all be necessary.

“[5G] will be like the movie Crazy Rich Asians,” she told the MWCA audience. “Your wife may have dragged you there, but it was so, so worth it.”