Why the Original Mid-Engine Corvette DCT Was Crazy Complicated 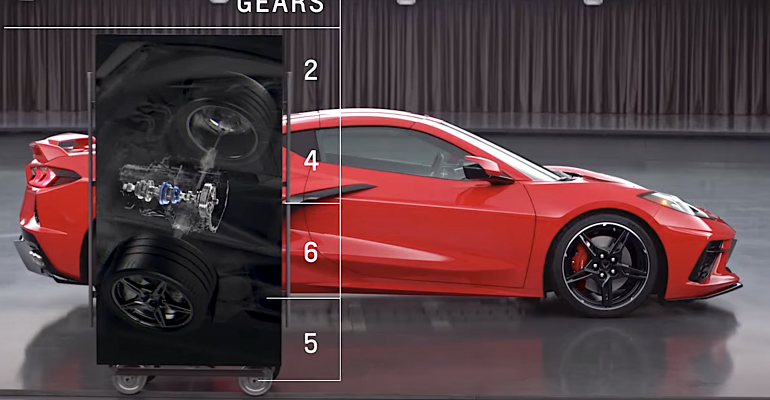 When the mid-engine eighth-generation C8 Corvette arrived in 2020, it was the delivery of a long-promised configuration for the car. The Corvette team built prototypes in the 1960s, but the plan to move to a mid-engine layout got serious in the ‘00s when the sixth-generation car was in the works.

Alas, the global economic meltdown and General Motors’ consequent bankruptcy quashed that plan and the team was forced to pivot to a less-costly revamp of the C5 platform rather than creating the mid-engine supercar they’d hoped.

A significant component of the switch is the transaxle because a mid-engine car requires a rear transaxle rather than a longitudinal transmission. This makes the transaxle a foundational component and one that is costly because it is highly specialized.

Additionally, the team wanted to move to dual-clutch technology, which was in its early development at that time, adding risk to the project. Corvette executive chief engineer Tadge Juechter recalls how the team hedged against that risk and why the C8 Corvette didn’t require such a complicated engineering solution.

Design News: Why did the planned mid-engine C6 Corvette have such a complex transmission design?

Tadge Juechter: You know one of the big questions, to enable the [mid-engine] architecture, you can't just buy a transmission off the shelf, unlike what we've done previously. We had moved the transmission to the back, but it's essentially a front transmission and we just adapted it to move to the rear to enable our architecture but it was a high-volume transmission shared with lots of other products in GM.

We don't have a transmission with a differential ahead of the speed gears. So it's a completely different architecture. And at that time, in 2006-2007 DCTs weren't as prevalent as they are today.

Design News: Was it only Porsche that had one then?

Tadge Juechter: I think it was just the [Porsche] PDK. ZF is the company that makes that so they were just emerging. They were tailor-made to the Porsche engine; smaller displacement, higher revving. It wouldn't hold up to what we had planned to do with small blocks, big bore, turbocharged big bore we had all these big plans with all this stuff we were going to do with massive torque.

There wasn't anything off-the-shelf, and nobody really interested in creating something like that. General Motors is enormously capable of transmissions although not so much in DCTS. We decided to do our own design our own. We had general specifications: here's the package space, here's what we think the engine outputs are going to be.

At that time, we thought seven speeds were more than enough. Right? So it is a 7-speed, most people came out with 7-speed DCTs. Now [the C8 Corvette has] 8-speed DCTs. So we were going to do a 7-speed DCT, internally designed.

Of course, one of the things that's kind of unique to Corvette, at least in the world of sports cars, is cylinder deactivation, so we're going to use the small block. We knew we wanted to have AFM, active fuel management, and so we're going run [in] V4 [mode]. Which is a noise and vibration challenge in and of itself, especially in the transitions when you bump: you're not firing four cylinders, all of a sudden you're firing four cylinders. You get torque bumps.

So think about clutches friction clutches. Nobody had ever done anything like that where you'd absorb those bumps yet with a friction clutch. And we knew it was quite likely to be a problem because we knew we had wrestled with issues even with the torque converter which is a torsional damper in-line between the engine and the transmission.  So if the engine’s crankshaft takes its step, the torque converter can absorb some of that so you don't get a torque bump at the rear wheels. You don't feel it in the car. 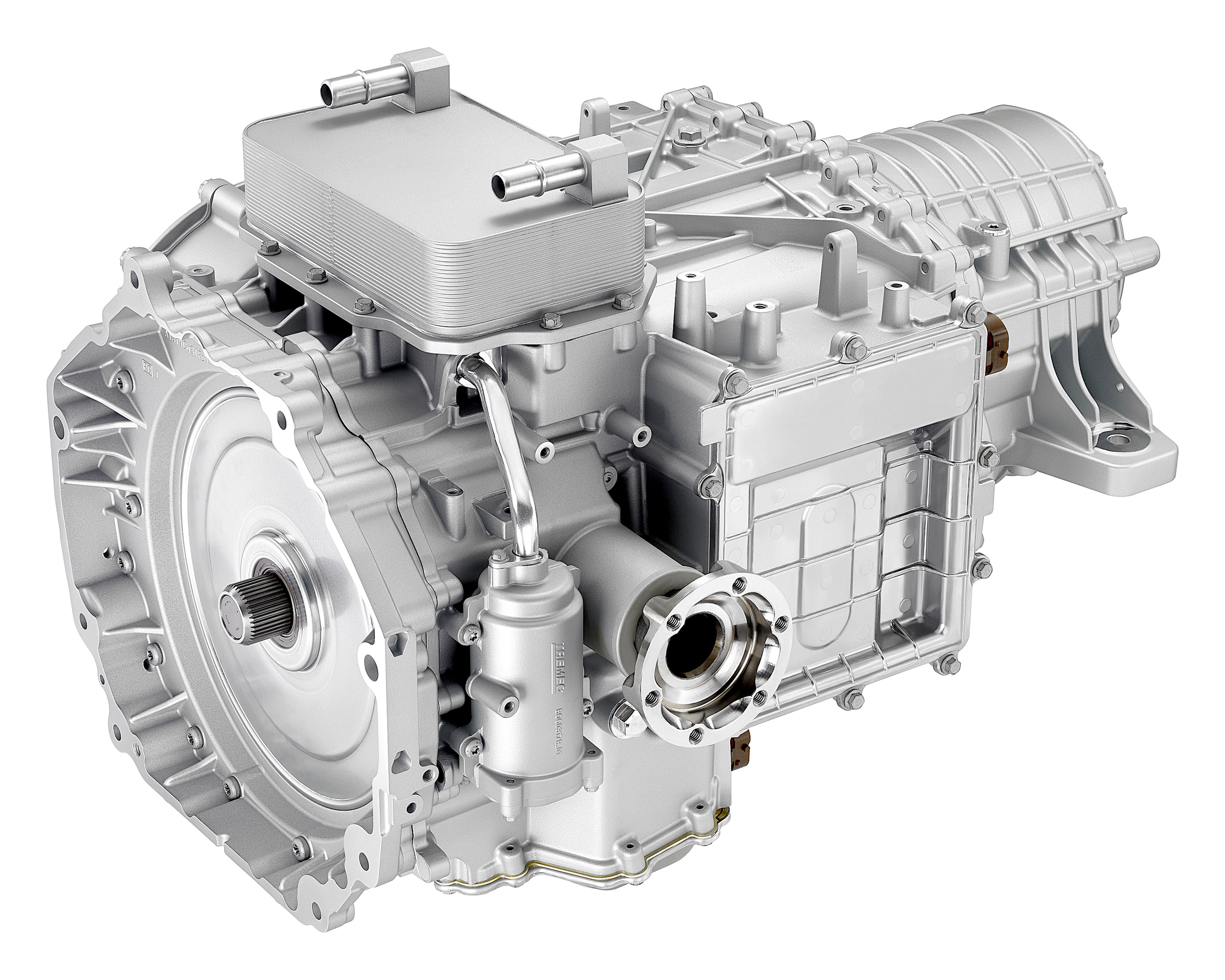 So that was a very open question. We did not want to give up that fuel economy enabler. One great thing about Corvettes: great performance, and when you get out on the open road, put it in top gear, drive in the four-cylinder mode and get great fuel economy along the way. There was a huge debate internally about, “We're going bet the architecture on this transmission. We don't have a way to simulate this very well at all the intricacies of a wet clutch and exactly how is it going to handle a sudden spike in torque and all the different temperatures that have to do it all these different conditions.”

Trying to create all of that out of thin air you got a lot of conservatism. “I want to guard and protect my portion of the transmission so that I'm sure that it will work.” Because like I said, there's no alternative if that transmission doesn't work in the application. You've lost the entire architecture by the time you find that out, you've invested in the plant and all the tooling and everything else. So it's a massive bet. That's why we necessarily had to be conservative and put all those safeguards in the design.

Design News: Why is none of that complication necessary now, for the C8 Corvette’s DCT?

Tadge Juechter: The evolution of DCTs over that timeframe is quite a long time from say 2006, when we kicked it off, to 2016, when we started to get serious. So ten years intervened and all of a sudden, DCTs are becoming more prevalent across the board, and we started to see more and more variations of higher horsepower cars. So the knowledge base of the entire industry, ours and very significantly the suppliers where you buy things like clutches and the special control system and get all the speeds lined up with smooth-shifting manual transmissions.

That control system is a massive engineering problem. So that evolved quite a ways and commercial conditions are such that we could try to use a DCT supplier like ZF or Getrag. But we also had this long relationship with Tremec for our manual transmissions for years and years.

Their financial position was, they were looking at the data they saw every year manual transmission going down. So they were extraordinarily motivated to get into the DCT business because that was obviously up and coming. It combined the best of the manual versus automatic. So they were passionate about it.

Now, they weren't an obvious choice because we knew from a lot of sources that DCT is an extremely technical piece. You don't just walk in and design a DCT. They knew that as well, so they went and bought a company that did control systems in Europe called Hoerbiger that actually did control systems for the European DCTs. They actually bought the whole company integrated into their company and said, “Okay, we know cutting gears and shafts and bearings and all that stuff, and castings, and all the stuff to make a manual, but now we also have the control system.”

So they felt like they had the ability to put together a workable plan. It's been a challenge all the way through but they were motivated, truly motivated. And they were willing to do one that didn't just modify an existing transmission. It took our specifications and designs and it's gotten really good reviews since we brought it out.

It's just like last time: we bet the whole architecture of the whole car on their ability to execute that transmission. There wasn't a backup manual transmission or something like that, that we could stop-order the automatic. One transmission. It worked. It worked. Not without drama along the way, but it did work.

Design News: At what point did you know it worked?

Tadge Juechter: It was an evolving story. We did our early pre-production mules and things. We didn't have a transmission for several years. You've seen the Holden Ute we built. That didn't have a one piece from Tremec in it.

So for a lot of our early architectural mules, we didn't have the transmission. They had to essentially do the production design, and build it in a prototype way. The manufacturing process is pretty tricky also. Super-fine tolerances on a lot of different things.

To get a really functioning box was actually pretty late in the program and then you have to integrate it you have to take their control systems and it has to speak to all the rest of the electronics on the car.

It's not like one module has a code to go to another module. Every single message has a rolling code and so no two messages are the same. So, here we are trying to calibrate and tune this transmission, meantime it has to talk to the engine because you have to ask the engine for speed and torque and all that stuff.

You have to understand that, communicate it, and you're going through this decoder ring with every single command and so that presented an engineering challenge but you know, it's seamless now. It's extremely robust from tampering as we've seen in the aftermarket having a hell of a time trying to create aftermarket content for our cars.