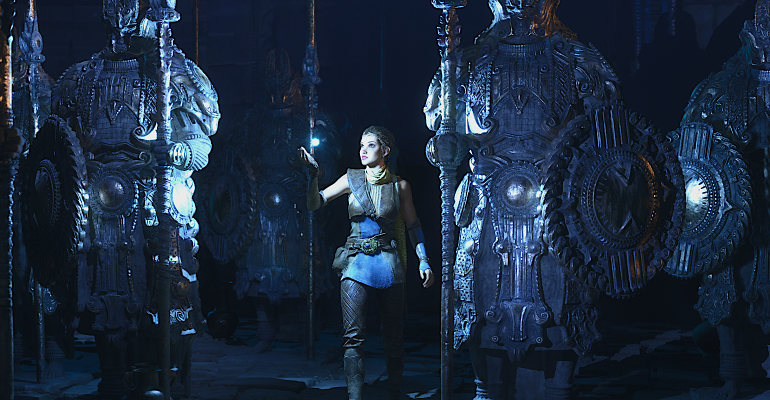 In the move to bring realistic imagery to in-car displays, carmakers are turning to a seemingly surprising source: video games. After all, video game makers have extensive expertise in creating lifelike imagery, and the tools they use are becoming so widespread as to be de facto industry standards.

This is why General Motors has announced that the upcoming Hummer EV and Cadillac Lyriq, which boast enormous video displays on their dashboards, will employ video rendering technology from Epic Games. Epic’s first-person shooter video game, Unreal, debuted in 1998, and the underpinning software for that game, which is now known as the Unreal Engine, has since been used to build countless games, including Fortnight.

Now, Epic is moving its Unreal Engine into the automotive realm, with the Hummer EV as its first example. “Unreal Engine is a comprehensive toolset for creating beautiful, interactive visuals using our advanced, scalable renderer,” explains Epic’s director of human-machine interface and embedded systems, Francois Antoine in the company’s introductory video.

As part of Epic’s bid for the Unreal Engine to appeal to automakers, the company has added support for Qualcomm Snapdragon and Blackberry QNX’s Neutrino microkernel real-time operating system. The Blackberry OS has been used by companies including Ford and Audi for their infotainment display systems. In fact, Blackberry QNX says its RTOS is running on 175 million cars worldwide. Additionally, Unreal Engine runs on Linux and Android operating systems.

GM selected Unreal Engine after evaluating three or four alternatives, reports Scott Martin, creative director for user experiences in a phone interview with Design News. Unreal Engine’s speed, the ease of using its tools, and the easy integration with GM’s hardware were selling points in Unreal Engine’s favor, he adds.

“Games engines provide new freedoms for designers searching for the most effective (and most engaging) ways to communicate this information and a fast, efficient way to build and test each option,” explains Heiko Wenczel is Director of Industry Management with Epic Games and Head of the company’s Detroit Laboratory in an emailed response.

The GMC Hummer EV's graphic HMI promises to make features and selections easy to find and intuitive to navigate.

The Unreal Engine is employed to display a representation of the vehicle in real time, providing the driver with an image of the vehicle’s status. That means showing familiar information such as the vehicle’s drive mode, tire pressure, and oil life in a more lively, engaging way than the dreary old line of text, says Martin.

“It is a better tool than looking at a few sentences of text,” he says. “That’s primary as to why we’re looking at visualizing things in a different, better way.”

For the Hummer EV, the opportunity to incorporate video from cameras around the vehicle with a real-time image of the Hummer’s position and attitude makes the Unreal Engine a virtual spotter for off-road driving. “For an off-road enthusiast, off-roading can be a team event, with spotters outside the car.” The Hummer EV’s display will provide the driver with a realistic image of the Hummer’s situation from the driver’s seat.

“For analytics and diagnostics we can use the Unreal Engine to have a 3D representation of what my vehicle is doing,” he adds. For the Cadillac Lyriq, designers are contemplating the notion of using it to depict what the SuperCruise driver assistance system’s sensors are seeing and reacting to, Martin continues. “It can show things like the lane lines and other vehicles.” 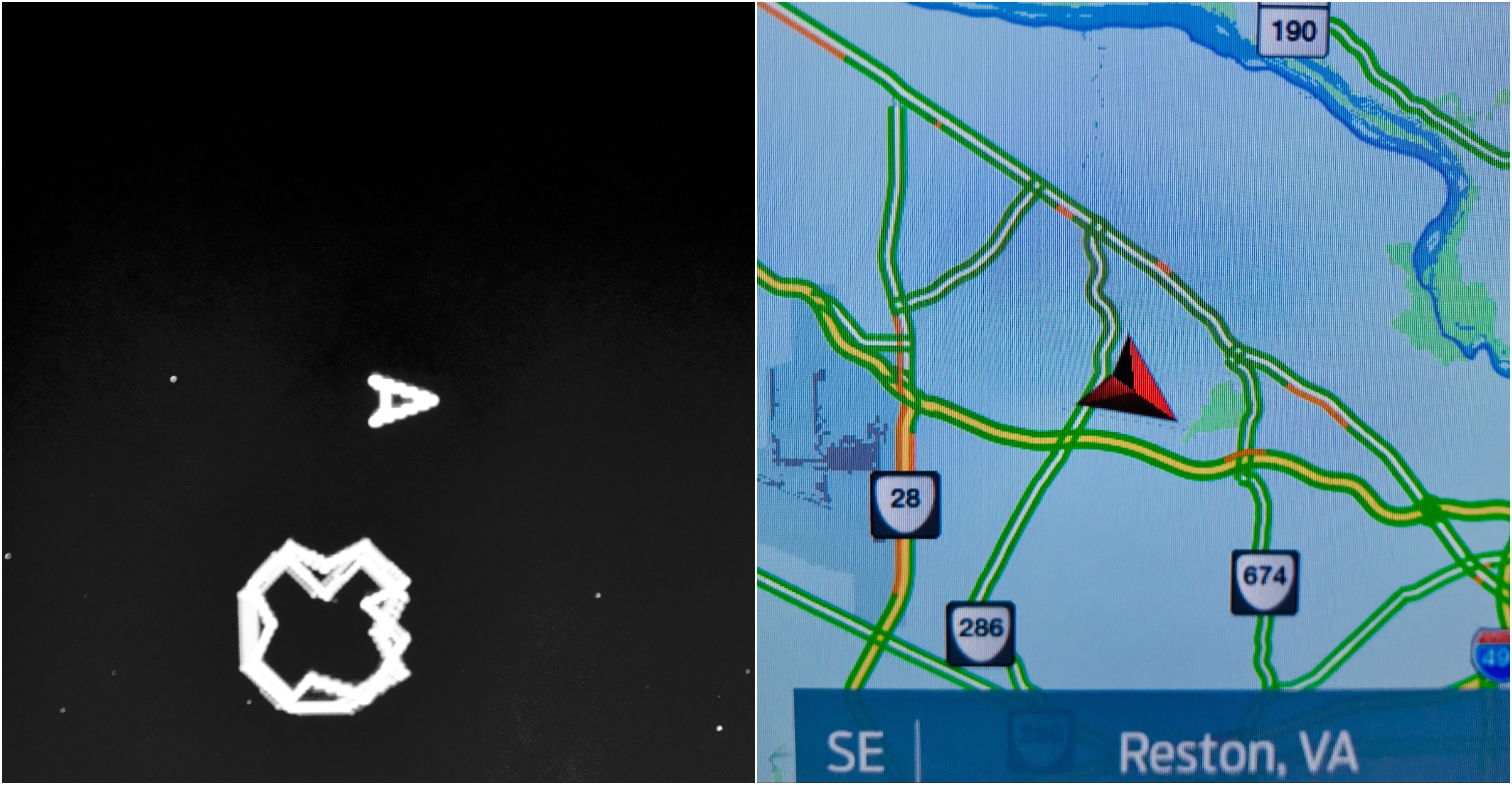 The influence of Atari's 1979 arcade game "Asteroids" (left) is still evident in the navigation display in the 2021 Ford Mustang Mach-E.

The crossover between video games and automotive information displays goes back to the earliest days of both technologies. In the book, The Art of Atari, author Tim Lapetino explains that Atari founder Nolan Bushnell invited engineers from Etak, Inc., the pioneering pre-GPS automotive navigation system company he also launched, to a preview of the Asteroids video game.

Seeing the dart-shaped representation of the Asteroids spaceship at the center of the game’s screen, the Etak designers concluded that would be a good shape to represent the driver’s car on the Etak map. Today, we still see that shape employed on the dashboards of most cars. Perhaps there is some artifact of Unreal or Fortnight that we’ll be able to spot on cars’ displays in the future.