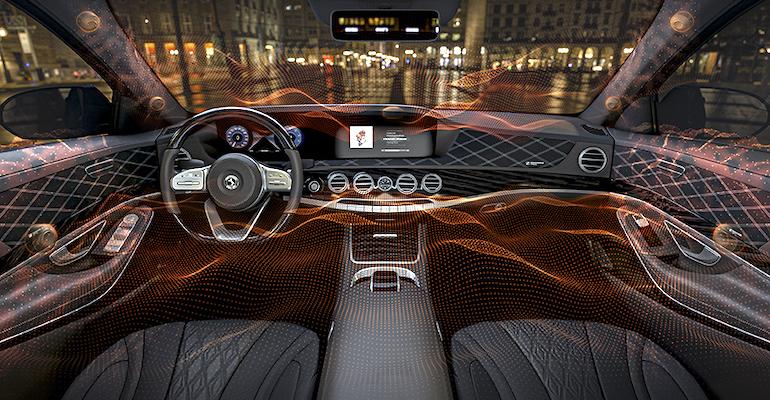 The old business axiom, “The customer is always right,” could lead to a perennially future automotive technology finally reaching customers, as Continental found to its surprise that automakers may like its speakerless audio system for compact entry-level models even more urgently than for the expensive premium models that typically debut emerging technology.

That’s according to Jens Brandt, VP Human Machine Interface Continental, North America, who said that he expected that the usual premium-brand suspects would be the most promising customers for a system that provides all-encompassing sound.

Of course, the premium car market will likely embrace the new technology too, and the premium car audio segment is growing at more than 4.0 percent annually, Brandt added.

But the 90 percent space savings of the speakerless system compared to conventional speakers is even more valuable in small cars. Automakers were excited by the prospect of reclaiming space in the door cavities for water bottle holders, he said.

They will be able to do that because Continental’s Ac2ated speakerless technology, which it is developing in conjunction with audio specialist Sennheiser, uses the car’s interior surfaces to radiate sound in place of conventional speaker cones.

The Ac2ated system’s actuators are bonded directly to door, roof, and other trim panels, serving the purpose of conventional speaker drivers. The actuators even look like speaker drivers, but they are specialized for the task of exciting large flat panels at just the right frequencies and with very little movement. A driver, in comparison, moves speaker cones a large distance to displace air rather than simply vibrating. 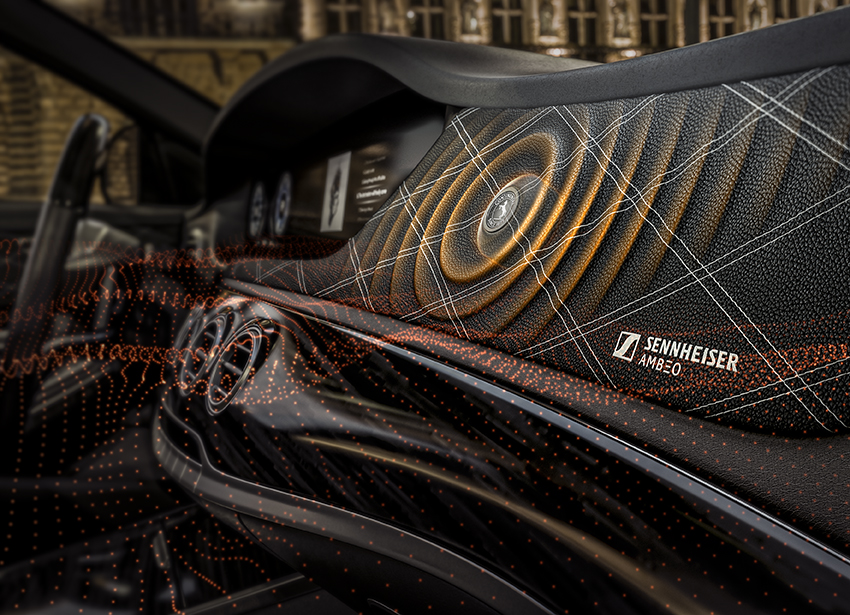 Actuators substituting for subwoofers offer weight and space savings for those typically bulky and heavy devices, and the solution doesn’t need to be specific to the car in which it is installed.

The mid-range speaker replacements also save weight and save that precious door panel space for those water bottles, while tweeter replacements can be built into the A-pillar trim, headliner, or head restraints. In both cases, speaker grilles are eliminated, streamlining interior styling.

The fundamental concept for using surfaces to project sound is borrowed from string instruments, whose vibrating strings excite the instruments’ surfaces to create sound. Because the sound emanates from large areas rather than from discrete speakers, the experience is all-enveloping, said Brandt. 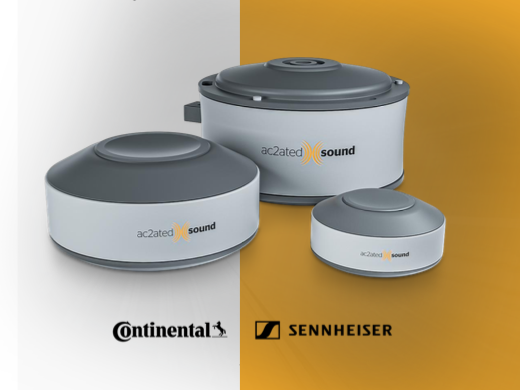 “For Ac2ated Sound, we have brought together the highest levels of expertise in the areas of acoustics, infotainment, and vehicle design,” said Helmut Matschi, member of the Executive Board and Head of the business area Vehicle Networking and Information at Continental.

He acknowledged the contributions of the audio specialists at Sennheiser helping bring the Ac2ated system closer to production. “In Sennheiser, we have found an audio expert who helped us make our pioneering audio system even better,” he said. “Together, we have developed an audio system that creates premium sound out of nowhere.”