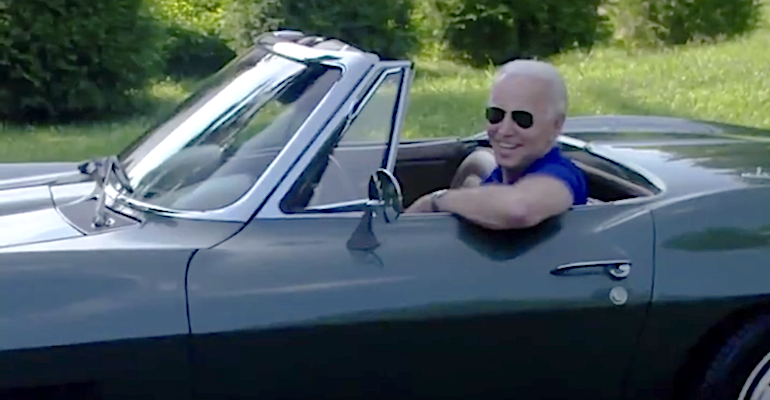 A Biden administration brings new priorities and policies that are seen as mostly favorable for the auto industry.

With a change of presidential administration comes a change of policies, especially when the incoming president is from a different party than the outgoing one. These policies affect many sectors of the U.S. economy, but few are as high profile and as far-reaching as the auto industry.

We cannot be sure what policies a Biden administration will advance, especially if the Republicans retain their majority in the Senate, but we do know some things about their plans and stated goals. These goals don’t always align with reality, as you might recall from the Obama administration’s forecast of a million electric vehicles to be sold by 2015.

In fact, cumulative EV sales reached a million cars in 2018, with annual sales peaking that year at 316,315, according to the Transportation Research Center at Argonne National Laboratory. In 2019, EV sales slipped back down to 326,644. These numbers include plug-in hybrid-electric models too, so the number of pure battery electrics is lower. 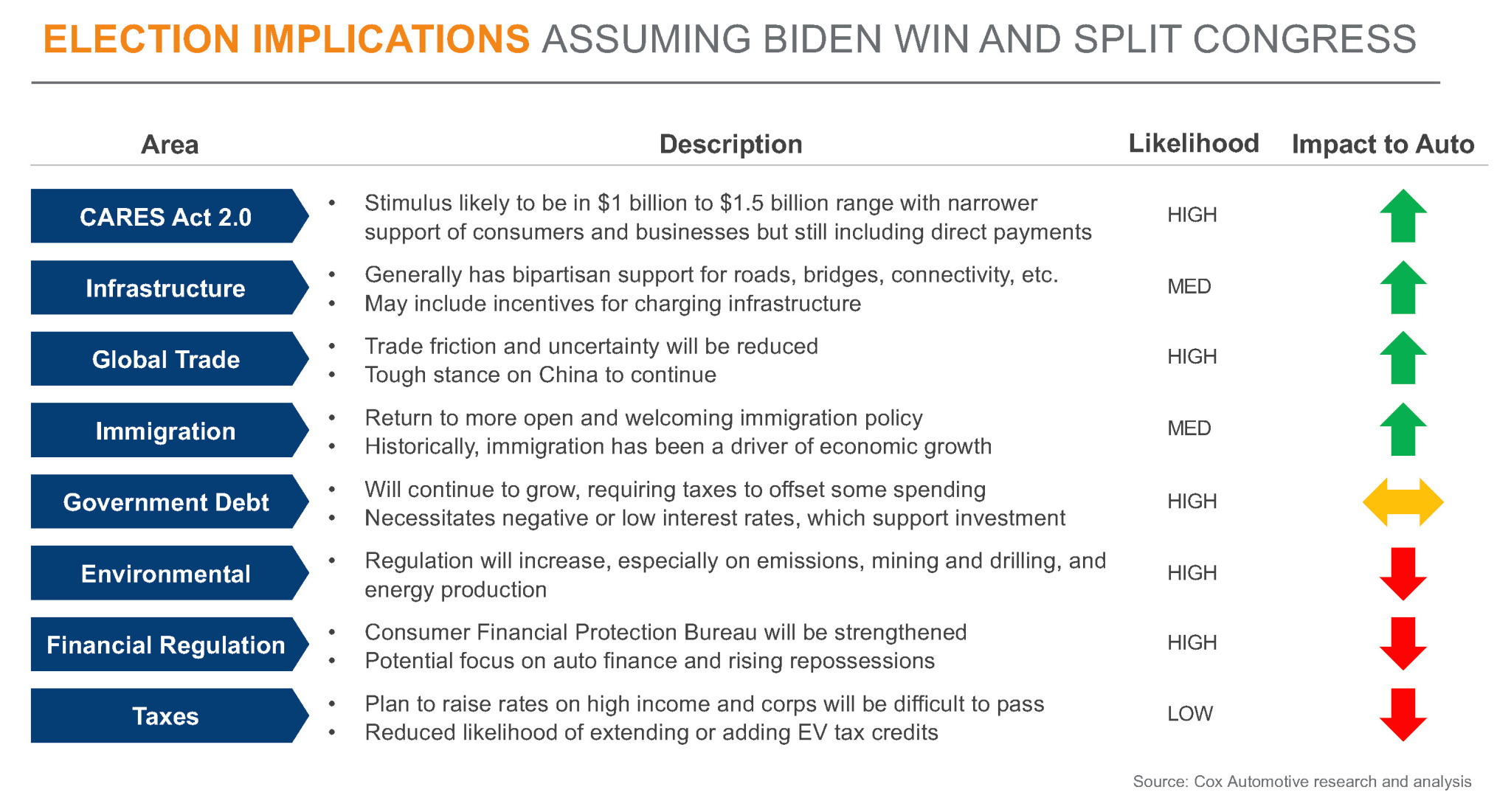 With this kind of unpredictability in mind, Cox Automotive chief economist Jonathan Smoke has put together a projection of what the auto industry can expect will likely happen over the next four years.

We are starting from an industry Cox predicts will total 14.3 million new-vehicle sales this year, down 16 percent from 2019. Sales to consumers are doing pretty well, as they are only off by 9 percent compared to last year, but commercial fleet sales have collapsed 42 percent as companies postpone purchases, Cox reports.

The company forecasts that new-vehicle sales will grow a modest 6 percent next year, to 15.2 million vehicles.

An expected federal stimulus program under a Biden administration is expected to help fuel the growth in auto sales. Additionally, there is an expectation for infrastructure spending that could include support for EV charging stations to help boost the appeal of EVs for consumers who worry about being caught with a dead battery. “Biden’s “Clean Cars for America” platform features the creation of 500,000 charging stations and a shift in government fleet to electric and the possible extension or addition to EV tax credits,” he said. 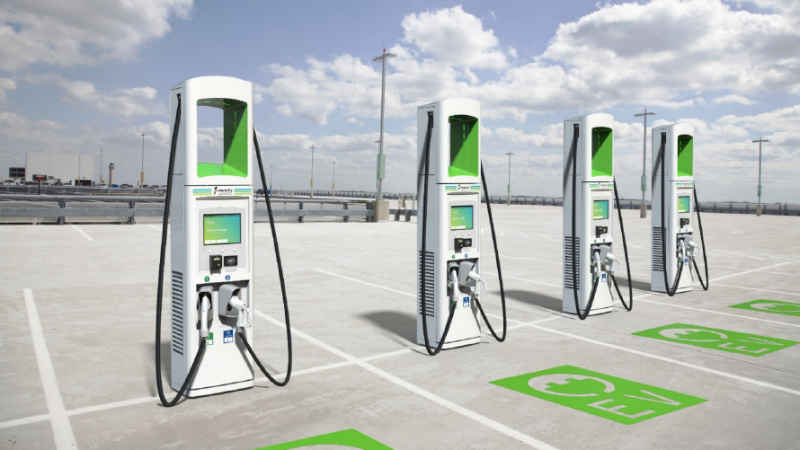 The industry will also benefit from the reduction of trade friction with Europe and Japan, smoothing the way for more imports and exports, Smoke predicts.

Probably the most significant area of change will be in that of environmental regulation, where the Trump administration has battled with California regulators over automotive emissions and EV requirements, for example.

“Expect a quick return to the fuel economy and emissions standards set by the Obama administration and an immediate end of the clash with California,” said Smoke. “That’s a positive for manufacturers, who are looking for direction on fuel economy and are supportive of a national standard, but I stand by my view that the higher fuel economy standards will be a negative in terms of affordability and size of the vehicle market.”

And although EV sales slumped in 2019 in the face of historically inexpensive gasoline, look for the government to boost its efforts to pump up demand with incentives. This will be popular with automakers, which are dedicated to a raft of new mainstream battery-electric models such as the Ford Mustang Mach-E.

There's been a lot of talk about my vetting process lately. Here’s an inside look: pic.twitter.com/tFRKJOE3hi

Meanwhile, we already know that president-elect Biden has one particular automotive item on his agenda: an electric Corvette. In August, his campaign released a video showing Biden driving his classic 1967 Corvette. The car was a wedding present from his father, who managed a Delaware Chevrolet dealer.

As much as Biden loves his gorgeous vintage ‘Vette (a 327 small block V8 with four-speed manual transmission), he has an eye toward the future of the automotive industry. “I believe we can own the 21st-century market again by moving to electric vehicles,” he said. “And by the way, they tell me, and I’m looking forward if it's true to driving one, that they’re making an electric Corvette that can go 200 mph.”

It sounds like the president-elect may have heard about the Genovation GXE electric Corvette that we covered earlier this year. But as the Ford Mustang Mach-E demonstrates, we can also expect carmakers to update their icons with electric power, so don’t be surprised to see the president behind the wheel of an electric-powered Chevrolet Corvette by the end of his term.