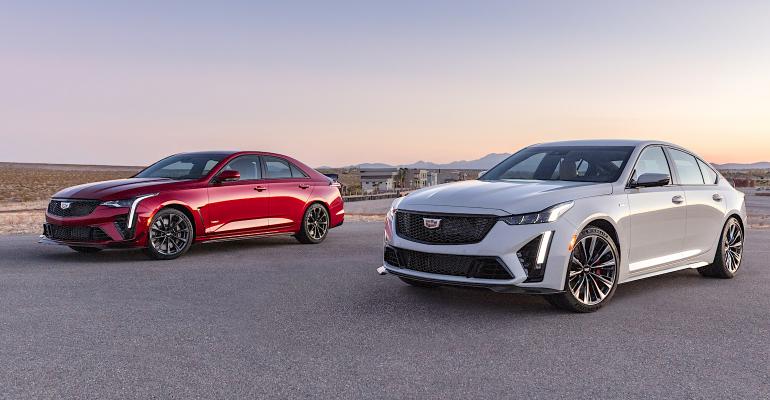 A week after General Motors’ announcement that the company aims to fully electrify its light-duty product line by 2035, the company has shown how its internal combustion-powered models could go out with a bang.

The 2022 Cadillac CT4-V Blackwing and CT5-V Blackwing sport sedans are propelled by upgraded versions of the engines in the current non-Blackwing-spec models. 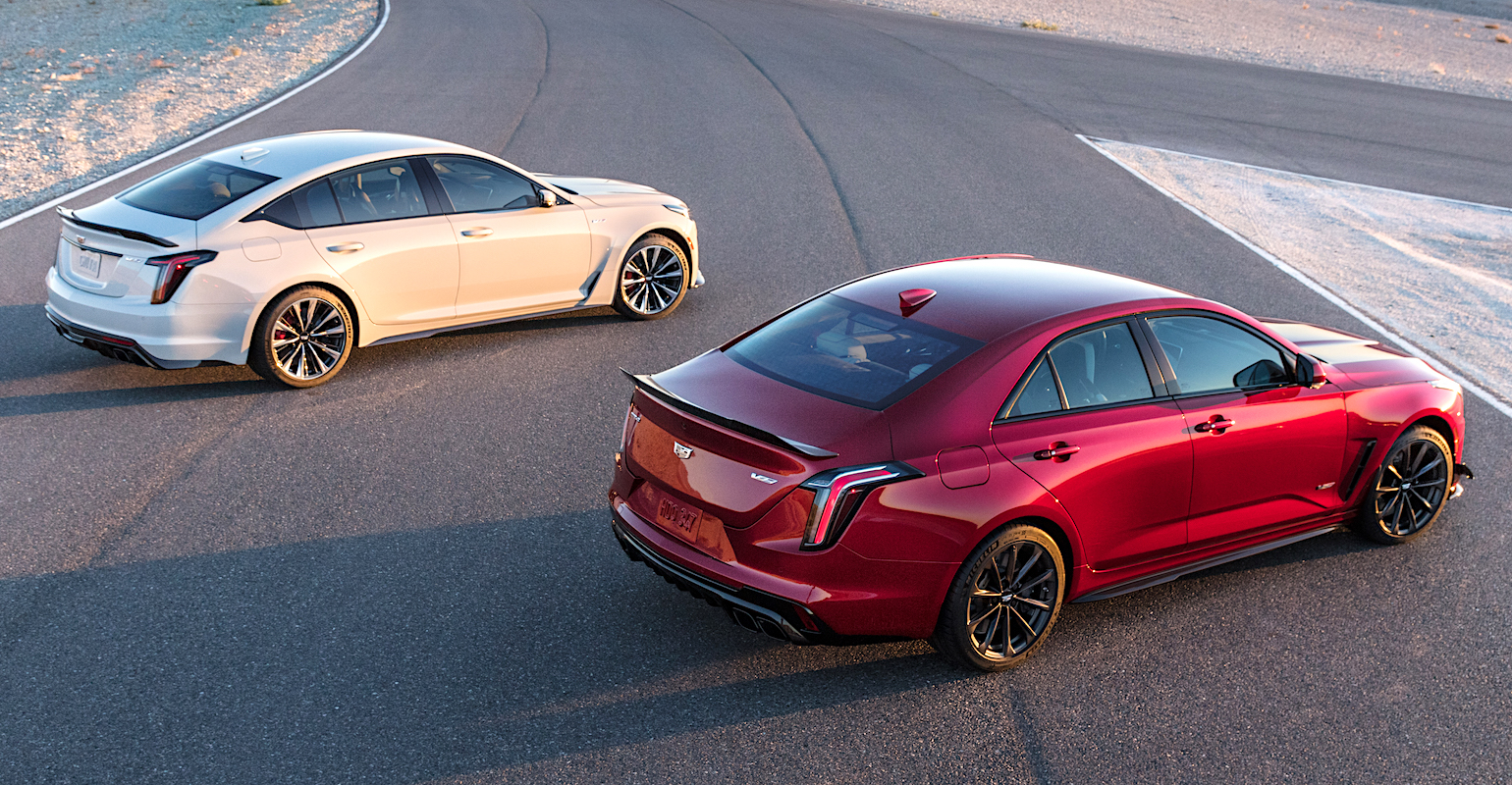 CT4-V Blackwing accelerates to 60 mph in 3.8 seconds and reaches a terminal velocity of 189 mph.

“V-Series Blackwing stands for the very highest level of execution from Cadillac and offers a distinctly American vision of performance: incredible power and luxurious craftsmanship with absolutely zero compromises between the two,” says Vivian. “If it doesn’t make the car go faster on the racetrack, it isn’t on the car,” he declares.

That might be a slight exaggeration because these days manual transmissions tend to be a performance handicap compared to automatics. Both Blackwings are available with a 6-speed Tremec manual transmission, which will make the car more exciting to drive, even if not faster than the automatic version, so we’re prepared to cut Vivian a little slack here. 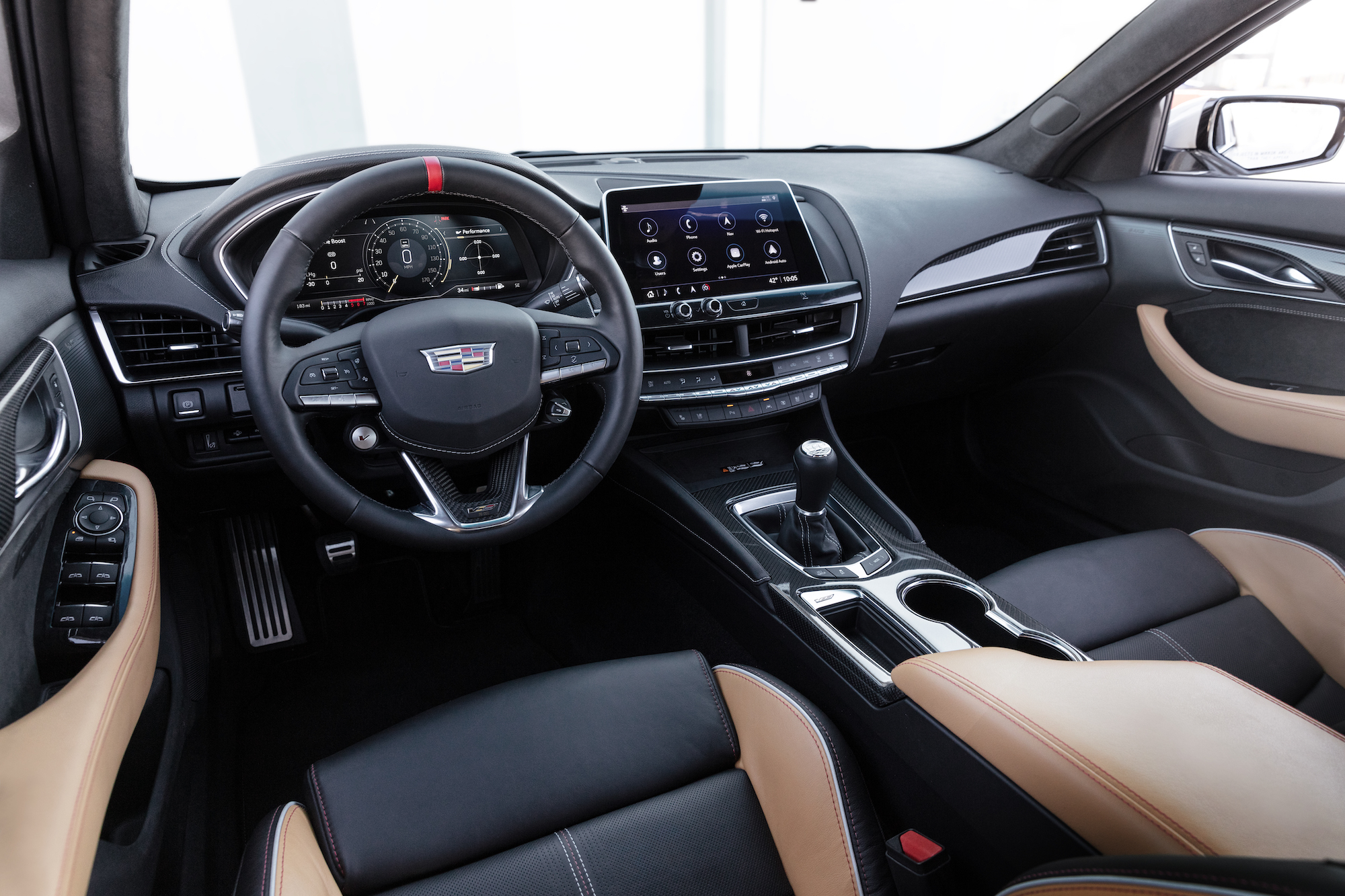 The manual gearbox employs a LuK twin-disc clutch for high torque capacity, light pedal effort, and a good feel for the clutch’s friction point. There is also active rev-matching, so drivers don’t have to heel and toe the pedals on downshifts.

Similarly, there is a no-lift shift function, so the driver doesn’t have to lift off the gas pedal on upshifts. This keeps the turbos spooled up on the CT4-V Blackwing, so it is especially helpful for that car’s acceleration. The manual transmission also gets the same cooling system used by the automatic, ensuring that it will withstand racetrack duty.

GM’s 10-speed automatic transmission is fitted with a unique oil pan design and different priority valves to withstand high-g track use. The cars’ shifters permit manual gear selection and the automatic shift algorithm includes a sport mode to reduce shift frequency in aggressive driving. The transmission has an auxiliary pump to prime the transmission as soon as the driver’s door opens, for better cold-shift performance. 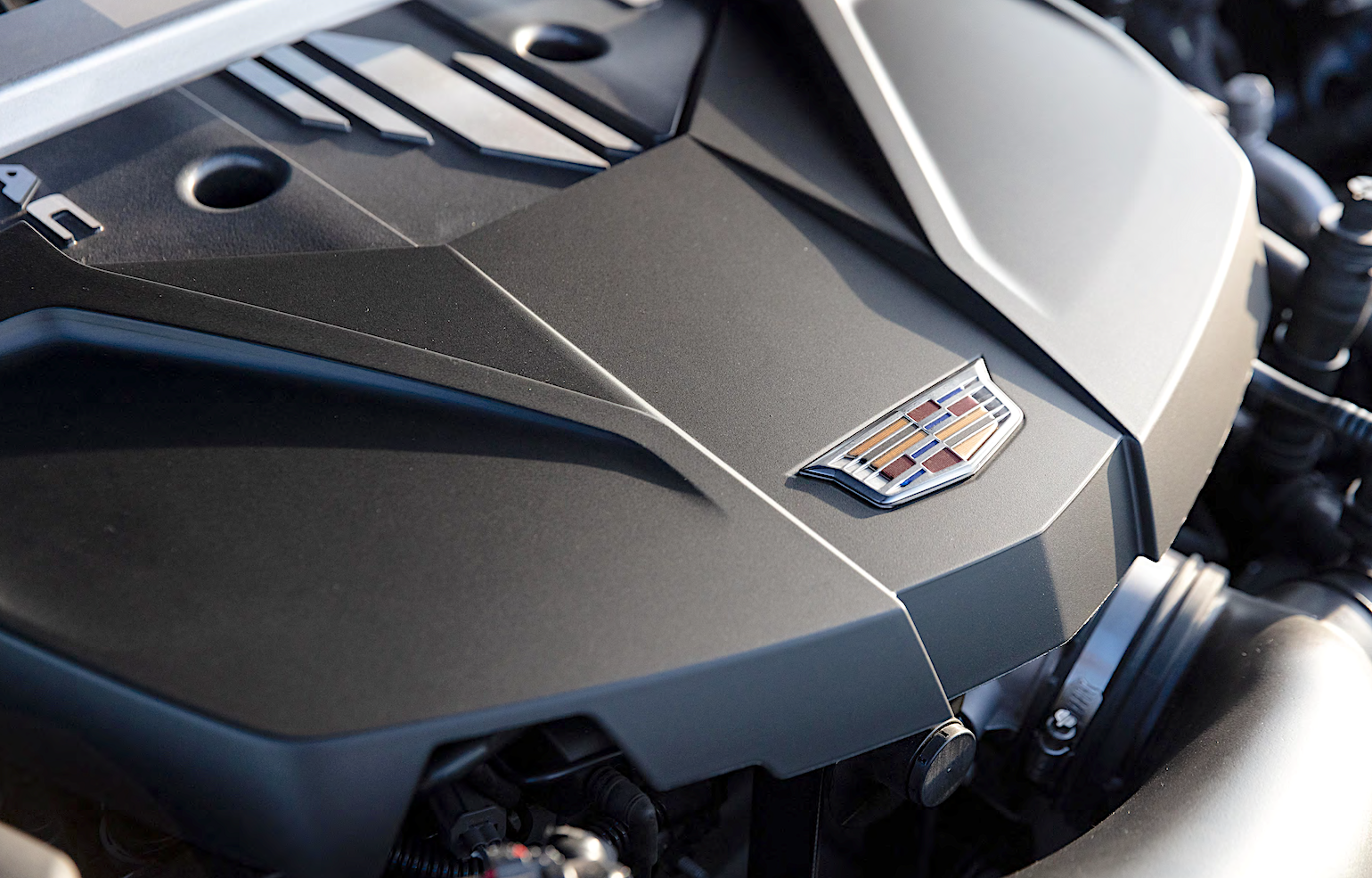 The transmission sends power to the back wheels through an enhanced electronic limited-slip differential. The new cast aluminum housing weighs 22 lbs. less than the old cast iron one and the differential provides better control of torque distribution during hard corning.

The CT5-V Blackwing has 398 mm front rotors with six-piston Brembos and 373.5 mm rear rotors with four-piston Brembo calipers. The news here is the optional availability of a carbon-ceramic brake system that not only tolerates the heat of track driving by also slashes 53 lbs. from the unsprung weight of the car’s suspension and 62 lbs. from the car’s rotating mass. Combined with the magnesium wheels we've discussed previously, the Blackwings should have minimal unsprung and rotating mass.