Here’s How Cadillac Is Expanding Super Cruise Availability And Capability 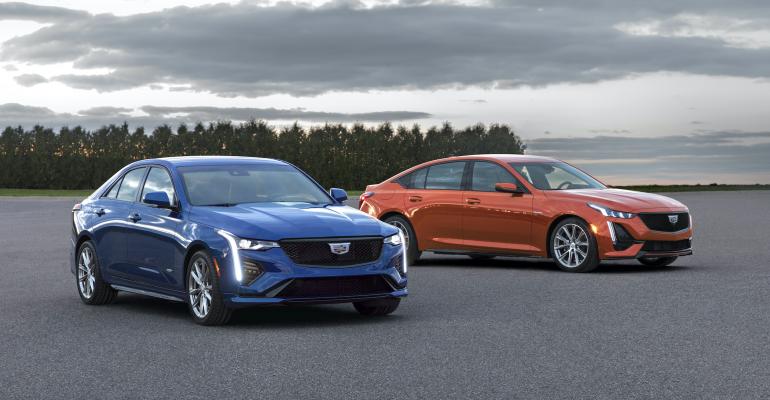 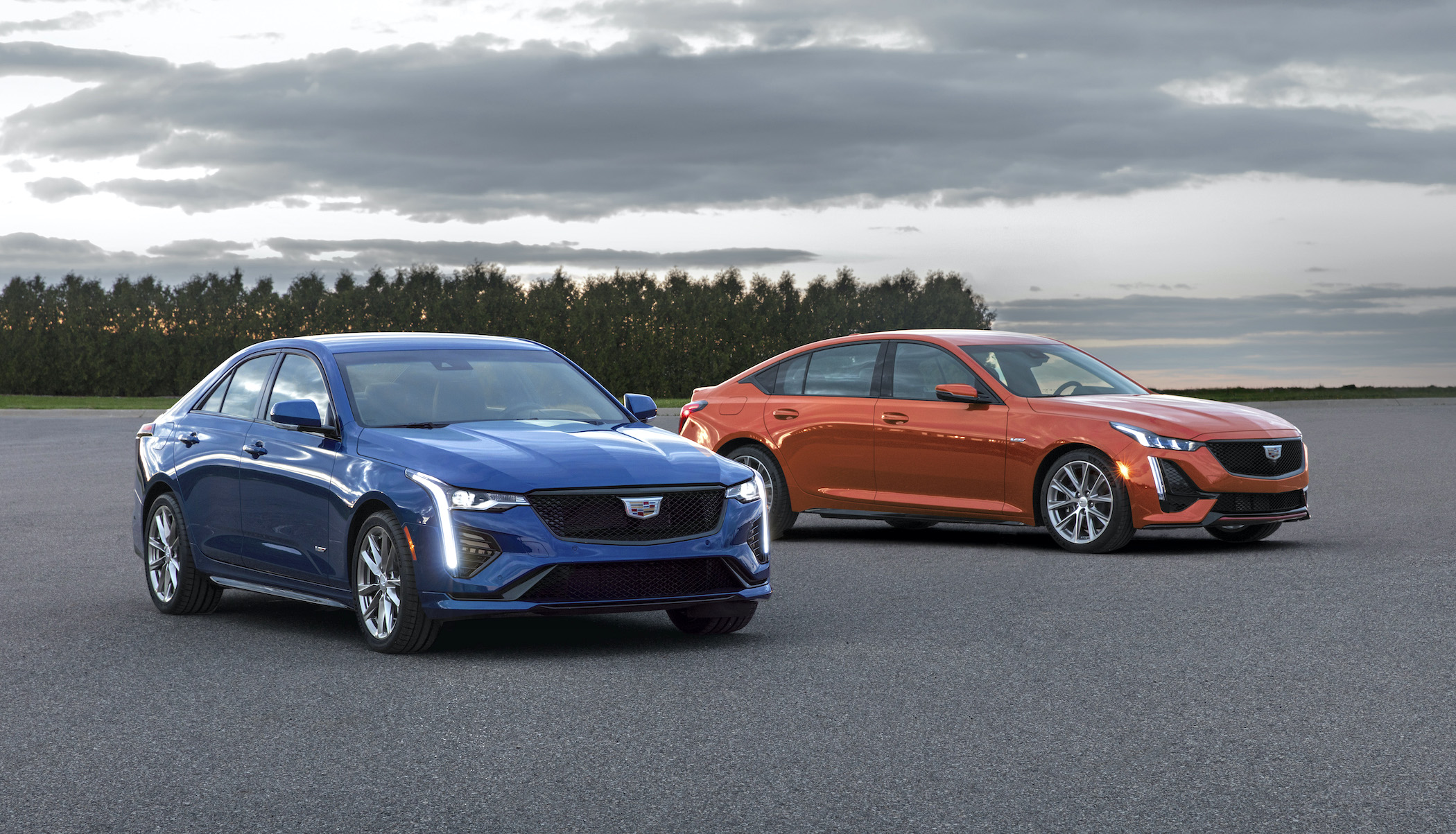 Cadillac’s Super Cruise driver assistance system is the industry’s best, but it has remained a too much of a secret as it has been limited to availability on the slow-selling CT6 sedan. That is changing, as the system will finally proliferate to more popular models. To celebrate the graduation from art house theaters to general release, Super Cruise is adding new, previously unseen content.

The 2021 Cadillac CT4 and CT5 and the brand-new edition of the flagship Escalade SUV will now feature an enhanced version of Super Cruise. The company notably doesn’t apply software industry nomenclature to Super Cruise, and this is not labeled version 2.0. That’s because Super Cruise has been continuously upgraded since its introduction, getting smarter and easier to use in continuous steps that have gone unremarked upon. 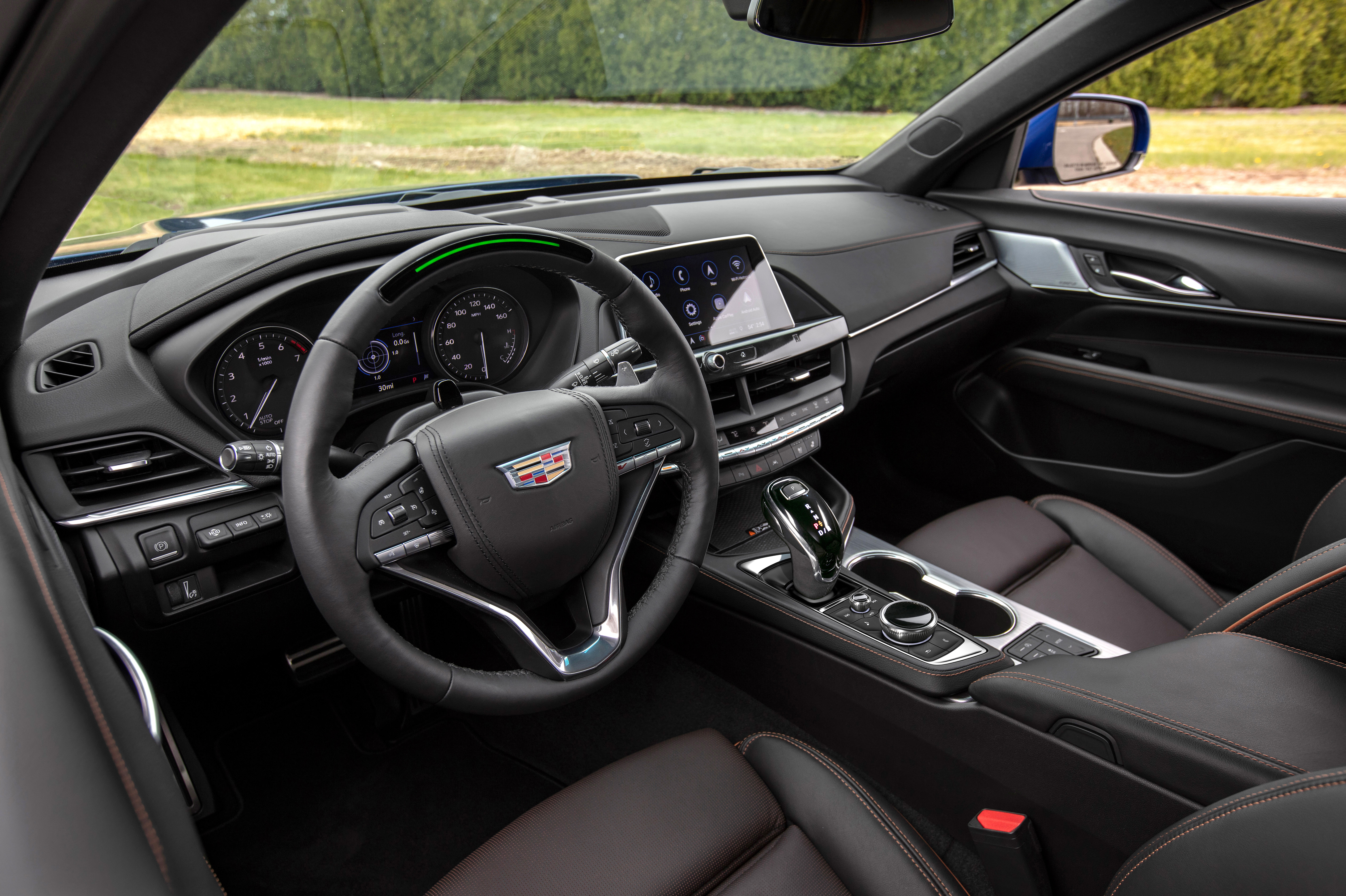 This has been another aspect of the invisibility of Super Cruise in comparison to Tesla’s Autopilot, which is aggressively touted by Tesla president Elon Musk in terms that could be considered reckless because of the encouragement to use it in ways that are not safe.

General Motors’ conservatism with Super Cruise includes not only the slow-motion rollout, delivering more than promised and continuously upgrading the production without fanfare. It also includes a conservative approach to how Super Cruise can be used. Cadillac limits the system’s engagement to pre-approved limited-access highways only, to minimize the potential of unexpected disruptions of stopping and turning traffic.

Super Cruise also includes a camera on the steering column that watches the driver to ensure that they are always supervising the car’s progress. In contrast to Teslas, which are periodically videoed with their drivers sound asleep at the wheel, Super Cruise will prompt an unobservant driver to pay attention. If they do not, Super Cruise will eventually stop the car. 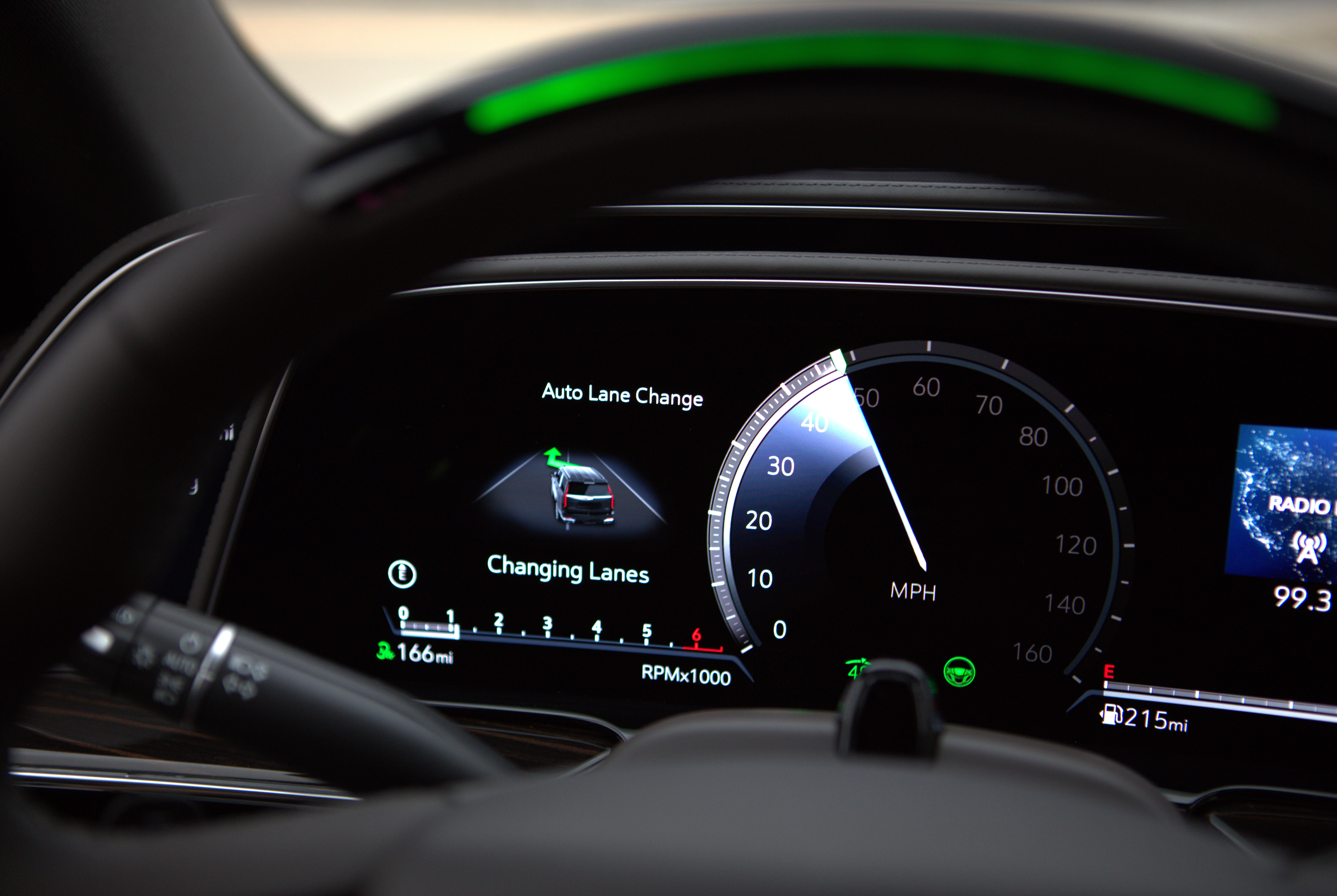 In keeping with its effort to continuously upgrade the usability and driver-friendliness of Super Cruise, this new version of the system includes larger upgrades in those areas in addition to adding the ability to automatically steer into the next lane when the driver activates the turn signal.

“We have made a number of improvements to make Super Cruise more intuitive, better performing and more accessible for our customers,” reported Mario Maiorana, Super Cruise chief engineer. “In addition to the automated lane change functionality, we’ve made improvements to the user interface and hands-free driving dynamics.”

These larger jumps in capability come now because they are enabled by GM’s new all-digital vehicle platform which we detailed recently in our article, GM Engineers Break Electronics So We Don’t Have To. This system provides the increased processing power and data bandwidth needed for these features to work, according to the company.

The upgrades include access to richer map data which contributes to the ability of the car to execute lane changes as well as navigate itself through turns and highway interchanges where it could not before. The software controlling the steering and vehicle speed control is more refined, and the system is easier and more intuitive to engage than before, though this is an area that GM has continuously improved from the very beginning.

The company has also recently expanded the network of approved highways for Super Cruise operation by an additional 200,000 miles, so drivers can use the system more frequently. 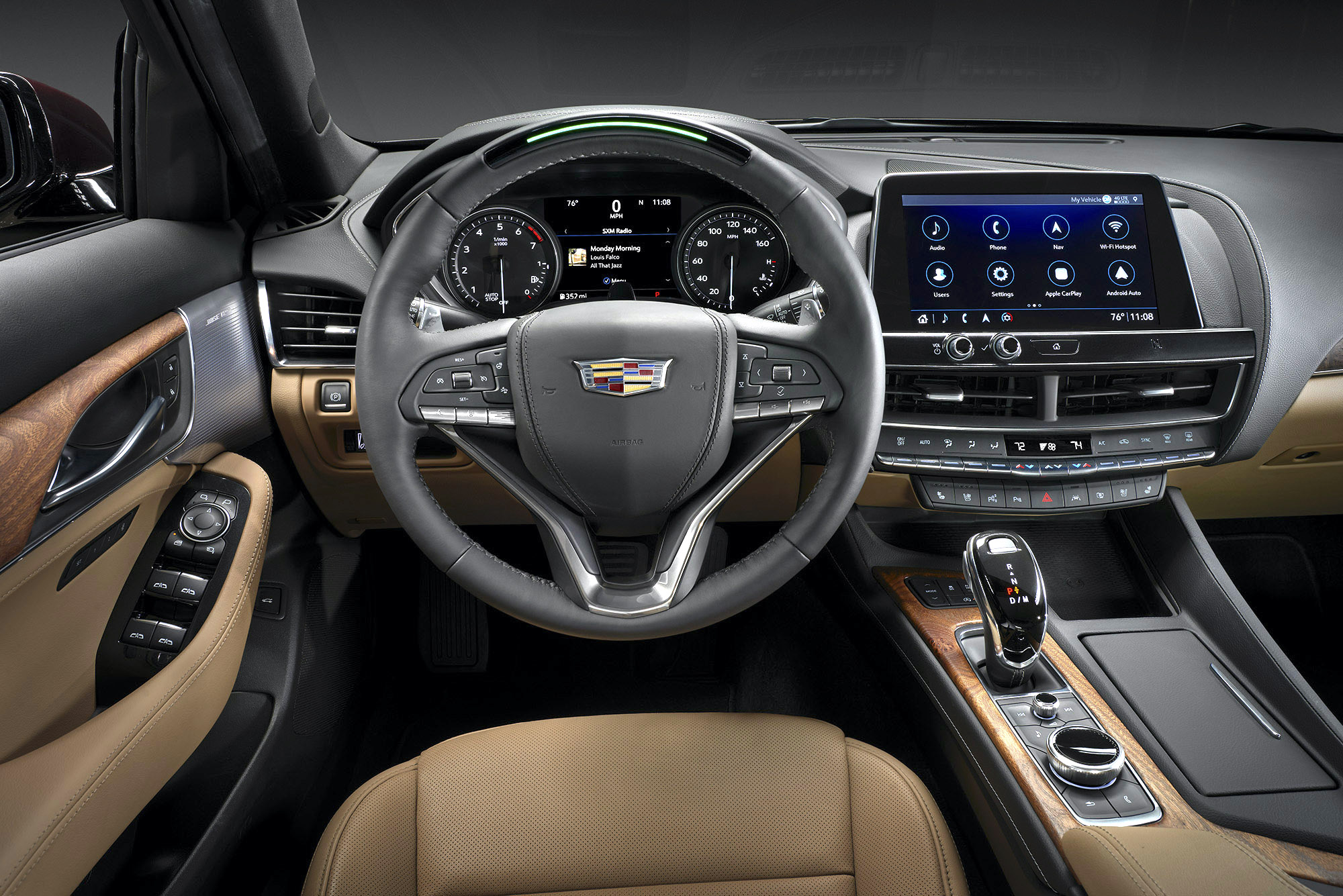 The lane-change capability is the standout feature of the new upgrade, and it is engaged by simply activating the turn signal in the direction of lane change. This alerts Super Cruise to scan behind and beside the car with its radars to look for a clear opening to drive into.

The instrument panel displays a message to the driver that it is beginning an automated lane change or if automatic lane changing is unavailable and must be completed manually by the driver. While it executes the automated change, the system provides updates, such as “Looking for an opening,” or “Changing lanes,” to keep the driver informed.

“In order to add automated lane change and provide our customers with the same level of confidence that they currently have in Super Cruise, we made improvements to both our software and hardware,” said Maiorana. “This included improving rear-facing sensors and advanced software algorithms so that the system can confidently track vehicles approaching from the rear.”

A capability related to lane changing that could potentially be enabled by this new technology would be the ability for Super Cruise to identify cars in adjoining lanes, such as on ramps, that need to merge ahead of the car and provide them space to do that. The current system cannot do that, requiring drivers to disengage Super Cruise to allow other drivers to merge as needed, and a spokesman could not say whether that ability will be included in this update. It will be one of the things we will look for when we test the new Super Cruise in August or September.

While Super Cruise will be delivered next on conventional internal combustion-powered models, GM also announced that it is dedicating a $2.2 billion upgrade to its Hamtramck plant to manufacture future all-electric pickup trucks that will also drive the move toward smarter, more electronically controlled vehicles.

“Through this investment, GM is taking a big step forward in making our vision of an all-electric future a reality,” said Mark Reuss, GM president. “Our electric pickup will be the first of multiple electric truck variants we will build at Detroit-Hamtramck over the next few years.”

Vehicles built at the plant will use lithium-ion batteries produced through a partnership with LG Chem at a $2.3 billion upgrade to the former General Motors assembly plant in Lordstown, Ohio.