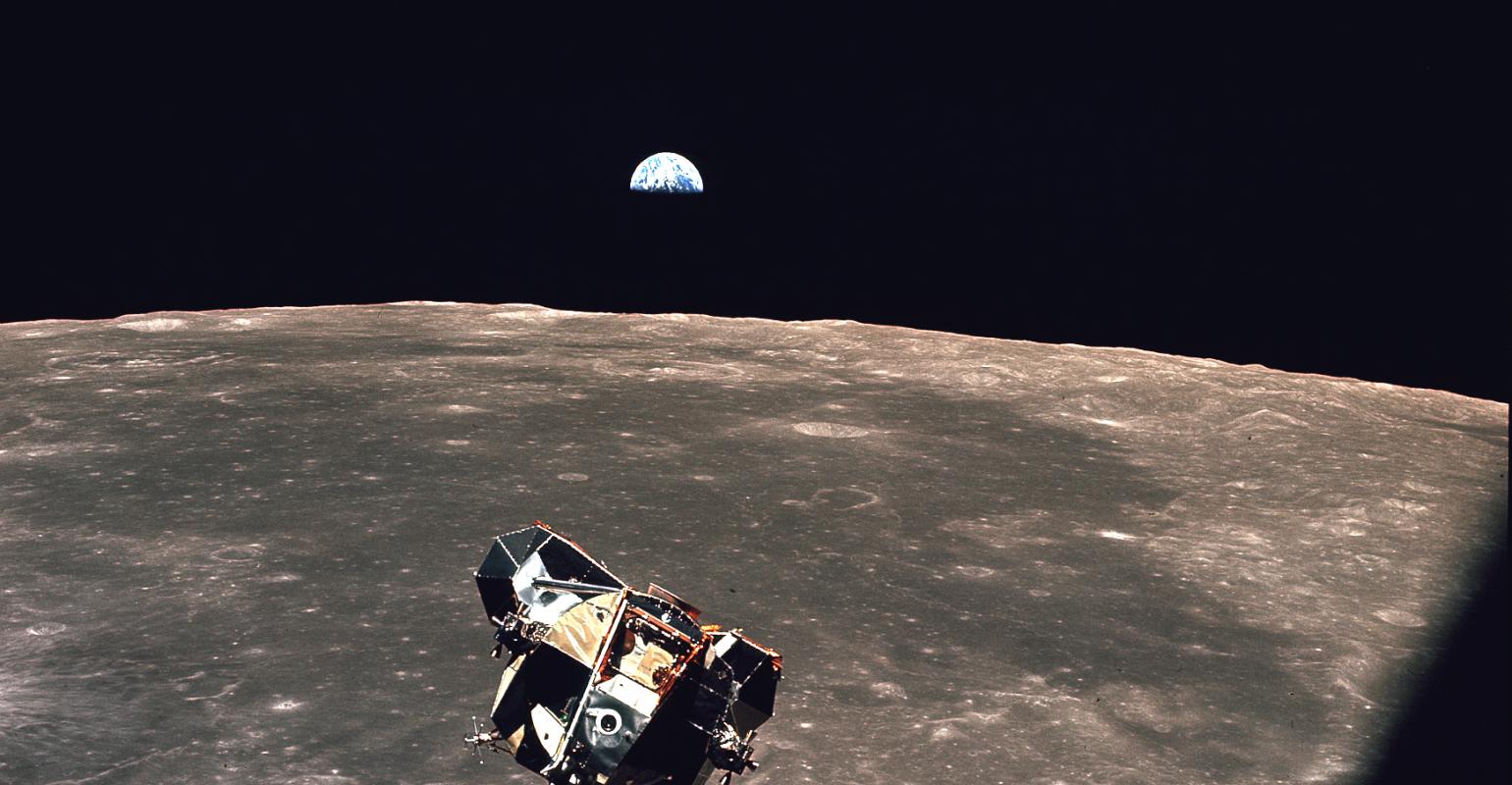 SPACE WEEK: The ascent from the Moon’s surface and returning to the orbiting Command Module was one of the mission’s most dangerous aspects.

After a seven hour rest period that included some fitful sleep, Armstrong and Aldrin prepared Eagle to leave the lunar surface. The Lunar Module (LM) was designed in two parts—the descent stage had done its part in bringing the pair of astronauts to a touchdown on the surface. Now, the ascent stage, with its crew quarters and separate rocket engine would separate from the descent stage and return the men to lunar orbit.

Grumman, who had designed and built the LM knew that the single rocket engine in the ascent stage was the only chance that the astronauts would have to leave the lunar surface. The company had simplified its design to make it as bullet-proof as possible. They had also included a variety of redundant systems to help ignite the engine, should anything go wrong with the primary system.

After 21 hours, 36 minutes on the moon's surface, the ascent stage engine fired perfectly and Eagle began its return to lunar orbit. The engine was shut down 435 seconds later when the Eagle reached an initial orbit of 11 by 55 miles above the moon, and when Columbia was on its 25th revolution. A short time later Eagle’s reaction control system, or RCS, fired to place Eagle into a circular orbit at about 56 miles, some 13 miles below and slightly behind Columbia.

In addition to their footprints, Armstrong and Aldrin had left on the lunar surface commemorative medallions bearing the names of the three Apollo 1 astronauts who lost their lives in the launch pad fire, and two cosmonauts who had died in accidents. A one-and-a-half inch silicon disk, containing micro miniaturized goodwill messages from 73 countries, and the names of congressional and NASA leaders, also was left behind. On the leg of the Eagle descent stage that remained behind was a plaque that read, "Here men from the planet Earth first set foot upon the Moon July 1969, A.D. We came in peace for all mankind."

Eagle docked with Columbia on its 27th orbit of the moon. Docking with Columbia occurred on the CSM's 27th revolution. Armstrong and Aldrin moved more than 48 pounds of the all-important moon rocks they had collected from the surface into the Command Module and four hours later, the crew jettisoned the faithful LM.

Returning to the Earth was initiated with a Trans-Earth injection as the Service Module engine fired for two-and-a-half minutes when Columbia was behind the moon. It had been a busy and stressful two days and as Columbia began its long journey home, the three astronauts slept for about 10 hours.

“We came in peace for all mankind."