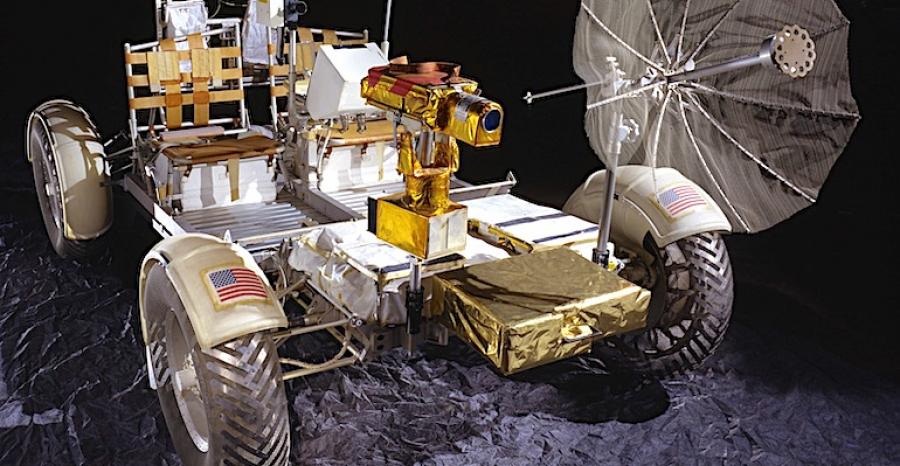 See the Apollo Lunar Rover Like Never Before
Oct 14, 2020
The National Air and Space Museum has thoughtfully provided these gorgeous close-up shots of the lunar lander test article in its inventory.

Disaster May Await Those Who Forget the Challenger
Oct 13, 2020
How you remember the Space Shuttle Challenger disaster may indicate how you view the latest Netflix series.

Creating Autonomous Robots for Space
Sep 08, 2020
While space robots differ from Earth-bound robotics, there’s plenty of technology exchange from the sky to the ground.

16 Cool Engineering Tweets
Aug 13, 2020
Prepare to be impressed by these cool tweets.

Out of this World GM Robotics Come Down to Earth in its Factories
Aug 05, 2020
General Motors developed robotic hand technology for NASA's Robonaut on the International Space Station, but now that know-how is helping workers in the company's assembly plants.

NASA’s Perseverance Rover Heads for Mars
Jul 30, 2020
The Perseverance rover is searching for signs of life on Mars. It’s also taking along the Ingenuity helicopter to try flying in...

Spaceship, Rocket and Space Station Firsts
Jun 08, 2020
These images attest to just how much space travel has changed since the early 1960s.

Engineering Fun at Home
Jun 02, 2020
Whether it’s an immersive trip through NASA, a virtual tour of the National History Museum, or ways to electrify your skateboard, this collection is a barrel of engineering monkeys.

SpaceX Crew Dragon Perfected by Continuous Development
May 27, 2020
Engineers have made numerous improvements and changes since the capsule's 2014 introduction in Washington, D.C.

Space Batteries go from Infinity to Even Further
May 26, 2020
Knowing the right battery and recharging mechanism for the mission is critical in space travel.
Load More