HomeAutomationSensorsFirst E-Skin to Anticipate, Perceive Touch from All Directions
Recent
Automation
The Internet's Grooviest Slideshow of Legendary International Scouts
May 17, 2022
Electronics Industry Bolsters Root of Trust Security Efforts
May 17, 2022
3 Tips for Embedded Software Configuration Management
May 17, 2022
Novel 3D Printing Method Used to Replenish Coral Reefs
May 16, 2022
POLL
Volkswagen’s Electric Successor to the International Scout 4x4
May 16, 2022
The Music Is Over For Apple's iPod
May 16, 2022
Q&A With IndyCar Gearbox Expert Anna Chatten
May 13, 2022
Intel Unveils Trust Authority to Boost Security
May 13, 2022

First E-Skin to Anticipate, Perceive Touch from All Directions 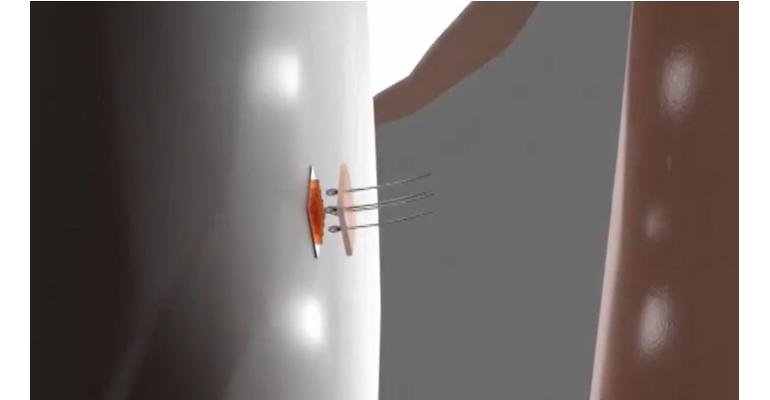 A new electronic-skin sensing system developed by researchers in Germany allows robots to both anticipate and perceive touch from all directions.
Researchers used sensitive and direction-dependent 3D magnetic field sensors in a novel system that can enable safer human-robot interactions.

Researchers have been working on a number of ways—from skin-like sensors to an artificial brain—to give robots a sense of touch as close to what humans have as possible.

Now a team in Germany has developed what researchers said is the first flexible electronic skin (e-skin) that allows robots to both anticipate and perceive touch from all directions. The system can have implications for developing robots that allow for safer interactions with humans in workplace scenarios, they said.

Researchers from Chemnitz University of Technology and Leibniz IFW Dresden developed the e-skin, which integrates artificial hairs that can perceive and anticipate even slight tactile sensations and even recognize the direction of touch, they said. Until now, e-skin systems developed for artificial skin, robotics, or artificial limbs have lacked these specific capabilities, they said.

"Our approach allows a precise spatial arrangement of functional sensor elements in 3D that can be mass-produced in a parallel manufacturing process,” said Christian Becker, a PhD student in the lab of Professor Oliver Schmidt at Chemnitz, in a press statement. “Such sensor systems are extremely difficult to generate by established microelectronic fabrication methods.”

Schmidt leads the Professorship of Material Systems for Nanoelectronics and is scientific director of the Research Center for Materials, Architectures, and Integration of Nanomembranes (MAIN) at the university. His team took a new path to develop the e-skin by using highly sensitive and direction-dependent 3D magnetic field sensors, which were integrated into the sensing system.

The solution also includes the miniaturization and integration of 3D device arrays in its aim to provide as natural a feeling of human touch as possible in the skin, researchers said.

Specifically, the e-skin has as its core technology what’s called an anisotropic magnetoresistance (AMR) sensor. AMR sensors already are used currently; examples of use include as speed sensors in cars, or in machines to determine the position and angle of moving components.

Researchers used the Japanese practice of origami as inspiration for building the compact senor system, folding AMR sensor components into 3D architectures that can resolve the magnetic vector field in all three dimensions.

This form of micro-origami—developed 20 years ago—enables a large number of microelectronic components to fit into a small space and arrange them in a geometry that conventional microfabrication technologies typically can’t achieve, researchers said. Indeed, scientists are now beginning to explore the potential of micro-origami in novel microelectronic applications, Schmidt said.

Researchers integrated the 3D micro-origami magnetic sensor array into a single active matrix. This allowed microelectronic circuitry to address and read out each individual sensor in a novel approach to miniaturizing and integrating high-resolution 3D-sensing systems, noted Daniil Karnaushenko, a staff scientist and group leader at Leibniz IFW Dresden who also contributed to the project.

The sensor system perceives and anticipates the direction of touch in real time through magnetically rooted fine hairs that are integrated within the 3D magnetic field sensors to form the artificial e-skin, researchers said. The skin itself is comprised of an elastomeric material into which the electronics and sensors are embedded.

The e-skin functions like this: When the hair is touched and bends, its 3D magnetic sensors detect the movement and exact position of the magnetic root. The sensor matrix, then, not only can register the bare movement of the hair, but also determine the exact direction of the movement, researchers said.

Moreover, the e-skin shares another characteristic with human skin in that each hair acts as a full sensor unit that can perceive and detect changes in the vicinity. This allows the magneto-mechanical coupling between the 3D magnetic sensor and the magnetic hair root provide real-time, touch-sensitive perception, researchers said.

Researchers envision the e-skin in a number of applications, but one that’s especially relevant could be in robotic systems to provide a safer environment for humans and robots to work alongside each other. The skin will allow robots to sense interactions with a human well in advance before an intended contact or an unintended collision takes place, thus avoiding what could be a serious accident, they said.