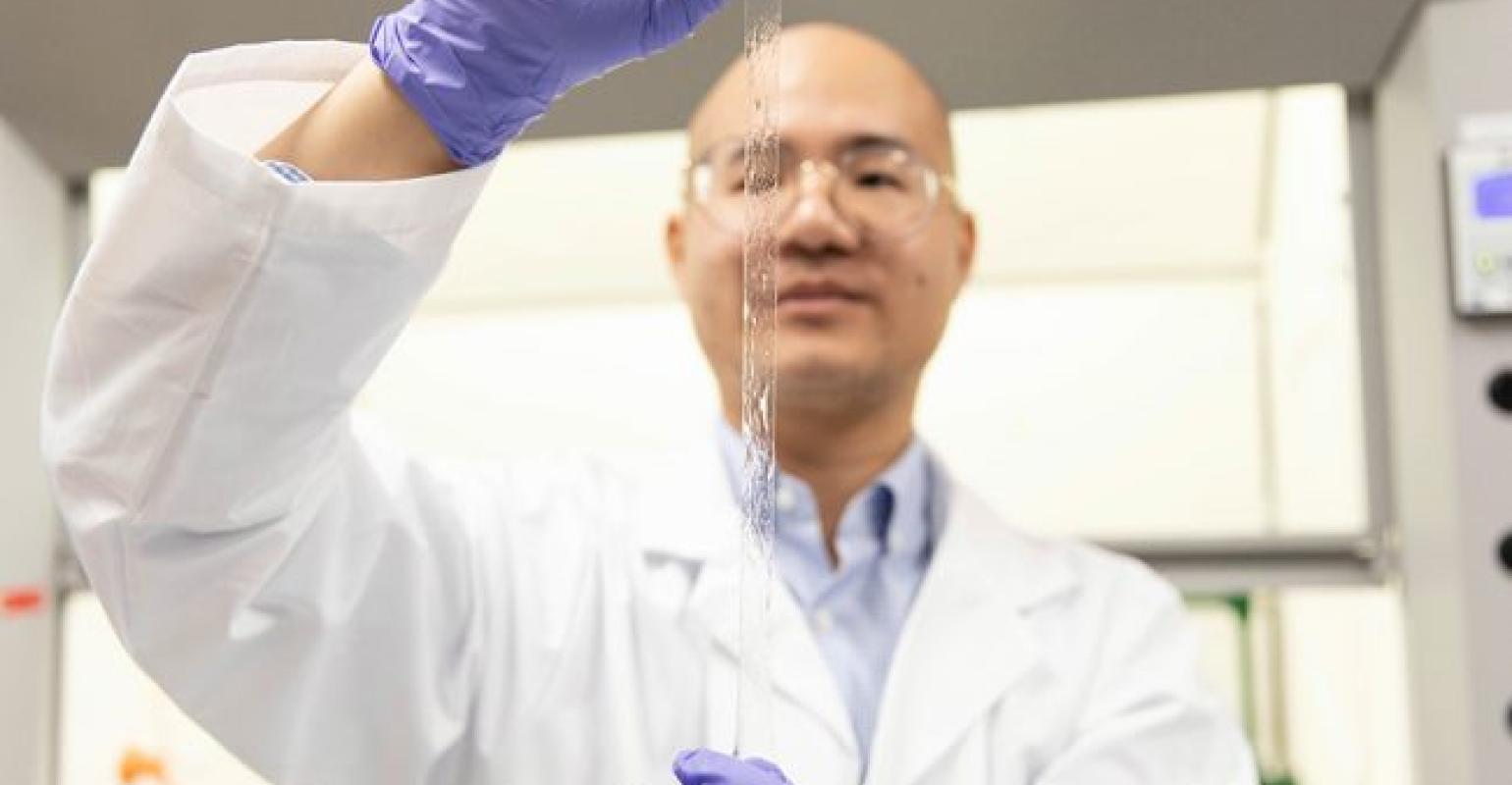 AISkin, new technology developed by University of Toronto researchers, is well-suited for use in health-monitoring devices and robotics.

Researchers have been working to improve wearable technology so that it’s more comfortable for those using it while still offering optimal performance to monitor health- and wellness-related signals from the body.

Scientists at the University of Toronto have gone one step further with this endeavor and developed a flexible, transparent, and self-powering sensor system that can be worn like a second skin to provide health monitoring.

The team—led by Professor Xinyu Liu, an associate professor in the University’s Department of Mechanical and Industrial Engineering—developed the skin out of hydrogel materials, dubbing it “AISkin.”

The use of material was strategic, as it is non-toxic but also sticks well, leaving no ill effects on human skin, he said. “Since it’s hydrogel, it’s inexpensive and biocompatible--you can put it on the skin without any toxic effects,” Liu said in a press statement. “It’s also very adhesive, and it doesn’t fall off, so there are so many avenues for this material.”

AISkin is comprised of two oppositely charged sheets of stretchable hydrogels. Researchers created what they call a “sensing junction” on the surface of the gel material by overlaying negative and positive ions.

The skin’s sensing is possible through ion movements generated across the sensing junction when the material experiences strain, humidity, or changes in temperature. These controlled ion movements can be measured as electrical signals such as voltage or current.

This reaction is similar to how human skin and its nerve endings work, Liu said. “If you look at human skin, how we sense heat or pressure, our neural cells transmit information through ions--it’s really not so different from our artificial skin,” he said in a press statement.

Like human skin, AISkin also is quite durable; however, while human skin can only stretch about 50 percent, the sensor-based skin can stretch up to 400 per cent of its length without breaking, making the material useful in wearable technology applications.

The team published a paper about their work in the journal Materials Horizons.

Researchers anticipate a number of various uses for AISkin not just in commercial wearable technology but also for medical and robotic applications.

For the former, the technology could expand the functionality of health monitors like Fitbits so they can measure multiple body parameters. It also could be used as an adhesive touchpad that can stick onto the surface of someone’s hand to help athletes monitor their training or as a control pad to play games, Liu said.

Another use for AISkin is for medical practitioners who need to monitor patients healing from injury, he said. “If you were to put this material on a glove of a patient rehabilitating their hand for example, the health care workers would be able to monitor their finger-bending movements,” Liu said in a press statement.

Yet another application for the technology is in soft robotics; AISkin could be used as a robotic skin that provides functionality to measure data such as food temperature or the pressure a robot should use to handle a delicate object, he added.

The team plans to continue their work on AISkin to reduce the size of the sensors used in the technology as well as to add bio-sensing capabilities, which can extend its application possibilities even further, Liu said.