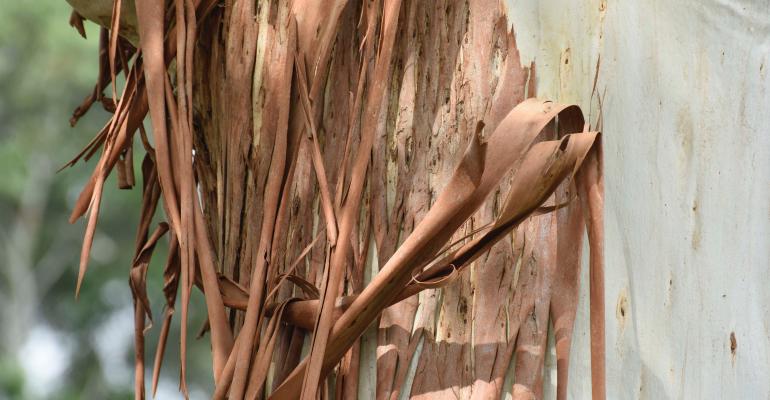 Researchers have developed a new, eco-friendly, and cost-effective way to synthesize graphene by using bark from eucalyptus trees, which are abundant in Australia.

Graphene is known as a wonder material for scientists, with myriad uses due to its unique combination of light weight, strength, flexibility, and high electrical conductivity.

One of its drawbacks, however, is that synthesis of the carbon-based material is complex and costly, inspiring researchers around the world to find cheaper, easier, and faster ways to do it.

Researchers now have discovered a natural source of a key agent for synthesizing graphene in eucalyptus trees, an abundant species in Australia.

The research—a collaboration between scientists at RMIT University in Australia and the National Institute of Technology in Warangal, India—developed a method that uses eucalyptus bark to synthesize graphene that is cheaper and more sustainable than current ones, researchers said.

Researchers seem to have found that in eucalyptus bark extract, which can used as a reducing agent for the reduction of graphene oxide to graphene, he told us. This is the first time this material has been used in the fabrication of graphene, researchers said.

Chemical reduction is the most common method for synthesizing graphene oxide, allowing for the production of graphene at a low cost in bulk quantities. Instead of using toxic, chemical reducing agents, the work now provides an option to use a natural, virtually no-cost material, he said.

“The advantages are the eucalyptus trees are abundant and no cost involved using theses bark waste, and do not produce any toxic waste in the synthesis process,” Bhargava told Design News. Researchers published a paper on their work in the journal ACS journal Sustainable Chemistry and Engineering.

They also believe their method will drive the cost of making graphene down significantly, from $100 per gram to just 50 cents, which would make it more accessible and available to industries worldwide for new technology development.

Now that researchers have successfully tested the graphene they’ve developed using eucalyptus bark in supercapacitors, they plan to use it in other applications as well, such as batteries or in a biocompatible material, Bhargava told us.

“Further, it can be used in various applications from water filtration to renewable energy [and] sensors,” he said.

The team plans to continue its work to take the research out of the lab and into the marketplace, Bhargava told Design News.

“We know the secrets and intellectual property,” he told us. “Also, we want to make graphene-based composites for further improving its performance in various applications. In true sense, the sky is the limit for R&D in this area.”