Octopus-Inspired Sensor Sticks to Both Wet and Dry Skin 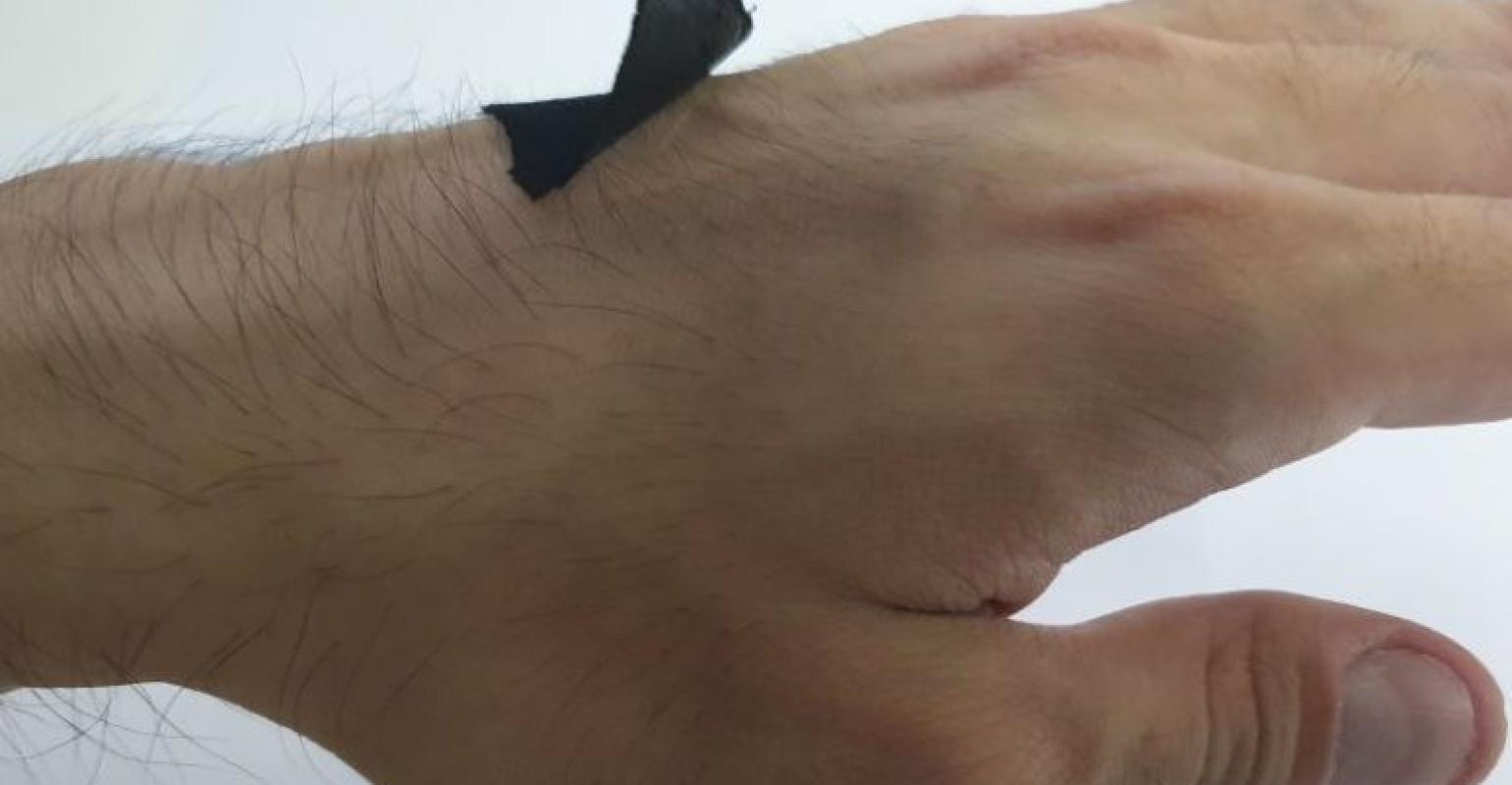 A new octopus-inspired wearable sensor can stick to human skin in both dry and wet conditions, advancing the design of adhesive materials.

Nature is often a source of inspiration for researchers developing new materials to solve various scientific problems—particularly in adhesives, which creatures such as mollusks and octopus seem to do much better than human scientists.

In fact, it’s the latter animal that inspired a team in South Korea to develop a graphene-based adhesive bio-sensor that can stick reliably to a person’s skin, an invention that straddles the disciplines of materials science and wearable technology.

Particular to the research is that the team wanted the sensor to stick to wet as well as dry skin. Researchers from several institutions—including Sungkyunkwan University and the Daegu Gyeongbuk Institute of Science

and Technology—found inspiration in the suckers on octopus tentacles, which do this effectively in the natural world.

“The property of adhesion to the skin in both dry and wet environments is strongly required for efficient monitoring of various human activities,” researchers wrote in an abstract for a paper they published about the research in the journal Applied Materials Interfaces.

Key to developing adhesives that stick when both dry and bet was the choice of substrate, which is the material upon which the sensing compounds rest. In the past researchers have used woven yarn, but it sometimes doesn’t fully contact the skin, especially if there also is hair on the skin. These yarns also tend to lose their grip underwater, researchers noted.

To overcome these challenges and achieve their desired result, researchers used octopus-like patterns on the side of a graphene-coated fabric (GCF) sensor “that are sensitive and respond fast to applied pressure and strain,” they wrote.

“Using these characteristics, we demonstrate efficient monitoring of a full range of human activities, including human physiological signals such as wrist pulse and electrocardiography (ECG), as well as body motions and speech vibrations,” researchers reported. Their sensors could take ECG and wrist-bending motion measurements even in wet conditions, they added.

To developed the sensor, the team—which included researchers Changhyun Pang of Sungkyunkwan University and Changsoon Cho of the Daegu Gyeongbuk  institute—coated an elastic polyurethane and polyester fabric with graphene oxide, then soaked it in L-ascorbic acid to aid in conductivity while still retaining its strength and stretch.

They then added a coating of a graphene and poly(dimethylsiloxane) (PDMS) film to form a conductive path from the fabric to the skin, after which they etched the octopus-like patterns on the film, researchers said.

The team is eyeing the sensor’s use for not only personal health monitoring but also for potential new and innovative medical applications both externally and internally, researchers said.

“Our approach has opened up a new possibility for wearable and skin-adherent electronic fabric sensors working even in wet environments for health-care monitoring and medical applications in vitro and in vivo,” they wrote.