Nickel Is the New Key to Recycling C02 Emissions 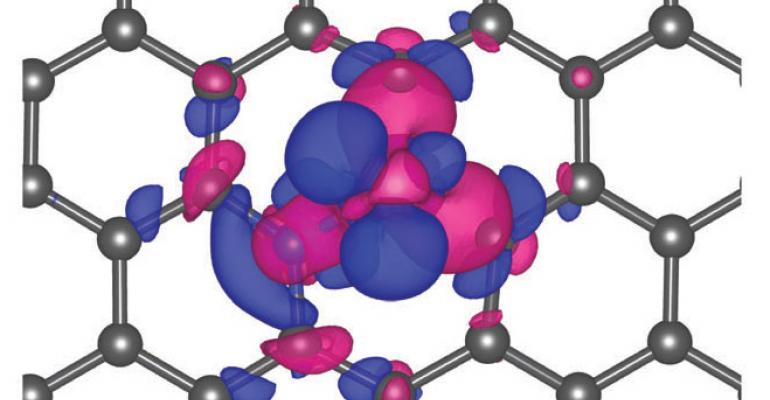 A breakthrough nickel-based catalyst allows CO2 to be more easily and efficiently recycled into useful industrial chemicals, fuels, and plastics.

Researchers at Harvard, Stanford, and Brookhaven National Lab have discovered a new nickel-based catalyst that marks a major step in the quest to recycle carbon dioxide into useful industrial chemicals, plastics, and fuels. The resulting catalyst is not only far more economical than anything made previously, it is also highly efficient. Their paper, recently published in the journal Energy & Environmental Science, reports a 97 percent conversion efficiency.

The scientific consensus on climate change indicates that it won't be possible to meet the goals laid out in The Paris Agreement without a significant operational capability to actively remove carbon dioxide from the atmosphere as a means of restoring balance to the carbon cycle.

A number of diverse efforts are underway in the realms of forestry and agriculture as well as industrial direct air capture systems that can extract carbon dioxide from the air, anywhere. However, while CO2 plays a role as an important industrial chemical, the anticipated demand for it is far smaller than what needs to be extracted to stabilize the environment.

That leads to a question: What else can be done with the excess CO2?

Scientists have long known that carbon dioxide’s dangerous cousin, CO, or carbon monoxide, was a far more useful chemical since it can be reacted with water to produce hydrogen or readily combined with hydrogen to produce any number of hydrocarbon products ranging from plastics to fuels such methanol, ethanol, and diesel. But converting the highly stable CO2 molecule to CO by stripping off one of the oxygen atoms has proven difficult and requires expensive catalysts, such as gold or platinum, and also significant amounts of energy.

But a team of scientists have found a far more affordable catalyst, nickel, to be very effective, when used in a single atom form.

Klaus Attenkofer, Program Manager of Hard X-ray Spectroscopy at Brookhaven’s National Synchrotron Light Source II, was part of the group behind this breakthrough. Attenkofer’s team was primarily involved in characterization, utilizing a combination of X-ray absorption spectroscopy and scanning transmission electron microscopy that allowed the researchers to visualize and measure the performance of the reactions at an atomic scale.

Attenkofer told Design News the new set of capabilities to both visualize and manipulate matter at these scales has led to what he calls, “rational design.” What this refers to is the idea that, while catalysts needed to be found in the past, today they can essentially be built.

The catalyst built by this team gets its potency from the interaction between the individual nickel atoms and the surface to which they are attached. Stabilizing the atoms on the surface, which in this case is a graphene layer, was one of the key challenges.

To achieve this, the graphene layer is doped with nitrogen, which essentially punches a hole in the layer, displacing carbon atoms in the process. Once a nitrogen atom is in there, it provides a place for the nickel atom to attach. It’s important to note that the nickel atom is not embedded in the graphene plane, but is suspended above it, providing better interaction with the carbon dioxide. The bond is strong enough so that it cannot be thermally disturbed.

While the optimization of the reactivity could be done in an ordinary lab through experimentation, the visualization and characterization provided by Attenkofer’s team allows for a detailed understanding of what is actually going in there. It was possible, said Attenkofer, “that nanoparticles could actually be the catalyst.”

The imaging capability allowed the role of the nickel to be verified. But that was not straightforward either. It’s not simply a matter of watching individual atoms to see what they do. Not every atom participates in the reaction. It’s more of a statistical process involving next neighbor distance, which can be used to identify the atoms. Looking at the absorption spectrum, to see what wavelengths are being absorbed, chemical activity can be interpreted with the assistance of a model.