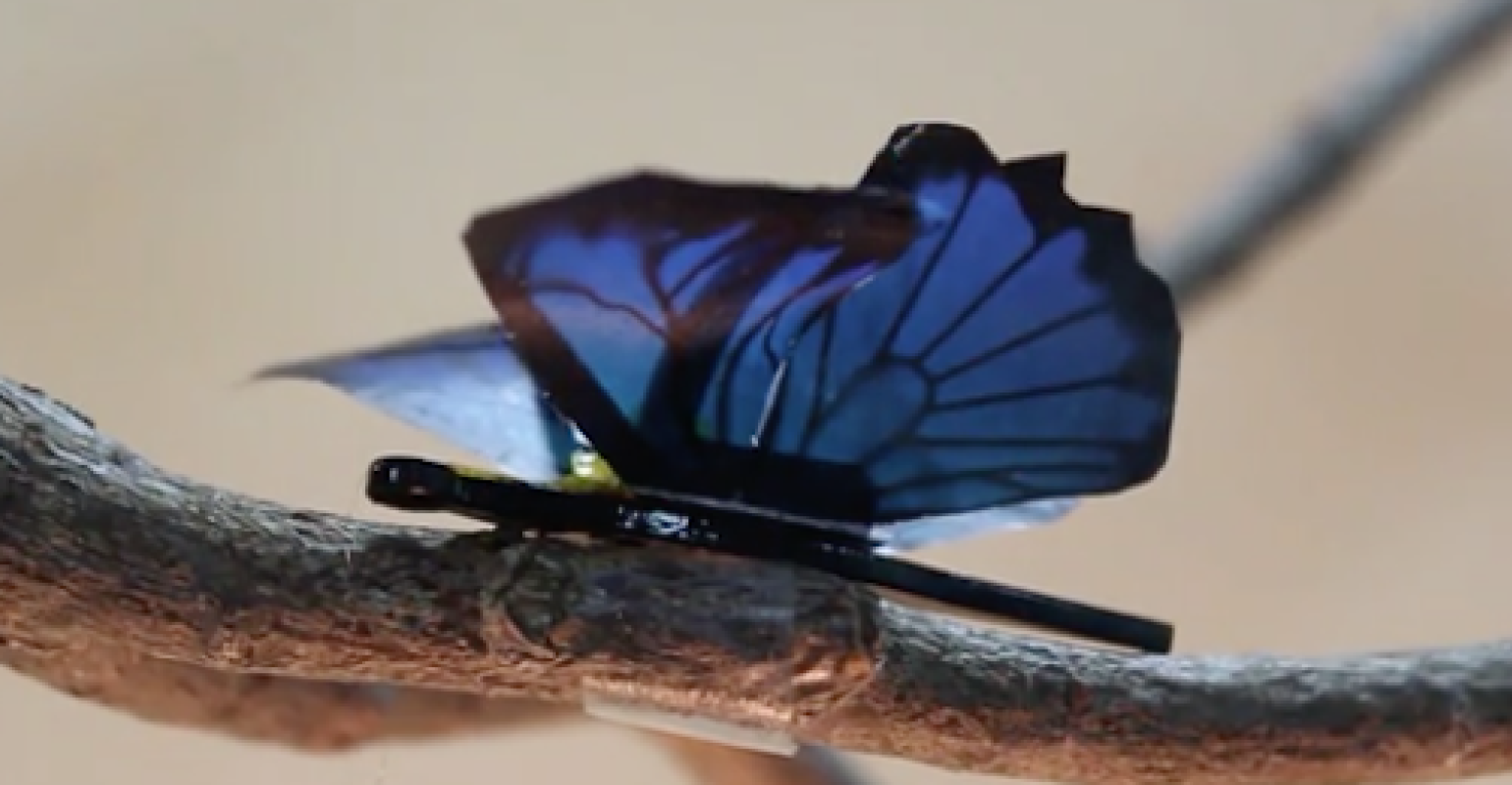 Researchers have developed an actuator made from a combination of MXene and polymer to give soft robots flexibility, strength, and durability.

Researchers have developed an ultrathin, artificial muscle for soft robotics that allow for kinetic movements by combining a carbon-based 2D material and a synthetic polymer to create flexibility.

A team from the Korea Advanced Institute of Science and Technology (KAIST) developed the soft actuator, which allows robots to move in more flexible, realistic ways not just for utilitarian purposes, but also to create art, researchers said.

“Wearable robotics and kinetic art demonstrate how robotic muscles can have fun and beautiful applications,” said Il-Kwon Oh, a professor of mechanical engineering at KAIST, who led the research.

To demonstrate some of these applications, the team developed a robotic blooming flower brooch, dancing robotic butterflies, and fluttering tree leaves on a kinetic art piece using the robotic muscle.

Visually, the actuator the team developed is very thin, appearing as a slender strip of paper about an inch long, researchers said. This design was possible using MXene, a class of carbon-titanium compounds that are only a few atoms thick.

While MXene itself is not flexible, researchers found a way to combine it with another material to create a flexible actuator. They achieved this by connecting it through an ionic bond to a synthetic polymer, researchers said. This created flexibility while also maintaining strength and conductivity, which are key to allowing for robotic movements controlled by electricity, they said.

As mentioned, researchers created a number of robotic designs to prove the actuator works. In one, an origami-inspired brooch unfolds its petals when electricity is applied to the actuators. Researchers also designed robotic butterflies that use the artificial muscle to move their wings up and down, and a tree sculpture that can flutter its wings.

A video demonstrating the actuator’s movement is available on YouTube.

The demonstrations showed that the actuator responded quickly to low voltage, and could last for more than five hours even when moving continuously, researchers said.

The team reported their findings in a paper on their work in the journal Science Robotics.

Aside from the devices researchers demonstrated, the artificial muscle has myriad uses in soft robotics for the medical field and beyond, Oh said.

“It also shows the enormous potential for small, artificial muscles for a variety of uses, such as haptic feedback systems and active biomedical devices,” he said.