HomeMaterialsMushrooms Make a Non-Toxic, Next-Gen Building Material
Recent
Materials
Argo AI Expands to Austin and Miami in Search of More Challenges
May 18, 2022
12 Ideas that Could Change the World
May 18, 2022
Making the AC Power Main Intelligent
May 18, 2022
How to Make Sure Your Digital Transformation Doesn’t Fail
May 18, 2022
POLL
The Internet's Grooviest Slideshow of Legendary International Scouts
May 17, 2022
Electronics Industry Bolsters Root of Trust Security Efforts
May 17, 2022
3 Tips for Embedded Software Configuration Management
May 17, 2022
Novel 3D Printing Method Used to Replenish Coral Reefs
May 16, 2022 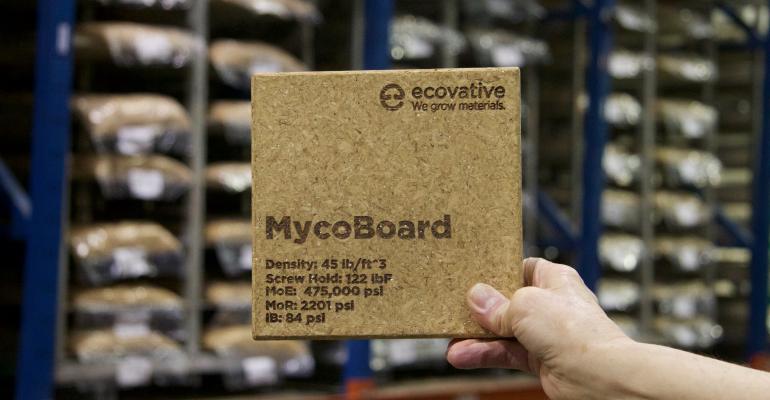 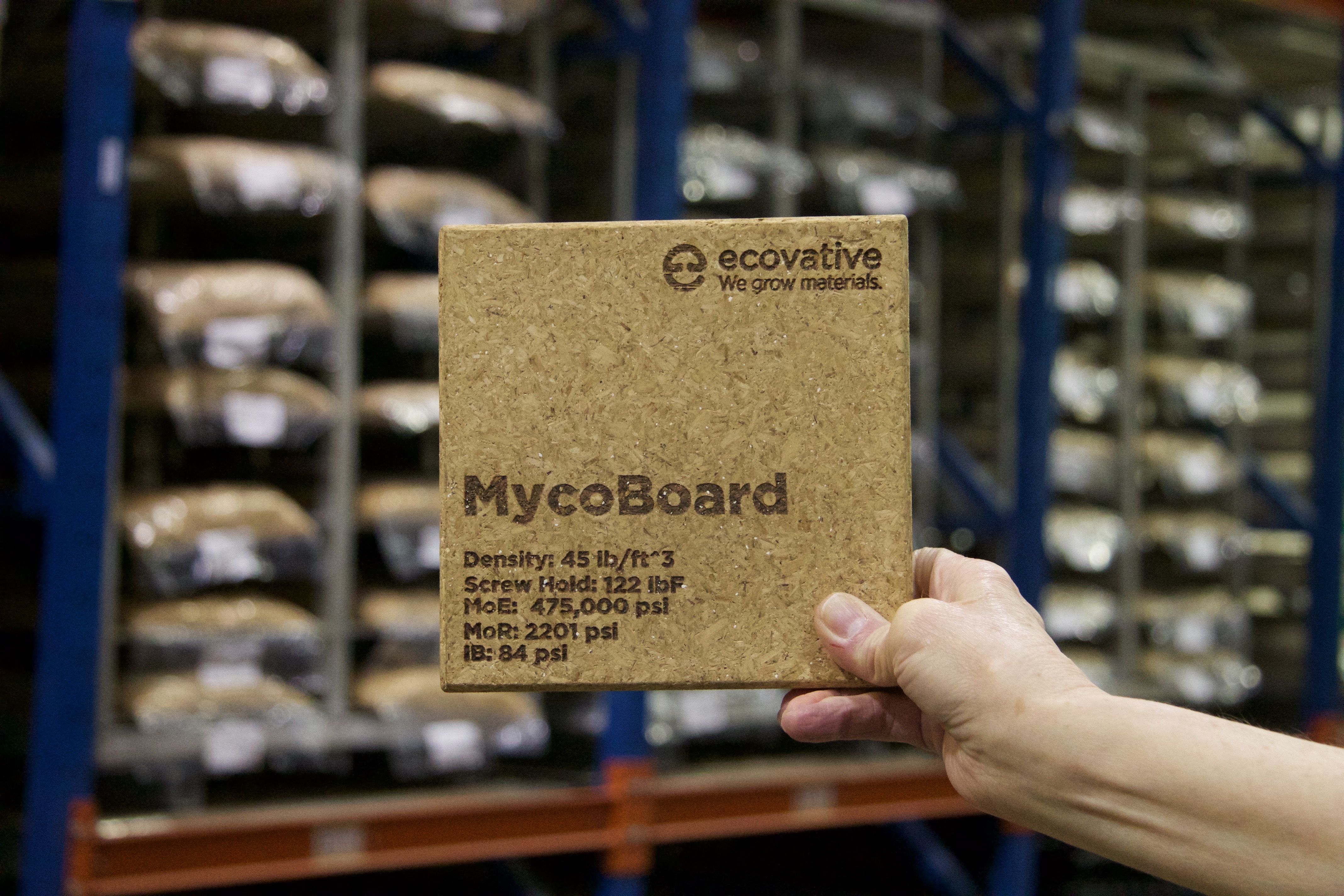 In late July, the Environmental Protection Agency (EPA) announced a new rule designed to reduce consumer exposure to the high levels of formaldehyde used in composite wood products. The new restraints on formaldehyde, however, may pave the way for other solutions that can create the same performance -- particularly in the case of gluing -- without harmful emissions. One of those new solutions is mycelium.

Mycelium is the mass of interwoven filamentous hyphae that forms on the vegetative portion of the thallus of a fungus when it's submerged in another body (such as soil or organic matter or the tissues of a host). In other words, it's mushroom roots.

Mycelium is an ideal binding material for two reasons. The first is that it's a self-supporting composite, as the mycelium literally grows through and around bio-based particles (like wood chips), digesting the chips and forming a structure around them in a similar manner to the way concrete sets around gravel. In its second form, the matrix can be pressed under heat and pressure (similar to conventional chemical glues) and then bond chemically, increasing both the density and strength of the material. The result is a water-, mold-, and fire-resistant building material that is stronger than concrete. It's also organic, compostable, and easy to mold into any required shape.

The process is fairly simple. Manufacturers receive agricultural waste purchased from regional farmers, clean it, and introduce mycelium into it. The mushroom-seeded waste is then bagged and allowed to sit for a few days. The mycelium treats the agricultural waste as food and begins to digest it, forming a matrix of white fibers. After each particle is coated in mycelium, it's broken into loose particles again. These loose particles are put into a tool where the mycelium is allowed to grow through and around the particles, forming a solid structure and filling any void space. It grows for a few days until it becomes solid, after which it's removed from the tool and dried to stop growth and prevent it from producing mushrooms or spores.

Using either one of these two processes, manufacturers can produce materials that range in performance from lightweight foams that break down quickly in nature (for packaging) to high-performance durable goods such as particle board and engineered wood for furniture. Applications include furniture (structural and non-structural), work surfaces, molded furniture components, seatbacks, architectural panels, door cores, and cabinetry. The end product is also being widely used for packaging and as a replacement for leather.

Formaldehyde is a common wood product adhesive, but it's linked to a host of health problems, including cancer and respiratory disease as well as eye, nose, and throat irritation. Lawmakers hope that the more stringent standards will level the playing field for US manufacturers, as imported products will also be required to meet the rules, which go into effect in July 2017.

Supporters say the new EPA rules are an important step in making homes, schools, and work environments safer places to live and breathe. Unfortunately, many advances in building materials over the last 50 years have been enabled by processes which release toxins into the environment.