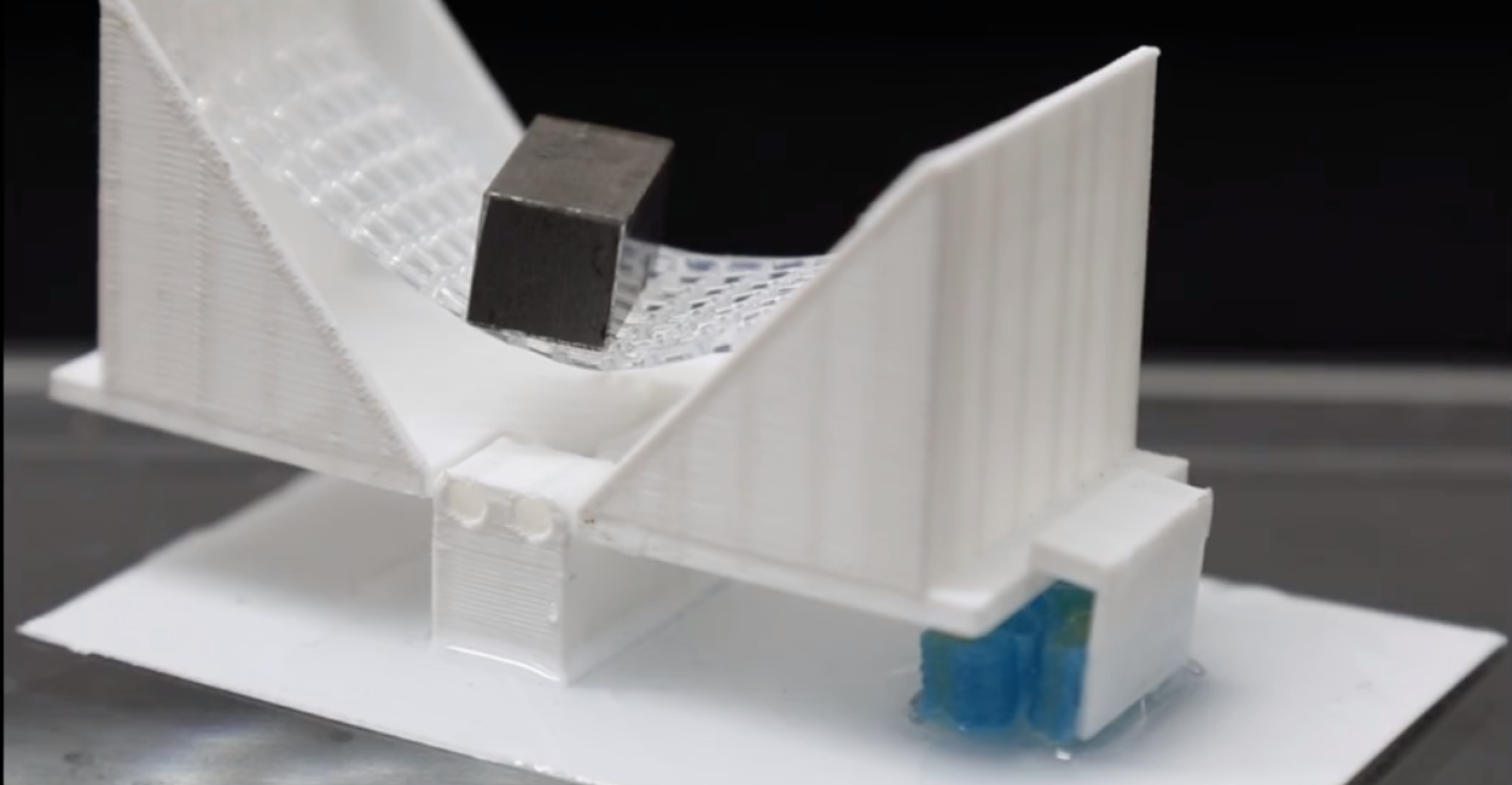 University of Pennsylvania researchers have designed objects that can respond dynamically to their environment without motors or microcontrollers.

Plants like the Venus flytrap can respond dynamically to their environment, even making what appear to be complex decisions. Drawing from this, researchers at the University of Pennsylvania have developed smart objects with similar capabilities by printing them with what’s called “embodied logic” so they can dynamically respond to changing environmental situations

A team at the university’s School of Engineering and Applied Science used stimuli-responsive materials and geometric principles to print active structures with “if/then” logic embodied within them using multi-material 3D printers. Their work was published last month in the journal, Nature Communications.

In this way, Jordan Raney, an assistant professor in the University of Pennsylvania's Department of Mechanical Engineering and Applied Mechanics, told Design News, the objects can perform complicated mechanical behaviors in response to simple changes in the environment.

Raney’s lab is focused on combining two disparate concepts the concept and practice of “embodied logic,” he said a news release related to the research.

On one hand, his research team explores structures that are bistable, meaning they can hold one of two configurations indefinitely. On the other, researchers work with responsive materials, which can change their shape under the correct circumstances.

“Bistability is determined by geometry, whereas responsiveness comes out of the material’s chemical properties,” Raney explained. “Our approach uses multi-material 3D printing to bridge across these separate fields so that we can harness material responsiveness to change our structures’ geometric parameters in just the right ways.”

One possible application would be an aquatic pollution-monitoring device that could be designed to open and collect a sample only in the presence of an oil-based chemical and/or when the temperature is over a certain threshold, researchers said.

Raney and his team—including Yijie Jiang, a postdoctoral researcher in his lab who co-led the research, and Lucia Korpas, a graduate student in Raney’s lab—previously demonstrated principles similar to what they achieved in the recent study. In that research, the team showed 3D printing of bistable lattices of angled silicone beams that, when pressed together, stayed locked in a buckled configuration. However, they also could easily be pulled back into their expanded form.

In that example, the bistable behavior depended nearly entirely on the angle of the beams and the ratio between width and length, Raney said.

“Compressing the lattice stores elastic energy in the material,” he explained. “If we could controllably use the environment to alter the geometry of the beams, the structure would stop being bistable and would necessarily release its stored strain energy. You’d have an actuator that doesn’t need electronics to determine if and when actuation should occur.”

Raney and the team wanted to go a step forward and actually control transformation of a material, which is harder to achieve, he said. “We needed a way to restrict expansion to one direction only,” Raney said.

To achieve this, the team infused their 3D-printed structures with glass or cellulose fibers that run in parallel to the length of the beams. Like carbon fiber, they prevent the beams from elongating, but at the same time allow the space between the fibers to expand, which increases the beams’ width.

Using this geometric control, researchers could achieve more sophisticated shape-changing responses by altering the material of which the beams are made. They created structures using silicone (which absorbs oil) and hydrogels (which absorb water). To go even further, the researchers said they could integrate heat- and light-sensitive materials to design new materials that are responsive to even more specific stimuli.

Moreover, by changing the beams’ starting length/width ratio, as well as the concentration of the internal fibers, researchers could produce actuators with different levels of sensitivity. The multi-materials aspect of the work also means a structure can have multiple shape-changing responses in different areas, or even arranged in a sequence.

For example, the team demonstrated sequential logic by designing a box that—after exposure to a suitable solvent—can autonomously open and then close after a predefined time, Jiang said. Researchers also designed an artificial Venus flytrap (shown above) that can close only if a mechanical load is applied within a designated time interval.

Researchers said their work can scale to microscopic size if necessary, which lends the method for uses such as microfluidics. “Rather than using a solid-state sensor and microprocessor that are constantly reading what’s flowing into a microfluidic chip, we could, for example, design a gate that shuts automatically if it detects a certain contaminant,” Raney explained.

Other potential applications for the research could include sensors in remote, harsh environments that could remain dormant for years without human interaction and become activated only when presented with the right environmental cue, he said.