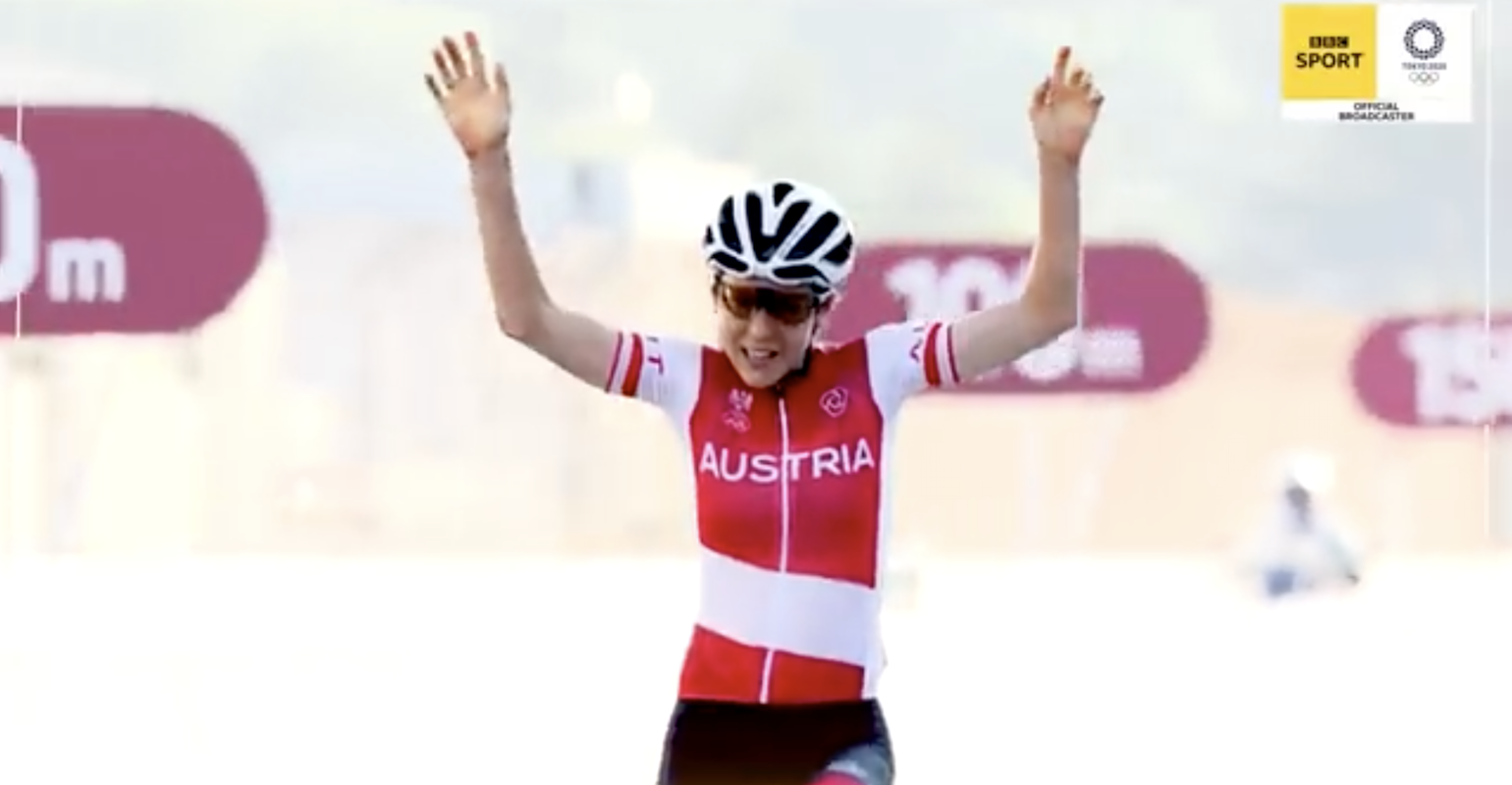 If watching the incredible athletic accomplishments spotlighted at the Tokyo Olympics, you can now forget taking any comfort in the notion that these people have traded away opportunities for achievements you might value more.

Like, say, earning a PhD in applied mathematics and doing a post-doctoral fellowship at Ecole Polytechnique Fédérale de Lausanne (EPFL), where superwoman Anna Kiesenhofer is the Chair of Partial Differential Equations at EPFL's Institute of Mathematics. Her doctoral thesis at the Polytechnic University of Catalonia was on “Integratable systems on b-symplectic manifolds” and she also earned a master’s degree from the University of Cambridge following her undergraduate degree from the Technical University of Vienna. Also, if you are keeping count, that is five languages; Catalan, English, French, German, and Spanish.

Related: Tokyo Olympic Medals Are Made From Recycled Electronics

Kiesenhofer’s academic accomplishments are impressive, but her superhuman qualities became apparent when she won the gold medal in the road cycling race at the Tokyo Olympics. In recognition of this incomprehensible accomplishment, her colleagues at EPFL issued a statement saying that “Everyone at EPFL would like to congratulate Anna on this fantastic result and we are looking forward to celebrate the achievement with her!”

Some of her cycling rivals may have been slightly less ecstatic, as Kiesenhofer entered the race as an unknown amateur cyclist with few significant international racing accomplishments previously, no coach, no professional contract, and no teammates. Her resulting low profile among the entrants may have allowed her to escape the notice of the powerful Netherlands cycling team, which was predicted to win the event.

Related: He’s One of Us: NFL Quarterback is a Math Major at ODU

Kiesenhofer broke from the peloton early, racing away with Poland’s Anna Plicha and Israel’s Omer Shapiro because she had no teammates to support her. In the race’s final stages Kiesenhofer dropped her companions and churned onward solo.

Meanwhile, the Dutch favorites eventually realized that there were unknown riders ahead threatening to usurp the expected finishing order so the team set out in pursuit. With only a few miles to go, they overtook Plicha and Shapiro.

Unlike other forms of bicycle racing, in the Olympics teams aren’t permitted radio communication with riders, so Dutch favorite Annemiek van Vleuten thought that she’d vanquished all of her challengers and crossed the finish line with her arms in the air to celebrate an apparent victory.

Except that Kiesenhofer had arrived 1 minute 15 seconds earlier to clinch the victory, after which she collapsed to the ground in exhaustion and disbelief.

“It feels incredible,” Kiesenhofer said, according to the Associated Press. “I couldn’t believe it. Even when I crossed the line, it was like: ‘Is it done now? Do I have to continue riding?’ Incredible ... I was just trying to get to the line. My legs were completely empty. I have never emptied myself so much in my whole life. I could hardly pedal any more. It felt like there was zero energy in my legs.”

Of course, Kiesenhofer’s efforts weren’t limited to only the day of the race. Somehow, she’s been able to achieve her academic accomplishments while simultaneously preparing for this moment. “It’s just so incredible," Kiesenhofer said. “I have really sacrificed so much for today. I wasn’t expecting to finish it off like that. I sacrificed everything even for a top-15 place and now to get this, for the sacrifices, it’s just such a reward.”

She acknowledged the advantage of metaphorically flying below her rivals’ radar. Asked if the favorites had underestimated her, she replied: "Yeah, definitely,” Reuters reported. “That was my big advantage. I was definitely not one of the favorites. I mean I'm completely unknown."

Probably not anymore. And now she will presumably have a bit less anonymity when she returns to campus in the fall.