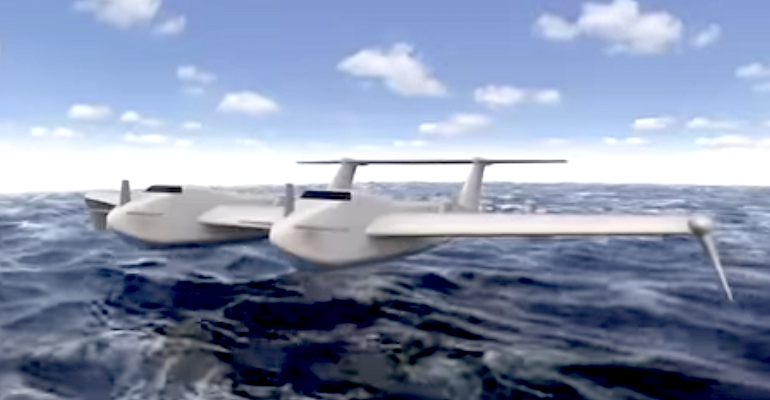 The Defense Advanced Research Projects Agency (DARPA) is soliciting designs for an aircraft that will provide the U.S. military with fast, flexible, and survivable strategic lift capability that is independent of fixed airfields and ports.

The Skybrary.aero online flight resource reminds us that the direct effect on lift arises in ground effect in both upwash and downwash from the wing, as the air beneath the wing is compressed between the wing and ground, creating a cushion effect. Aerodynamic drag is also reduced because the wing can produce the same lift at a lower angle of attack in ground effect conditions.

The benefits of the Liberty Lifter flying so low include a dramatic increase in range and payload, according to DARPA. Unlike previous ground effect vehicles, Liberty Lifter will be capable of surface and flying operations in high sea states, while also being able to sustain flight at altitudes up to 10,000 feet.

These are characteristics that separate the Liberty Lifter from earlier failed ground-effect aircraft such as the Soviet Project 903 Lun-class ekranoplan, nicknamed the “Caspian Sea Monster.” That plane had similarly ambitious goals but proved to be a flawed design. The problem, according to DARPA program manager Alexander Walan, is that the Soviet plane’s 144-foot wingspan limited it to flight just off the water, leaving it less flexible and less tolerant of rough seas.

The Liberty Lifter concept’s 230-foot wingspan means that it can fly as a normal airplane at altitudes as high as 10,000 feet and it can cruise in ground effect as high as 50 feet over the water. By comparison, the Caspian Sea Monster was limited to a maximum of only 10 or 15 feet above the water, he said. 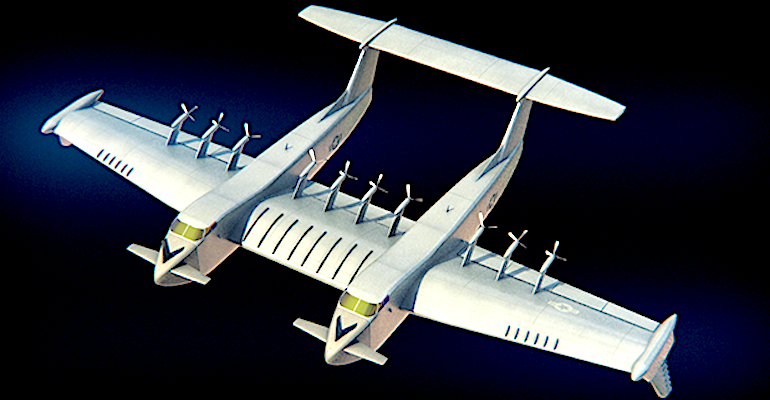 If the weather gets really bad or the situation otherwise dictates, the Liberty Lifter can carry its maximum takeoff weight to 10,000 feet while flying like conventional aircraft. “We did a bunch of analysis, looking at different maritime regions and came up with the conclusion that if you can fly ground effect in sea state 5 and below, you’ve got the vast majority of situations covered,” Walan said.

The Liberty Lifter program will be able to demonstrate low-cost design and construction methods more closely aligned to ship-building methods, enabling a “buy by the ton” not “by the pound,” philosophy, the agency said. The aim is to fly a prototype Liberty Lifter within four or five years.

A ground-effect design produces a virtuous circle of effects that lower the cost of the planes, reported Walan. “We are building an aircraft for lower altitude and much lower speed, not one that is pressurized or that flies at 500 knots,” he explained.

Further, the plane’s inherent extra lift while flying in ground effect means that its construction need not be as light as possible, permitting the use of heavier materials and construction techniques. “Because we’re ready to trade some empty weight we can use less expensive materials,” Walan said. “There’s no titanium in this plane.”

While DARPA is soliciting designs, it has done some preliminary work on its own to test the thesis. “We built a wing section using printed aluminum that is friction stir-welded together and spot-welded into place.”

This should speed production, contributing to lower manufacturing costs, according to Walan. “I think there’s a direct relationship between how long it takes to make something and cost,” he said.

High-speed manufacturing and low-cost materials were hallmarks of the Liberty ships in World War II. Their designers recognized that wartime expediency did not demand the usual durability expected of ships. 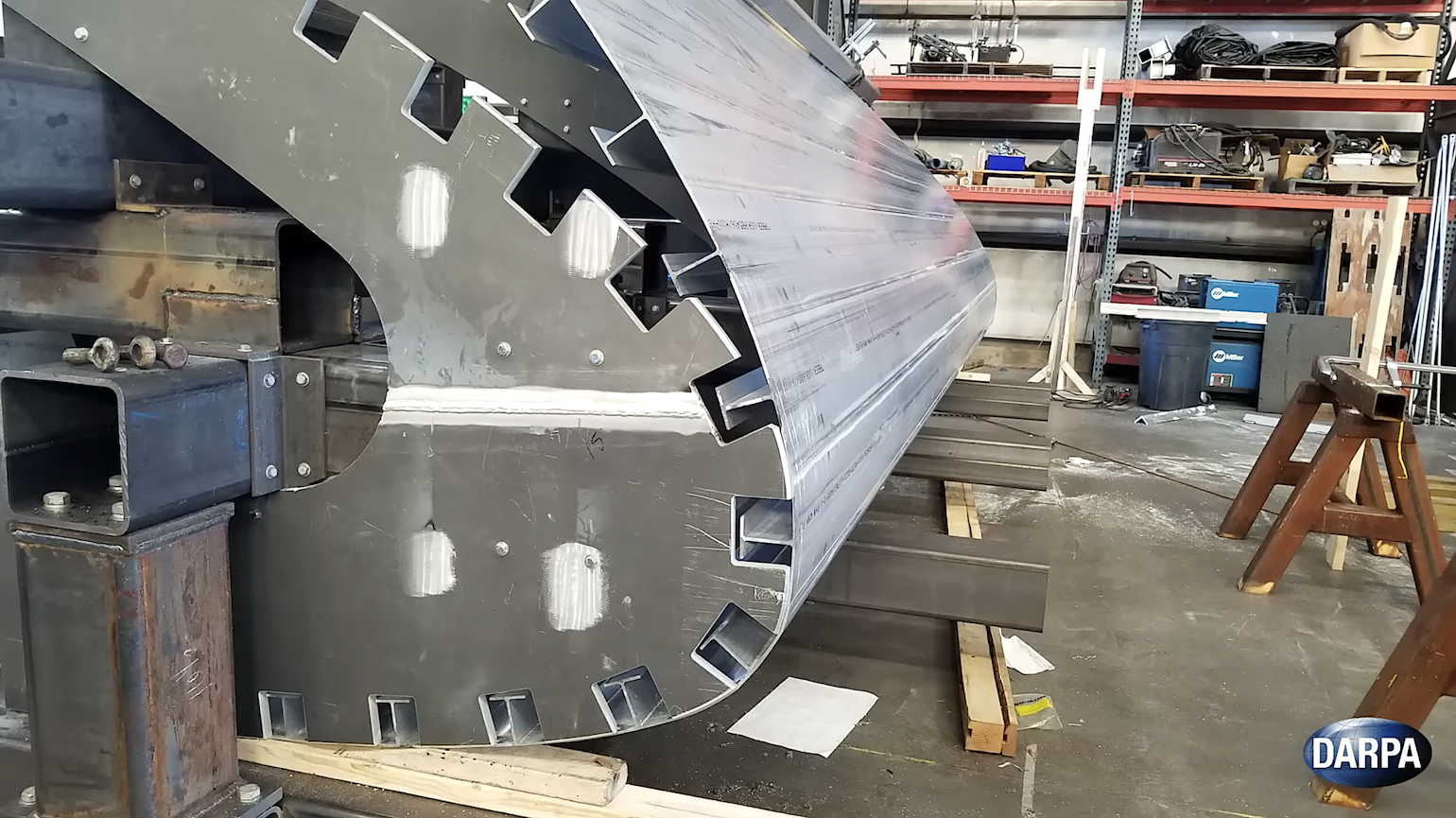 DARPA assembled a sample wing section of the Liberty Lifter to verify the utility of low-cost materials and techniques for the plane.

The Liberty Lifter aircraft, on the other hand, could be even more durable than conventional planes because of their heavier construction. “It is a robust design for relatively long life,” Walan explained. Additionally, the plane’s low-altitude use means that the cabin isn’t pressurized like it is on high-altitude jets like the C-17. “Pressurization cycles really wear on the aircraft,” he noted.

These planes will be able to ferry military supplies to locations without airfields, or where airfields have been damaged, as long as there is water nearby. They will also be useful for rapid disaster response to events like earthquakes and hurricanes, Walan pointed out. “Seventy-five percent of people live within 100 miles of the coast, so if you can get to the coast, you can reach them,” he said.

Additionally, the eventual manufacturer of Liberty Lifters can reasonably expect commercial interest in the planes too, as they provide a lower-cost, more-efficient alternative for trans-oceanic shipping that can take a full day to make the trip rather than a matter of hours.

DARPA will issue a contract for conceptual preliminary design later this summer, to be followed by detail integration and then flight by 2027.