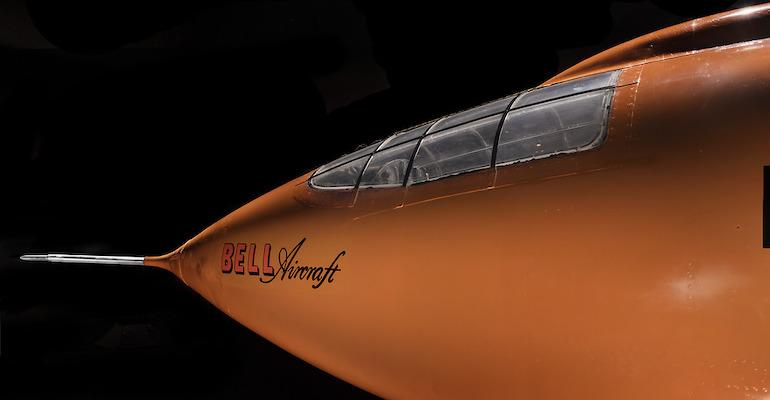 Start Slideshow ›
Slide inside the cockpit with this gallery of the famous "Glamorous Glennis" Bell X-1 rocket plane that first broke the sound barrier.

Most of us are familiar with the bright orange, bullet-shaped Bell X-1 rocketship that legendary test pilot Chuck Yeager used to break the sound barrier for the first time on Oct. 14, 1947. Some of us may recall seeing the flight re-enacted in the fantastic film, “The Right Stuff,” which seems to be a mostly accurate portrayal of the event.

But the Bell X-1 that Yeager flew has hung from the rafters of the Smithsonian National Air & Space Museum since it opened in 1976, so we couldn’t see many of the plane’s details up close.

Related: Beyond the Right Stuff: Why the First Man on the Moon Had to Be an Engineer

Fortunately, Smithsonian has helped bring us closer to the famous plane by releasing photos for us to enjoy.