Tell Us the Best and Worst Science and Engineering Movies 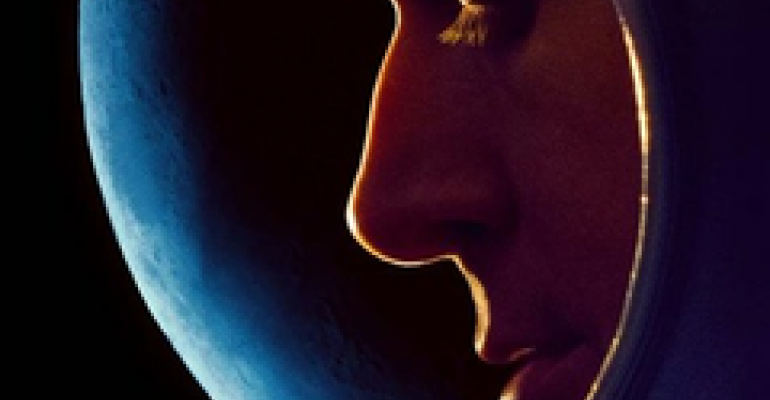 The film industry is still producing strong science and engineering movies. Here are some of the best, and worst, of recent years.

It’s time once again for the Annual Design News Science and Engineering Movie Contest – the contest that names no winners, awards no prizes, isn’t really a contest, and appears every few years.

This year, to make it seem more like a real contest, we sought the opinion of Sidney Perkowitz, emeritus professor of physics at Emory University and author of several books on science movies, including Hollywood Chemistry and Real Scientists Don’t Wear Ties, as well as a new physics book called Physics, A Very Short Introduction.

The good news, Perkowitz said, is that Hollywood is still producing some strong science films, even in an era dominated by superhero flicks. He cited several good ones from the last few years, including two popular biopics, Theory of Everything and The Imitation Game. Both, he said, fell within his guideline for good science films, which is that they should either do the science right, or do the scientist right. Theory of Everything was the better of those, he said, because it so successfully portrayed Stephen Hawking. “This movie came under the heading of doing the scientist right,” Perkowitz said. “It made Hawking come alive as a person.”

The Imitation Game, he said, was similarly strong, but for a different reason. It accurately portrayed the science behind Alan Turing’s development of computing technology in the late 1930s and early ‘40s, especially his work in breaking Nazi communication codes during World War II. “The movie brought out the fact that he played a big role in World War II,” Perkowitz said. “That was great drama.” He also said the film accurately noted that Turing had been sinned against for being gay. But he dinged the film for inaccurately adding a fictional sub-plot about a spy operation, which he noted was flatly untrue.

On the fiction side, Perkowitz pointed to two stellar science films from the past few years, both of which explored the growing field of artificial intelligence. Moon, he said, compellingly told the tale of a man alone on the far side of the moon, mining helium-3 for fusion power, and interacting only with a robot that had artificial intelligence. The other film, Ex Machina, examined a world with growing hostility between humans and intelligent robots, which could pass for human. Perkowitz gave both films high marks, but saved his highest praise for Moon. “The movie has almost a poetic mood to it, which is usual,” he said. “It’s a standout among science films.”

The Design News movie panel (which consists of me), would also like to cite three strong engineering films from the last few years. The best of those, First Man, tells the tale of Neil Armstrong, who was the first person to set foot on the moon (50 years ago this month). First Man demonstrates how far movie makers have come since their 1950s hey-days, when they produced astonishingly inaccurate aerospace movies like Breaking the Sound Barrier (1952). First Man offered a solid depiction, not only of moon-landing physics, but of Armstrong himself, proving that Hollywood can make historically-accurate movies, and do so compellingly.

Other strong engineering films include Clint Eastwood’s Sully, which tells the harrowing story of Captain Chesley Sullenberger, the pilot who made the successful emergency landing of a commuter jet on the Hudson River in 2009. And then there’s The Martian, which was equal parts science and engineering, notable for its depiction of an astronaut alone on Mars, using his technical knowledge to fashion life-saving solutions.

No movie list would be complete, of course, without a nod to some of the best science films in movie history. In years past, Design News readers have overwhelmingly cited Ron Howard’s Apollo 13 as their runaway favorite. Other highly-cited films include The Day the Earth Stood Still (1951 version), The China Syndrome, The Right Stuff, Star Wars, Blade Runner, Tucker, Iron Man, Flight, Flash of Genius, Gravity, The Martian, Arrival, A Beautiful Mind, Mosquito Coast, No Highway in the Sky, 2001 A Space Odyssey, and October Sky.

Finally, there’s the question of the worst science and engineering films. We here at the Design News Movie Panel are philosophical about the sensitive art of the cinema, but some movies really do stink. Perkowitz cited The Sixth Day, an Arnold Schwarzenegger film in which a machine cranks out 40-year-old cloned humans, for its particular brand of stinkiness. He also mentioned the 2003 disaster film, The Core, for a scene in which a character describes science as a “best-guess” process. “As someone who spent a lot of time getting a PhD, I was insulted, as any scientist or engineer would be,” Perkowitz said.

Among the stinkers, the Design News panel would also like to cite two more noteworthy films. The wonderfully mindless Plan 9 From Outer Space is recognized by many as the worst film of any kind, ever. And then there’s Clambake, in which Elvis Presley stars as a chemical engineer who invents a superior boat coating called “goop.” Theoretically speaking, Clambake could give Plan 9 a run for its money, if only the Design News panel could make it through a screening without dozing off.

There are, of course, many more science and engineering films, both good and bad. We encourage Design News readers to weigh in with your best and worst in the space below. And remember, all entries will not be postmarked and prizes, valuable or otherwise, will not be awarded.

A note from the author: This is my final story as a member of the Design News editorial staff, as I’m retiring. It’s been a great run. Over the years since 1987, Design News has given me the opportunity to sit in a spacecraft at NASA, stand on the runways at Edwards Air Force Base, test my vehicle-handling skills on ice fields in northern Minnesota, and visit the engineering departments of the world’s biggest automakers. My greatest joy, though, has been to write for the engineering community. It’s a great community – the smartest and most important in the world, I believe. And I’ve been honored to have been allowed to talk directly to it, first through the pages of Design News, and later through its website. Thank you all – very much -- for reading us.