HomeElectronicsBeyond the Right Stuff: Why the First Man on the Moon Had to Be an Engineer
Recent
Electronics
Researchers Study an Impenetrable Vintage Atari Game Algorithm
Nov 24, 2021
Black Friday and Cyber Monday – Fighting Chip Shortages and Cybersecurity
Nov 23, 2021
Design News Celebrates 75 Years
Nov 23, 2021
8 Great Car Gadgets to Update Your Ride
Nov 23, 2021
POLL
General Motors Charges to the Aid of Dealers Installing EV Charging Stations in their Communities
Nov 23, 2021
The Fundamentals of AR and VR – and how the Military Is Using Them
Nov 22, 2021
10 Best Family Cars for Going Over the River and Through the Woods
Nov 22, 2021
Smart Packaging is Seamlessly Powered by Humans
Nov 21, 2021

Beyond the Right Stuff: Why the First Man on the Moon Had to Be an Engineer 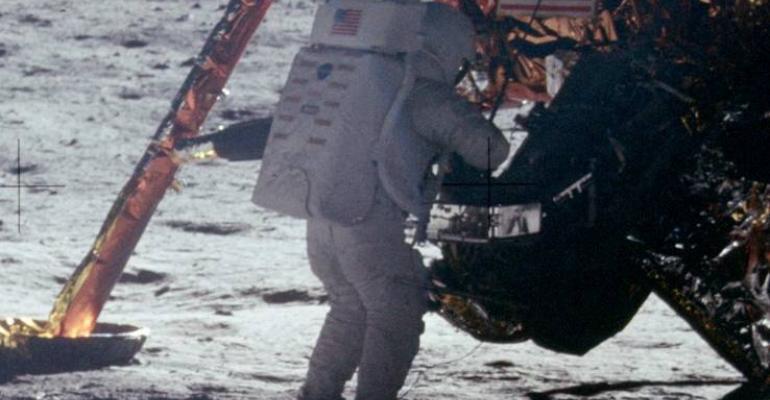 SPACE WEEK 2019: Much like the astronauts who preceded him, Neil Armstrong was as much an engineer as a test pilot.

The first man to set foot on the moon was an engineer, and for good reason.

Neil A. Armstrong had all the skills and knowledge that the National Aeronautics and Space Administration (NASA) needed to do the job. He was a test pilot who had flown rockets and he was an engineer who understood the complicated systems necessary to land a lunar module in the vacuum and low-gravity atmosphere of the moon.

“It’s the combination of those things that made him very proud,” James R. Hansen, author of the best-selling biography, First Man: The Life of Neil A. Armstrong, told Design News. “His identity as a test pilot and astronaut was never separate from his identity as an engineer. He felt they were part and parcel of the same thing.”

Nor was Armstrong alone. All his predecessors in the Mercury, Gemini, and Apollo programs were technical to the core. And even among those, Armstrong stood out. “He was an engineer-plus,” Hansen said. “The other astronauts had the engineering backgrounds. But they didn’t have the depth or richness of experience as a functioning, working, professional engineer that Neal had.”

Popular culture seldom recognizes it that way, however. The 1979 book, The Right Stuff, celebrated the early astronauts for their work as test pilots, barely alluding to their engineering backgrounds. And that image was permanently etched into American history for decades afterward.

In describing the so-called “right stuff” qualities, author Tom Wolfe wrote that the idea “seemed to be that a man should have the ability to go up in a hurtling piece of machinery and put his hide on the line and then have the moxie, the reflexes, the experience, the coolness, to pull it back in the last yawning moment – and then go up again the next day, and the next day and every next day, even if the series should prove infinite – and ultimately, in its best expression, do so in a cause that means something to thousands, to a people, a nation, to humanity, to God.”

But the book – a masterwork by most accounts – was only half-right in its depiction of the right-stuff qualities, historians say. “The book suggests that (Chuck) Yeager was the one with the right stuff, but that’s not really true,” Hansen said. “Yeager was a great stick-and-rudder guy, but the real ones with the right stuff were the guys like Armstrong and the others who were engineer-pilots. Yes, they were great pilots, but they also had an understanding of the systems and technology that was highly professional.”

Indeed, a quick look at the backgrounds of the early astronauts bears out Hansen’s assertion. The original “Mercury Seven” astronauts, colorfully depicted in Wolfe’s book, all earned degrees in engineering, or had degrees from the US military academies, which were essentially engineering degrees, even if not identified as such.

The study of thermodynamics and circuit theory was neither as romantic nor as poetic as the commonly-held right-stuff imagery, but it was nevertheless critical to who the astronauts really were, historians say. “Gus Grissom once said, ‘I fell in love with the steam tables,’” noted George Leopold, author of Calculated Risk: The Supersonic Life and Times of Gus Grissom. “Guys like him and (Wally) Schirra and John Young were doing all doing the guts of the aircraft -- the wiring, the voltages, the nuts and bolts.”

Moreover, the astronauts were earning engineering degrees in an era when most Americans hadn’t finished high school. In First Man, Hansen points out that during the 1940s, less than one in four Americans completed high school, and only about one in 20 went on to college.

Still, the need for education kept growing as the astronaut program evolved. The second wave of nine astronauts, including Armstrong, were deliberately selected for their greater technical acumen. Most had earned degrees in aerospace or aeronautical engineering from such schools as Cal Tech, Princeton, Georgia Tech, Michigan, and Purdue. Later, astronauts Buzz Aldrin and Ed Mitchell even brought PhDs from Massachusetts Institute of Technology.

“When they selected the second group, they were looking for engineering know-how related to matters such as how to rendezvous and how to dock with another spacecraft,” Leopold said. “The astronauts were chosen to be able to help with that. They were tops in their fields, world class.”

Indeed, the chosen astronauts had to be a part of an extraordinarily broad engineering effort. Even on matters outside their areas of expertise, they still needed to be able to communicate in the language of engineers. They needed to have familiarity with material science, thermodynamics and fluid mechanics, as well as matters involving voltages, currents, and power draws.

Engineering played such a huge role that the astronauts couldn’t afford to simply be stick-and-rudder pilots, historians say. At one point, there were more than 400,000 engineers and technicians contributing, not only at NASA, but at contractor sites around the country. Many worked more than 16 hours a day in pursuit of President John F. Kennedy’s dream to put a man on the moon by decade’s end. And the astronauts had to be an integral part of that culture, working countless hours, while sometimes walking outside to stare at the moon for inspiration.

“If they started a test at the Cape on a spacecraft, they didn’t leave until the test was completed,” Leopold told us. “Sometimes the test lasted a week. They would just keep going and sleep in the hangar, and take turns working until the test was finished.”

Armstrong was perfect for such a culture, historians said. He pitched in on the design of a crane-and-cable assembly to help simulate lunar landings, and was notorious for bringing engineering teams to the brink of exhaustion. “The engineers said they would play cards and drink coffee because they never knew when Armstrong would quit,” Leopold said. “Sometimes, he would go all night.”

At times, the intensity also brought engineers to the breaking point. When three astronauts – Grissom, Ed White, and Roger Chaffee – died in a tragic fire in 1967, the pressure on the engineering community grew. There were reports of marriages breaking up, and even suicides.

“One engineer said, ‘We came back like gladiators,’” Leopold recalled. “They were focused and they were going to fix it.”

It was in the midst of that high-pressure cooker environment that the astronauts played a key role. They served as part of a team that was required to invent new technologies and combine systems that had never been combined before. They had to figure out how to integrate electrical, electronic, and mechanical systems, and make them work – all with a man aboard. Moreover, they had to do it flawlessly.

Armstrong’s biographer said the “first man” was in his element amid such efforts. He had previously served, not only as a rocket pilot on the X-15, but as an engineering research test pilot at Edwards Air Force base. His blend of engineering experience and test piloting was perfect for the mission. “The research test pilot is really an engineer in the cockpit,” Hansen told us. “It’s about looking for data and learning about the man-machine interface in the medium he’s flying in.”

Armstrong’s background -- he held a BS from Purdue and an MS in aeronautical engineering from USC -- enabled him to play a key role in conceptualizing a vehicle that could simulate flight in a low-gravity lunar environment. The resulting vehicle later became the lunar landing research vehicle, and finally evolved into a trainer that Armstrong used incessantly. “None of the other astronauts could have done anything like that,” Hansen said, referring to his conceptualization.

Given such engineering contributions, Armstrong in later years grew frustrated with the pop culture image of astronauts as old-fashioned, scarf-out-the-window, flyers. It was particularly frustrating, Hansen said, because Armstrong felt he was equal measures engineer and test pilot. “When he left NASA in 1971, he had all kinds of opportunities to run for political office or to be a corporate executive,” Hansen said. “And what did he decide to do? He chose to go to the University of Cincinnati to teach aerospace engineering.”

Another of his goals was to write an engineering textbook, Hansen added. Although he could have authored a book to top The New York Times list, it wasn’t his desire. “That tells us a lot,” Hansen said. “He never wanted to get too far out of his lane.”

Speaking at a press gathering many years later, Armstrong summed up his affinity for engineering. “I am, and ever will be, a white socks, pocket protector, nerdy engineer,” he said.

It was vintage Armstrong. “That’s how he saw himself,” Hansen recalled. “And that’s who he really was.”