Would Wearing Electronic Components Like Clothes be a Fashion “Don’t?” 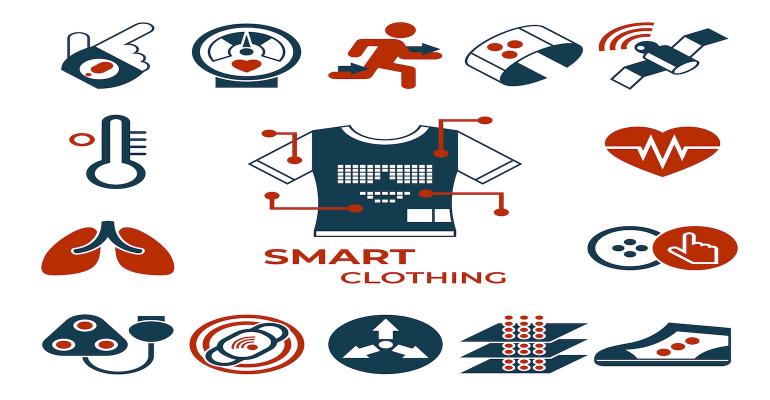 Method paves the way for more comfortable and user-friendly wearable electronic smart clothing and other garments.

Researchers have combined a longstanding printing method with materials science to produce a new way to develop wearable technology and other smart garments.

Researchers at Oregon State University have developed a printable ink based on binary metal iodide salts that can thermally transform into a perovskite, one of a broad class of crystalline materials that is better known for its use in photovoltaics. This transformation paves the way for electronic components, like circuits, to be directly woven onto textiles as a new way to fabricate wearable electronics, they said.

Thanks to the perovskite film, researchers in the team of Chih-Hung Chang, professor of chemical engineering at Oregon State, succeeded in printing negative-temperature-coefficient thermistors directly onto woven polyester at temperatures as low as 120 degrees Celsius—which is just higher than the boiling point of water.

“Much effort has gone into integrating sensors, displays, power sources, and logic circuits into various fabrics for the creation of wearable, electronic textiles,” he explained in a press statement. “One hurdle is that fabricating rigid devices on cloth, which has a surface that’s both porous and non-uniform, is tedious and expensive, requiring a lot of heat and energy, and is hard to scale up.”

One solution is to fabricate the devices on something solid and then apply them to the textile, but this is clunky in its design, Chang said.

“It limits the flexibility and wearability of the fabric and also can necessitate cumbersome changes to the fabric manufacturing process itself,” he said in a press statement.

Chang’s team worked with thermistors, which are a type of electrical component known as a resistor. The device controls the amount of current entering a circuit.

The work specifically involved what are called negative-temperature-coefficient (NTC) thermistors, the resistance of which decreases as the temperature increases. This characteristic makes them well-suited for use in temperature-related sensors, he said.

“A change in resistance due to heat is generally not a good thing in a standard resistor, but the effect can be useful in many temperature detection circuits,” Chang explained in a press statement. “NTC thermistors can be used in virtually any type of equipment where temperature plays a role. Even small temperature changes can cause big changes in their resistance, which makes them ideal for accurate temperature measurement and control.”

In addition to reducing the energy it takes, being able to fabricate the circuit-enhanced textiles at a lower temperature using a common printing process also increases compatibility with different kinds of textiles, Chang said. This makes them suited for the development of a wide range of smart clothing or devices that can be worn on the body that is more user-friendly and comfortable, he said.

“The simplicity of our ink, the process’s scalability, and the thermistor performance are all promising for the future of wearable e-textiles,” Chang said in a press statement.