Wearable Sensors Printed Directly on the Body Without Heat 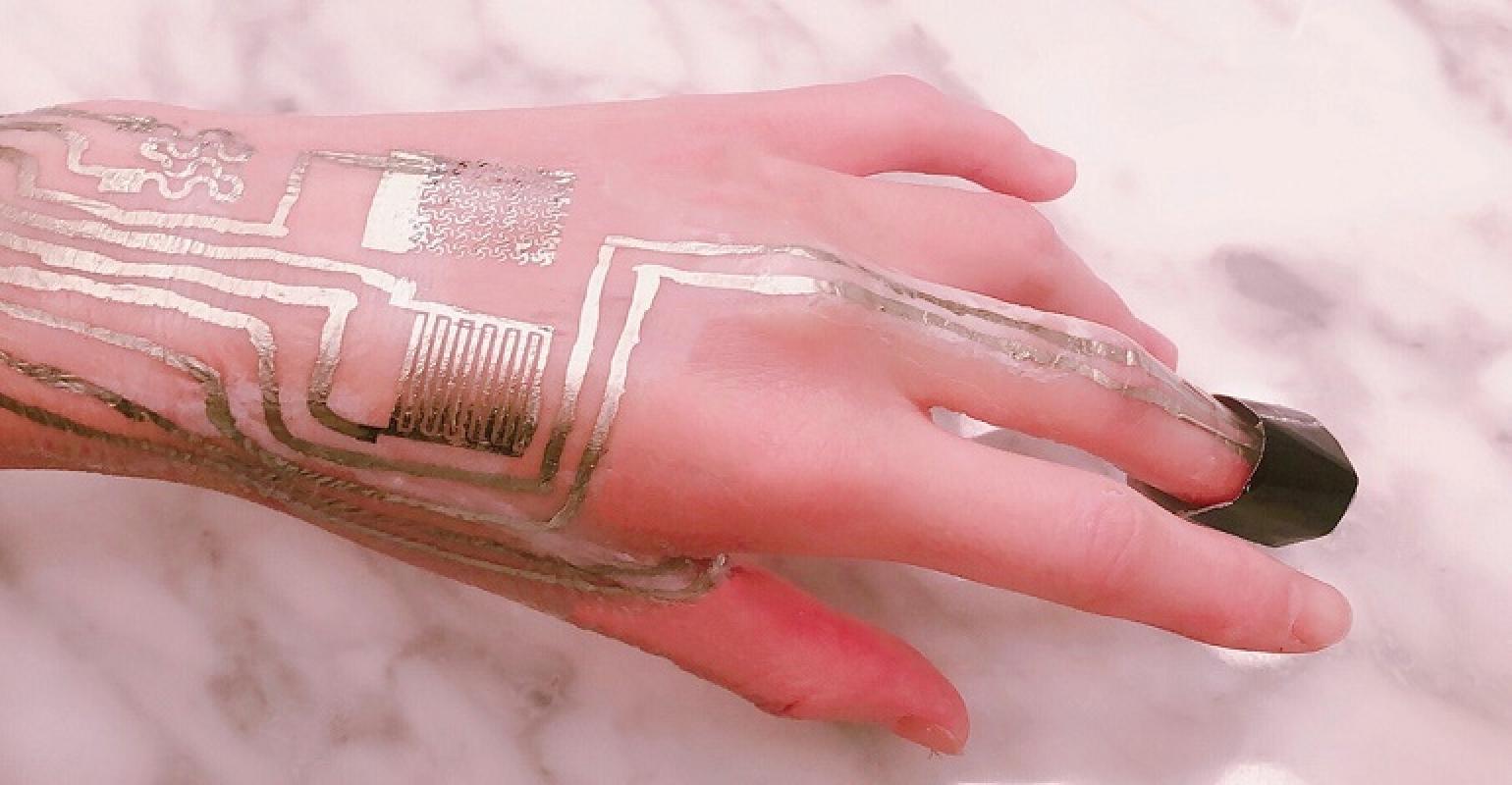 With a novel layer to help the metallic components of the sensor bond, an international team of researchers printed sensors directly on human skin. To do so, they had to achieve a technique that allowed them to sinter at room temperature.
Researchers can print sensors directly onto human skin in a new way that doesn’t require the use of heat.

Researchers have already developed wearable sensors that can be worn like a second skin to monitor people’s health. Now a team at Penn State University has gone a step further and actually managed to print sensors directly onto human skin in a novel way that doesn’t require the use of heat.

A team led by Huanyu “Larry” Cheng, a professor in the Penn State Department of Engineering Science and Mechanics, developed the process, which uses a less invasive way to sinter wearable sensors onto the skin than what would typically be required.

Related: Wearables Market Has Banner Year, and then Came COVID-19

Metallic components in sensors often are bonded together through sintering, a process that requires temperatures of around 572 degrees Fahrenheit (300 degrees Celsius). Indeed, Cheng and his team previously developed flexible printed circuit boards for use in wearable sensors that included silver nanoparticles held together by sintering.

This technique would not be possible for printing components directly onto the skin, however.

“The skin surface cannot withstand such a high temperature, obviously,” Cheng said in a press statement. “To get around this limitation, we proposed a sintering aid layer—something that would not hurt the skin and could help the material sinter together at a lower temperature.”

The solution researchers devised is to add a nanoparticle to the mix of silver particles, which allow them to sinter at a lower temperature than is typical—about 212 F (100 C). However, even this temperature is enough to burn skin, which forced them to further change the formula as well as the printing material until they could print at room temperature.

The layer allowed for printing ultrathin metal patterns on human skin that can bend and fold to support body movements while still maintaining electromechanical capabilities.  Once the sensor is printed on the skin, the researchers use an air blower—a hairdryer set on cool, for example—to remove water that is used as an ink solvent.

“The outcome is profound,” Cheng said of the results in a press statement. “We don’t need to rely on heat to sinter.”

Once printed, the sensors could continuously capture data such as temperature, humidity, blood oxygen levels, and heart performance signals. The team also linked the sensors to a wireless data-transmission network so they could monitor the signals in real-time.

Not only did the technique allow for a safe way to print sensors on human skin, but it also has a low impact on the environment and provides little excess material waste. The sensor can maintain its functionality in tepid water for a few days but is easily removed by a hot shower.

Researchers published a paper on their results in the journal ACS Applied Materials & Interfaces.

The team plans to continue its work to alter the technology to target specific applications, potentially for use in determining symptoms of COVID-19 and other common illnesses.