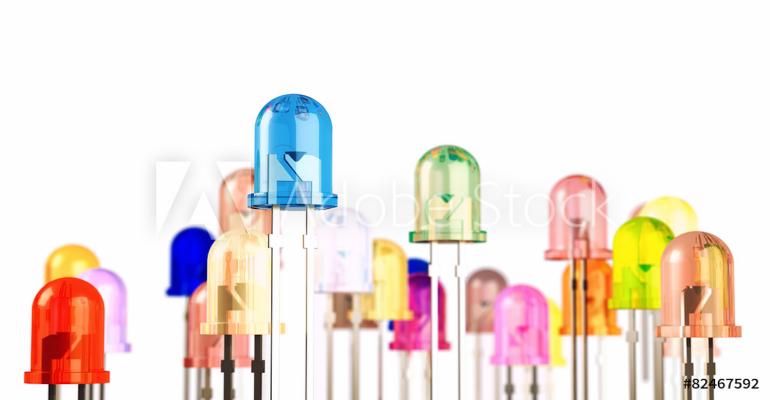 Isamu Akasaki was honored many times for his work on the blue LED. The history of that invention is worth reading.

Japanese physicist Isamu Akasaki, the acknowledged inventor of the first efficient blue LED and co-winner of the 2014 Nobel Prize in physics, died at the age of 92. He died of pneumonia on April 8, 2021, said a representative from Meijo University where he was a professor.

At the start of this year, Akasaki was named with other innovators for the 2021 Queen Elizabeth Prize for Engineering for fundamental advancements in solid-state lighting. Honored for their achievements were Isamu Akasaki (Meijo/Nagoya), Shuji Nakamura (UCSB), Nick Holonyak Jr (University of Illinois), M. George Craford, and Russell Dupuis (GA Tech).

LED technology has become a crucial part of the modern world. The global industry for visible LEDs is predicted to be worth over $108 billion by 2025. LED lighting is 75 percent more energy-efficient and 25 times longer lasting than traditional incandescent lightbulbs, thus helping to significantly reduce carbon dioxide emissions. Various types of LED-based technologies are being used to grow food, illuminate our spacecraft for astronauts and even play a surprising role in fighting COVID-19 by sterilizing air and water.

A LED is a semiconductor light source that emits light when current flows through it. In 1962, the U.S. patent office issued James R. Biard and Gary Pittman from TI the patent for the GaAs infrared light-emitting diode. It was the first practical LED. The earliest LEDs emitted low-intensity infrared (IR) red light. Other colors of LEDs later emerged.

Demonstrating that even the best and brightest of inventors stand on the shoulders of past achievements, it’s worth noting that in the 1970s, while at Stanford, Wally Rhines (CEO Emeritus of Mentor Graphics) co-invented the magnesium-doped gallium nitride blue light-emitting diode. Rhines, along with Herb Maruska and David Stevenson, was awarded a U.S. patent in 1974.

Isamu Akasaki built directly on this gallium-nitride research. When he was a professor at Nagoya University, he worked with Hiroshi Amano to produce gallium nitride crystals and succeeded in 1989 in creating the world’s first blue LED. Eventually, he won the 2014 Nobel Prize in Physics, along with Amano and Shuji Nakamura.

In 1997, Akasaki was honored by the Japanese government with the Medal with Purple Ribbon, an honor bestowed on those who have made contributions to academic and artistic developments. 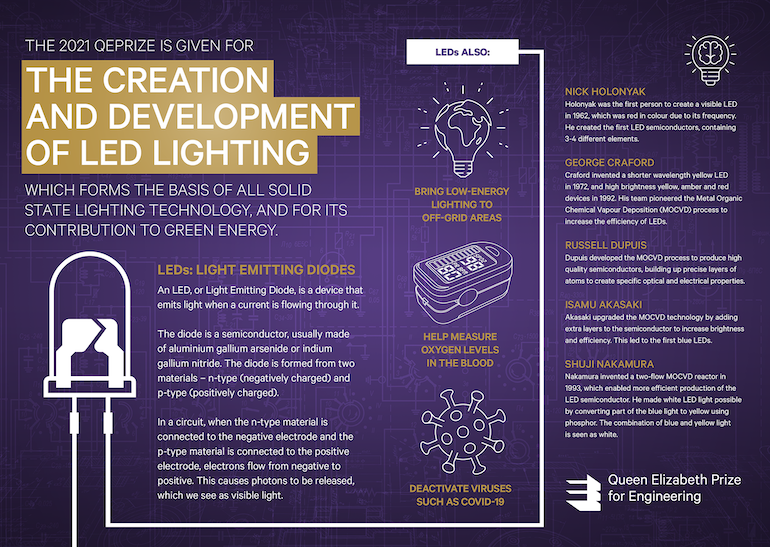 Creation and development of LED Lighting.