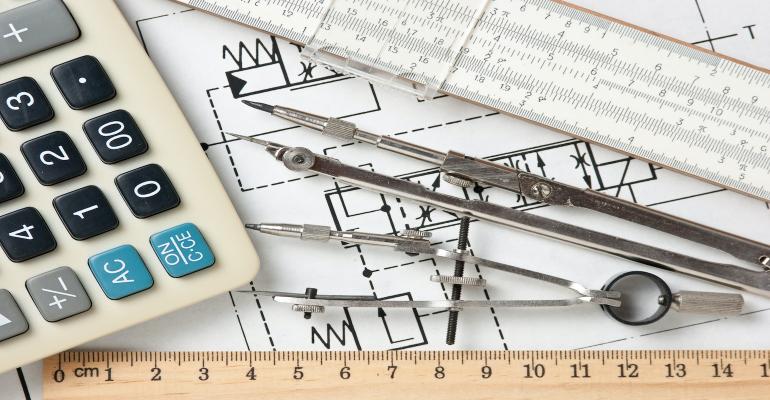 Back in my college days I became pretty adept at using a slide rule, learning, with my fellow engineers, a valuable part of the engineering method. Slide rules forced me to estimate the results of calculations (in my head or on paper) to determine the placement of the decimal point.

Although I wanted to be faithful to my slide rule, I must admit I was excited the first time I saw an electronic calculator. They weren't much faster than slide rules, but the sleek new machines offered greater accuracy. Even more impressive-the calculator kept track of the decimal point! But therein lies the problem: Calculators do such a good job tracking the decimal point that engineers and others no longer have to estimate the results of their calculations.

So who cares about some old engineer reminiscing about using a slide rule? I believe many engineers today, especially the younger generation, do not take the time to check their results, results that had to be checked in the leather-holstered-slide-rule-on-your-hip era. Indeed, with the death of the slide rule, engineers lost more than a cool belt ornament.

Today, engineers often use numerical simulation software without understanding the fundamentals and limitations of the software's underlying physical models and numerical methods. If engineers don't understand the fundamentals of the analysis, how can they check the results? Too often, the order of the day is: run the simulation, deliver the results, and move on to the next project without bothering to check.

Now, these engineers are smart people, but all too prone to accepting simulation output without the slightest amount of critical analysis. Gone are the days of back-of-the-envelope calculations. They've disappeared along with empirical formulas offering order-of-magnitude estimates. Also disturbing is the failure to analyze the error resulting from assumptions and idealizations made in setting up the cases. What would their customers think if they knew the magnitude of uncertainty in the solutions engineers offer to design problems?

Estimation and validation of engineering results is a key ingredient in engineering judgment. Dr. Edward Teller, the famous physicist credited with developing the hydrogen bomb, observed the first atomic test at Alamogordo, NM in 1945. Just after the shock wave passed, Dr. Teller dropped a piece of paper from his hand. He counted the seconds it took for the paper to hit the ground and observed the distance it traveled. From this, Dr. Teller estimated the velocity behind the shock and mentally derived an estimate for the yield (energy release) of the atomic explosion. Honestly, how many engineers or scientists could do that today?

What calculation Dr. Teller performed in his head I do not know, but I have always been impressed with the fact that he could do it. It is an example of what good engineers need to do. If Dr. Teller returned to his lab to find computed results showing the yield to be ten times his estimate, do you think he would have been suspicious?

I cannot honestly say that learning the slide rule really made the difference, or if it was some other part of my training that led me to always check my calculations and question the results. I am quite certain, however, that not nearly enough engineers are doing this today. There is no excuse for not checking the results.