HomeElectronicsBuild Amazing Mechanical Circuits That Run Just Like Electronic Ones. But how?
Recent
Electronics
Will I See You at the Virtual 2022 RT-Thread IoT OS Global Tech Conference?
May 27, 2022
Novel Silk-Protein Eyed for Tendon Repair
May 27, 2022
NTT Data Powers Indy 500 Predictive Analytics
May 27, 2022
At NI Connect: More Companies Discuss Benefits of Test
May 27, 2022
POLL
Supplier News is Checking Out Programmable Automation Controllers
May 27, 2022
What's the Latest in Additive Manufacturing?
May 26, 2022
Top Gun: Maverick Roars into Theaters
May 26, 2022
New 3D Printing Technique Prints Glass for Microstructures
May 26, 2022

Build Amazing Mechanical Circuits That Run Just Like Electronic Ones. But how? 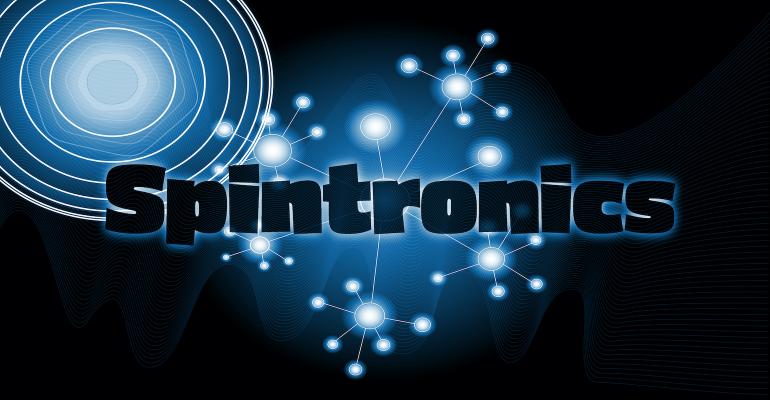 Using Spintronics, you can build mechanical circuits that run just like electronic ones and feel the pull of voltage and watch the current flow.

Every now and then – but not as often as you might hope – you run across someone who sees things in a different way. It’s even rarer to meet someone who can take their visions and turn them into reality. One such person is Paul Boswell.

I first came into contact with Paul when he and his wife Alyssa launched their Turing Tumble Kickstarter in 2017 (good grief, was it really four years ago?). The Turing Tumble is a type of game where kids from 8 to 80+ build mechanical computers powered by marbles to solve logic puzzles.

The Turing Tumble is easy-to-learn, lots of fun, mildly addictive, and while people are playing with it, they’re also learning how computers work. I was one of the early backers of this Kickstarter. I have my Turing Tumble here in my office. Sometimes when I’m stressing out over something I’m writing, I’ll take a break and spend a few minutes implementing a marvelous marble-powered masterpiece that brings a little smile back to my face.

As Paul said in the “Story” portion of the original Kickstarter: “When I was a professor at the University of Minnesota, I saw how valuable it is for all students to be coders. I have three young kids, and I've tried all sorts of games to build their interest in coding. The problem is that they all treat computers like abstract black boxes. They overlook the fundamental, most amazing concept: how simple switches, connected together in clever ways, can do incredibly smart things. Kids learn best when they use their senses to explore concepts. Turing Tumble is the only game that lets kids see and feel how computers work. The logic isn’t hidden inside a computer chip -- it’s all right there in front of them. It builds logic and critical thinking skills, fundamental coding concepts, and grounds their understanding of computers.”

It's true! It’s true! And it’s not just kids. Many of my friends are not members of the engineering community and are baffled and bewildered by anything to do with electronics and computers. But it doesn’t take them long to get into the swing of solving a puzzle with my Turing Tumble, after which they are amazed when I say something like, “This is pretty much the way a computer works, except all of these mechanical computing elements, are implemented using transistors.”

When Paul and Alyssa kicked off that original Kickstarter, they were hoping to raise $40,000 to pay for the injection molds required to implement the Turing Tumble. You can only imagine their surprise when they raised over $400,000, which prompted Paul to leave his job to work on this stuff full time. At the time of this writing, they’ve sold well over 100,000 Turing Tumbles. They sell direct to individuals, to schools, and to specialty toy stores, and they sell around the world from warehouse partners in the US, UK, NL, AU, CA, and NZ. If you want to know more or order one for yourself, visit their TuringTumble.com website.

But that’s not what I wanted to tell you about (sorry).

A few days ago, I received an email from Paul in which he announced some exciting news. It seems that, for the past couple of years, he’s been working on a new concept called Spintronics. As Paul said in his message to me: “As you know, electronics is famously difficult. It's invisible, and it's abstract. You can't see or touch or feel it, so it's difficult to understand it. Instead, we have to rely on advanced math to understand it, putting it out of reach for most adults and almost completely out of reach for kids. I spent the last three years creating the first physical equivalent of electronics ever built. It's called ‘Spintronics.’ With this, you can build mechanical circuits that run just like electronic ones. The mechanical circuits are tangible and way more intuitive than electronic circuits. For the first time ever, you can feel the pull of voltage and watch the current flow. You can mess with a circuit using your fingers and see what happens.”

Now, I’ve seen all sorts of hydraulic, pneumatic, and mechanical mechanisms in my time, but I’ve never seen anything like Paul’s Spintronics. Take a look at this short teaser video, which can convey the underlying concepts far faster than I could hope to do.

As you will see, if you visit the Spintronics Kickstarter, this bodacious beauty is presented in two parts called Act One and Act Two. Each part is accompanied by a beautifully illustrated comic storybook that weaves progressively more challenging puzzles for the reader to start.

I was going to say that I would love to have young kids so I could use them as an excuse to pledge to this Spintronics Kickstarter, but then I realized that in just a few days at the time of this writing, I’m going to be celebrating my 100th birthday (assuming we are counting in base-8 -- I’ll only be 64 for those of you who are still struggling along in base-10) and I don’t actually need an excuse. I want a Spintronics installation on my desk, and I’m not ashamed to say so! How about you? Can you be tempted to dip your toes in the Spintronics waters?