Automotive Chip Shortages Only Part of the Problem 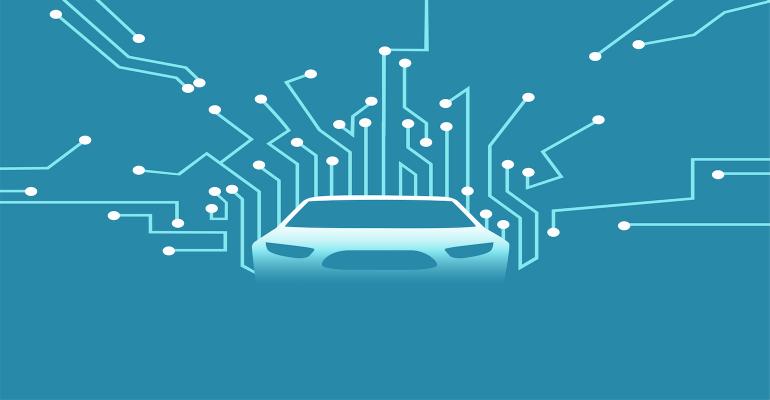 Predicated automotive chip shortages have become a reality but a deeper supply chain issue may emerge.

In the early part of 2020, industry experts and analysts predicted shortages in the semiconductor chip supply chain for use in automotive applications. To prevent the spread of the COVID-19 virus and to deal with dwindling car sales from travel restrictions, automakers across the globe had to closed plants. As a result, semiconductor companies had to divert production to other areas, like the rising need for work-from-home (WFH) technologies to deal with the pandemic. Now that automakers are slowly recovering, there simply aren’t enough chips.

As early as June 2020, Omdia researchers reported that COVID-19 would greatly impact automotive power semiconductor revenues. At that time, Omdia stated that power electronics for cars would see a fall in demand that would cause a revenue decline by 16% in 2020.

Around that same time, DN cited an IDC report that expected the overall semiconductor market to decline by 4.2% as the global economy fought to recover from the pandemic. Excluding the DRAM and flash markets, semiconductors were expected to decline by 7.2%. The demand for semiconductors would be very uneven across the different applications markets, for example, it would be especially bad in the automotive electronics space.

In June of last year, Fitch Solutions Country Risk & Industry Research predicted that a second wave of the COVID-19 outbreak could stall recovery in the global automotive sector, even before it started. This is as the re-implementation or the extension of safety measures, such as movement restrictions and business operating restrictions, will see demand for new vehicles falling further.

All of those predictions are now being realized. In addition to the shuttering of chip production due to the pandemic, the problem was exacerbated last summer after the Trump administration-imposed sanctions on 11 Chinese companies for alleged labor abuses.

The automotive industry isn’t the only one who is suffering. Chip shortages have forced Apple to delay the rollout of its latest lineup of iPhones until late October and early November 2021. This delay is more than a month later than usual for the release of Apple smartphones.

While production of semiconductor devices is slowly beginning to ramp up, experts note that it typically takes six to nine months of lead time for the industry to deliver chips via a complex web of global suppliers. Still, the global semiconductor market is expected to grow in value to $129 billion in 2025, according to Mordor Intelligence. Such a growth amount would be almost triple that of 2019.

This rosy growth prediction assumes there will be no impact to the global semiconductor supply chain. But changes are brewing for the world’s largest chip manufacturing fab, namely, TSMC.

Tensions remain high between the US and China in the semiconductor space. These troubles have been exacerbated by the recent news that Taiwanese manufacturers are leaving China over trade tensions and rising costs. Perhaps even more damaging was the recent U.S. Department of Defense (DoD) announcement of sanctions against four Chinese companies, including Semiconductor Manufacturing International Corporation (SMIC), which is the leading foundry in China. This follows the U.S. government’s earlier sanction announcements on SMIC with the Export Administration Regulations (EAR).

As a result of these sanctions, SMIC will be barred from receiving any U.S. investments. Further, the move threatens SMIC’s supply of semiconductor equipment and materials, plus China’s R&D efforts at advanced process nodes. Taken together, the sanctions will greatly impact China’s goal of semiconductor independence.

How will President-Elect Biden deal with these problems? From his past track record, it appears that he will probably bring the government, U.S. allies, international institutions, and active partners into the mix to spur technology innovation and help deal with China’s 2025 initiative.

Biden is also likely to increase regulations on the tech industry to ensure compliance and to prevent the theft of intellectual property (IP) held by U.S. companies. While not a certainty, he may also lessen Trump's initiatives that exert ownership control over emerging U.S. companies that partner with Chinese firms.

President-Elect Biden has already shared his plan for the semiconductor technology space via his, “Made in All of America” manifesto. The plan calls for $300 billion in new funding over four years for R&D and leading-edge technologies like AI and quantum computing.  He has also called for U.S. semiconductor supply chain resiliency, which may mean supporting the Common Hardware for Interfaces, Processors and Systems (CHIPS) Act, which could help by providing a refundable federal investment tax credit for construction of semiconductor manufacturing facilities and equipment – e.g., a TSMC Fab in Arizona.

Recent news suggests that TSMC is looking for other locations to ensure its dominance in the semiconductor foundry space – as well as deal with continued tensions between Taiwan and mainland China. In addition to a new fab in Arizona, TSMC is looking to build an advanced packaging faculty in Tokyo. The two sides will soon sign a memorandum of understanding and form a 50-50 joint venture for the project, Taiwan’s United Daily News reported, without saying how large investment for the plant might be.